Woulda, Coulda, Shoulda: What You Can Learn From Pre-Retirees’ Top 3 Mistakes 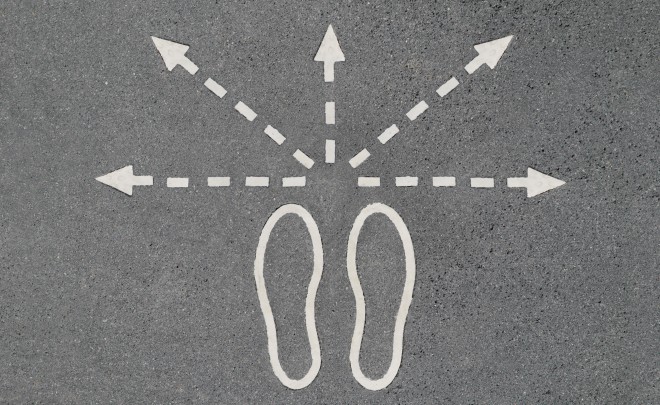 Researchers recently asked people nearing retirement what specific things they wish they’d done differently to better prepare for their post-career lives. Here’s your chance to go to school on their answers.There’s no shame in making retirement-planning mistakes. But it would be a shame not to learn from other people’s mistakes if you have the opportunity to do so. And now you do.

In May, researchers for TIAA-Cref’s Ready-to-Retire Survey asked people age 55 to 64 what steps they wish they had taken during their working years to increase their chances of achieving a secure retirement. You’ll find their answers below, along the percentage of people who wished they’d made each of these moves. Think of it as your chance to turn their hindsight into your foresight, and boost your retirement prospects by learning, and profiting from, their mistakes.

1. They wished they’d started saving sooner (52%). Retirement can seem like a far-off horizon in the early and even the middle stages of your career. Which makes it easy to put off  committing to a serious savings regimen to some vague date in the future. But procrastination can seriously stunt the eventual size of your nest egg.

If that same person waits just five years until age 30 start saving for retirement, his nest egg would shrink to just under $645,000 at 65, or roughly $185,000 less than with the earlier start. And if this 25-year-old doesn’t begin saving until age 35, come retirement time his 401(k)’s value would be about $492,000, or about 40% less than had he started in his mid-20s. Better to understand now the bite procrastination can take from retirement security and start saving sooner rather than later.

2. They wished they’d saved more of their paycheck (47%). Given the financial obligations we must take care of in the present—paying the mortgage, funding health insurance, raising a family—it’s not surprising that saving for the future often gets short shrift. That said, if most people take a hard-enough look at their budget, they can usually find smart ways to free up extra bucks to save for retirement.

And it doesn’t take a huge bump in annual savings to significantly boost the eventual size of your nest egg. For example, by just upping the percentage of salary saved from 10% to 12%,  the 25-year-old above would end up with a nest egg of just under $1 million at 65 compared with almost $830,000 by saving at a 10% rate. And if through a combination of his own retirement-plan contributions plus any employer-provided match, he can increase his annual savings to 15% of salary—the level recommended by the Boston College Center For Retirement Research—he would have $1.2 million at retirement. The key is to free up those extra bucks for saving as early in your career as you can to maximize the benefit of long-term compounding of investment returns.

Check Out: 3 Questions To Ask Before Rolling Over an IRA

3. They wish they’d invested more aggressively (34%). This one is tricky. Yes, investing more of your retirement savings in stocks can lead to higher long-term returns and boost the eventual size of your retirement stash. For example, if our hypothetical 25-year-old saves 15% annually but earns a 7% vs. 6% annual investment return, his age-65 nest egg would jump to nearly $1.6 million.

But a more stock-intensive portfolio is also more vulnerable to setbacks, such as the 57% tumble stock prices took between October 2007 and March 2009. The key is arriving at a  portfolio of stocks and bonds that can deliver solid long-term returns that’s also compatible with tolerance for risk, which you can gauge with a Risk Tolerance Questionnaire.

Check Out: How To Make Your Savings Last A Lifetime

Fortunately, pulling off that balancing act between risk and return is eminently doable. And while the near-retirees surveyed didn’t say anything about investing expenses, I will: namely, whatever mix of stocks and bonds you eventually settle on, you’ll increase your chances of earning a higher return if you stick to investments with low fees.   (11/24/14)