Worried You’ll Outlive Your Nest Egg? Here are 5 Ways To Ensure You Don’t 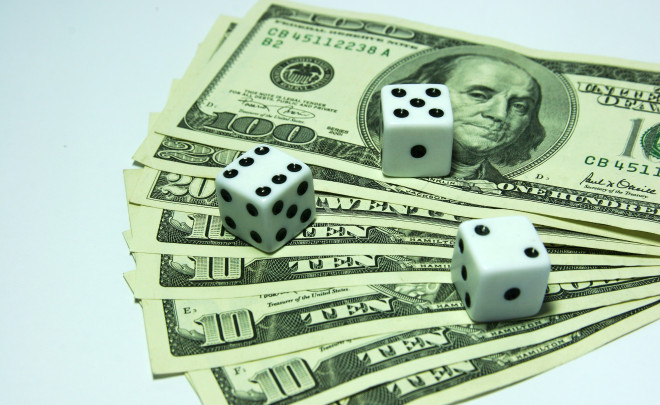 A recent Northwestern Mutual study shows that two-thirds of Americans 18 and older believe there’s at least some chance they’ll outlive their retirement savings, with 34% putting the probability at greater than 50-50 and 14% saying they’ll definitely run out. And yet, more than 44% of those surveyed admit they’ve taken no steps to avert that possibility. Whether you’re still building a nest egg or have already begun drawing on it, here are five ways to reduce the odds of your savings running out.

1. Build a bigger savings stash. If retirement is still a ways off, your single biggest defense against prematurely depleting your nest egg in retirement is to build a larger one while you’re working. The reason is simple: more savings will give you greater flexibility for managing withdrawals from your nest egg, not to mention a bigger cushion to absorb market setbacks and those unexpected expenses that always seem to pop up.

Clearly, the more years you have until you call it a career, the greater your opportunity to rack up extra bucks by saving more. A 30-year-old earning $45,000 and receiving 2% annual raises would gain nearly an extra $330,000 by age 65 if he saves 15% of income a year instead of 10%, assuming a 6% annual return. But a concerted effort to ramp up savings even late in one’s career can still have a considerable impact. For example, even if the 30-year-old above waits until age 50 to bump up his savings rate to 15%, he would add an additional $90,000 over the final 15 years of his career. And if he managed to save yet another 5% annually in that final stretch, he’d have an extra $180,000. That’s not to say you can’t run through a larger nest egg. But the bigger your account balance, the more wiggle room you have.

2. Do a retirement budget. Many people enter retirement with a vague notion of the expenses they’ll face, often expecting their spending will automatically decline. Big mistake. As recent research from the Employee Benefit Research Institute shows, nearly half of retirees increase their spending immediately after retiring, sometimes by more than 20%.

Which is why if you really want to get an accurate view of your likely expenditures—and, in turn whether you’ve got a large enough stash to cover them—you need to do a retirement budget. It doesn’t have to be accurate down to the penny. You can always revise it as you go along. But you should try to make sure it takes account of as many of your expenses as possible. Two free online resources can help with this task. BlackRock’s Retirement Expense Worksheet allows you to enter more than 50 separate items in eight categories, including household expenses, medical costs, family care expenditures and  outlays for travel and entertainment. Fidelity offers a similar worksheet within its Retirement Income Planner tool that also lets you designate which expenditures are essential as opposed to discretionary, a feature that can be helpful in assessing how much maneuvering room you’ll have for cutting spending should you need to do so at some point in the future.

How Does the 4% Rule Work—And Should You Follow It?

3. Estimate how long you’ll need your savings to support you. If you assume that your life expectancy should be your guide for estimating how long you’ll need your nest egg to last, you may be in for rude surprise. The reason is that while life expectancy represents the number of years on average someone of a given age is expected to live, there’s a good possibility you may be around longer than that.

By plugging such information as your age and health status into a new tool, the Actuaries Longevity Illustrator, you can get an idea of just how much longer. For example, the tool shows that while a 65-year-old man in average health has a 50% chance of living to age 85, he also has a 25% chance of making it to 92 and a 10% chance of living to 97. Couples should have even longer planning horizons. For example, there’s a 25% chance that at least one member of a 65-year-0ld couple (man and woman) will live to 97, and a 10% chance one will still be around at 101.

The upshot: rather than planning as if you’ll live to a specific age—and running the risk that you’ll have little or no savings left if you live longer than that—you’re better off considering the chance that you could still be alive and kicking at different ages, and basing your spending on that possibility.

4. Settle on a sustainable withdrawal rate. Once you begin tapping your nest egg for retirement income, you have two goals: withdraw enough income to cover your expenses and maintain an acceptable lifestyle but not so much that you deplete your savings too soon or find yourself forced to downsize your standard of living late in life. Assuming you want your nest egg to last at least 30 years, that typically means starting with an initial withdrawal rate of 3% to 4% of assets—or $15,000 to $20,000 from a $500,000 nest egg—and then adjusting that dollar amount annually by the inflation rate to maintain purchasing power.

Whatever initial rate you start with, however, you’ve also got to be ready to raise or lower withdrawals in response to changing conditions. So, for example, if the stock market takes one of its periodic nosedives, you may need to pare back your planned withdrawals for a year or two in order to give your savings stash a chance rebound. Otherwise, the combination of your withdrawals and investment losses from the market setback could put such a large dent in your nest egg that it may not recover sufficiently even when the market rebounds, increasing the risk of depleting it prematurely.

On the other hand, if the market performs well and the value of your nest egg soars, you may want to boost withdrawals. Otherwise, you could end up with a larger-than-expected savings balance in your dotage, when you’re not as apt to enjoy extra spending. You can get a sense of whether you ought to increase or decrease the amount you pull from savings by going to a retirement income calculator that uses Monte Carlo assumptions to estimate how long your assets are likely to last and plugging in such information as your nest egg’s current balance, how your investments are allocated between stocks and bonds and your planned level of withdrawals.

5. Determine whether more guaranteed income might help. If you want even more assurance that you’ll have income flowing in no matter how the markets perform and no matter how long you live, you can always consider buying additional guaranteed lifetime income. I say “additional” because you’ll already have such income in the form of your Social Security benefits. If Social Security payments alone cover all more most of their essential expenses, chances are don’t need an annuity. Similarly, an annuity typically wouldn’t make sense if your health is poor and you doubt you’ll make it even to life expectancy, let alone beyond. But if you need or would simply feel more secure with secured income beyond what Social Security provides, then devoting a portion of your nest egg to an annuity is worth considering.

Confused About Annuities? Here’s A Plain-English Explanation of How They Work

There are many kinds of annuities out there, but there are two types that I think make the most sense for retirees looking to convert a bit of savings into a lifetime income stream: immediate annuities, which as their name implies, begin making payments immediately; and longevity annuities, which start making payments in the future, sometimes 10 or 20 years down the road. So, for example, a 65-year-old man who invests $100,000 in an immediate annuity would receive roughly $540 a month for life. If that same 65-year-old were instead to invest $50,000 in a longevity annuity that begins making payments at age 85, he would receive about $2,000 a month. To see how much you might receive investing different amounts at a variety of ages, check out this annuity payment calculator.

Be aware, though, that annuities can get complicated, so before you commit to one, check out these five tips for choosing the right annuity and get answers to these three key questions before you buy.   (6/15/16)