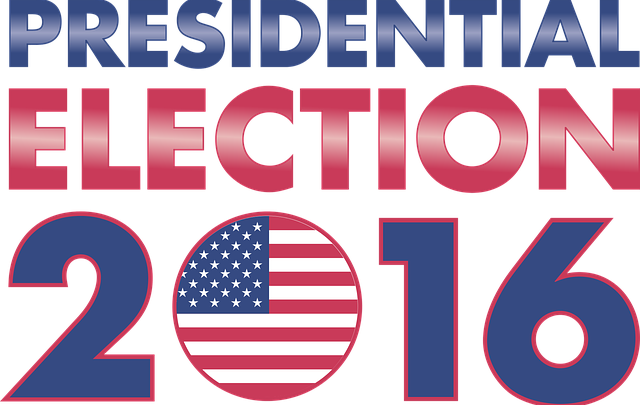 Whatever your political leanings, I think we can all agree that this has been one wacky presidential election campaign. But you know what’s even crazier? Investing your retirement savings or any other money on the basis of who will occupy the White House come January. Here’s why.

The only thing more prevalent this year than repetitive stump speeches and self-serving rhetoric from political candidates are the plethora of articles from the financial press suggesting you should factor presidential politics into your investing strategy. Some stories come at the issue indirectly, citing research that looks at how the market has performed in presidential election years or which political party tends to be linked to more robust investment returns. The implication is that you should take such info into account when investing your savings for retirement or other goals.

Other stories actually recommend industries or stocks that should fare better with a given candidate in the Oval Office. So, for example, if Hillary is elected, certain health-care companies would supposedly do well as she attempts to expand Obamacare. A Trump presidency, on the other hand, could be “huuuuge” for Mexican construction materials company Cemex, which might supply the cement for that infamous wall The Donald wants to build (and have Mexico pay for). And should Bernie Sanders against all odds end up residing at 1600 Pennsylvania Avenue, investors who buy smaller banks might “feel the bern” of higher returns, so to speak, as the senator from Vermont takes an axe to major banks and other large financial institutions.

When I read such stories, a word that starts with a “b” immediately jumps to mind. But since there’s already too much coarse language being bandied about on the campaign trail these days, I’ll go with a sanitized substitute: Balderdash! Which is to say I think you would be doing yourself a huge disservice if you re-jigger your investments based on this kind of advice.

Why? Let’s set aside the fact that picking investments now on the expectation that a certain candidate will win the election amounts to a gamble in and of itself, as we still have nearly six months of campaigning to go before voters actually cast their ballots (as opposed to merely telling myriad pollsters how they’ll supposedly vote). But even if you wait until after the results are in and home in on the industries or companies that would theoretically benefit under the new administration, you’re committing your money on the basis of a fundamentally flawed assumption—namely, that just because the president favors a specific policy that he or she will automatically be able to put it in place.

Follow These 4 Rules For Retirement Investing—And Ignore Everything Else

Our political system doesn’t work that way. There are lots of other players out there—members of Congress, lobbyists, activist groups across the political spectrum—who are simultaneously pursuing their own agendas, many of which will conflict with a presidential campaign promise. So there’s no guarantee that a policy you expect will boost the prospects of a particular sector of the economy or specific firms will become the law of the land or, even if it does, how long that may take.

And even if you’re prescient enough to predict that a given program or piece of legislation will become reality in a timely manner, that doesn’t necessarily mean that a supposedly favored firm will do as well as predicted. A whole host of other factors can and do affect a company’s performance, including the level of interest rates, the outlook for inflation, energy prices, the rate of economic growth, the competence of its managers, to name just a few. Assuming a company will excel just because its business aligns in some way with an administration’s goals is simplistic at best.

Finally, there’s the all-important issue of price. The gain you earn on a particular stock depends not just on how well the business performs, but the price you pay for its shares. And when you’re talking about companies that have been talked up by investment advisers and widely touted in the press as likely to benefit from an administration’s policies, chances are the companies’ improved prospects are already reflected in their price by the time you buy.

Indeed, as more and more people become convinced that a particular company may excel under a given administration, the greater the chance that investors could push its price so high that it becomes overvalued, in which case those late to the game may have to settle for subpar gains, or worse. In short, unless you’re investing in a stock that’s flying below the radar—or you have insights into a company’s future performance that investors as a whole lack—your chances of earning outsize risk-adjusted gains are slim.

Do This 15-Minute Portfolio Check-up Now

So if you want to read for entertainment value about which investments to buy or avoid based on who wins the White House, by all means enjoy! And if you have some money you’re not really counting on for your financial security and you want to take a flier by investing in a supposedly favored industry or company, fine. Go at it.

But when it comes to the money you’ll be depending on for retirement or other goals, stick to tried-and-true methods of investing. Create a mix of bonds that’s appropriate given your risk tolerance and how long you plan to keep that money invested (which you can do with this risk tolerance-asset allocation tool) and largely leave that mix alone except to rebalance. Diversify broadly, but not too broadly. And keep costs down by sticking as much as possible to low-fee index funds or ETFs.

I think you’ll find that this approach, which has helped investors achieve financial security through election and non-election years in the past, will continue work well regardless of who ends up taking the oath of office on January 20, 2017.            (5/25/16)