Why You Shouldn’t Abandon Bonds 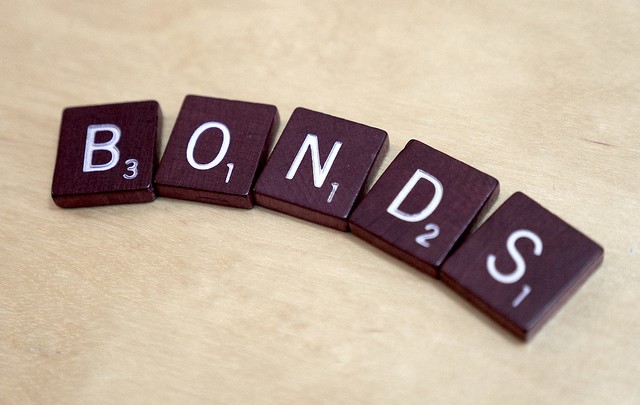 I’m about to retire and, aside from a hefty cash reserve, I plan to invest my savings in a 50-50 mix of stock and bond funds. I see lots of articles, however, saying to stay away from bonds because interest rates are about to rise, which means bond prices will decline. Should I go ahead with my plan or should I stay away from bonds?

I get your wariness about including bonds in your retirement portfolio. After all, the bond market works a bit like a seesaw with interest rates, or bond yields, at one end and bond prices at the other. When bond yields, go up, bond prices go down, and vice versa.

But it’s wrong to assume that just because bond yields are so low today that they have nowhere to go but up. For about six years now, people have been predicting that bond yields “must” rise and bond prices “must” fall. But, aside from a few sporadic upward movements in recent years followed by retreats, bond yields have remained depressed. The oft-predicted increase in yields—and rout in bond values—has yet to come. In recent months bond yields have trended down even further, in some cases (10-year government bonds in Germany and Japan, for example) even slipping below zero and moving into negative territory.

So if you had taken the advice of the bond doomsayers, say, five years ago and fled to cash to wait things out until bond yields ticked up, you would have likely earned well below 1% annually on your money vs. an annualized 4% or so in a broadly diversified investment-grade intermediate-term bond fund.

It looked like things might begin to change back in December when the Federal Reserve nudged the federal funds rate upward for the first time since 2006. That action led many investors to believe the Fed would follow with more fed-funds hikes that would ultimately lead to higher bond rates as well. But since that December increase of a quarter of a percentage point, the Fed has held off pushing the fed funds rate any higher because of concerns about lackluster economic growth.

At this point, it’s still unclear when the Fed will resume its plan to boost rates. But if anything, the outlook for bond yields has become murkier in the wake of Brexit, or British voters’ decision last week to withdraw from the European Union, which creates even more uncertainty about the prospects for growth around the world. So despite the often strong opinions expressed about the inevitability of rising bond yields, the truth is that no one really knows the direction they’re headed or, for that matter, the timing of any moves.

Given all that, I think it would be foolish for anyone investing their savings for long-term goals, such as saving for retirement or living off his or her investments after retiring, to abandon bonds. Fact is, whatever one may believe about the path of future yields, bonds still remain a good way to diversify a portfolio and provide ballast in times of stock-market turbulence.

5 Questions To Ask Before Hiring A Financial Adviser

For example, when stocks lost 37% in 2008, the broad taxable bond market gained more than 5%. Indeed, when Vanguard looked at the track record of various investments during the worst months for stock performance between 1988 and August 2015, it found that high-quality bonds performed significantly better during those periods than such alternatives as commodities, dividend stocks, hedge funds and REITs.

Of course, the seesaw effect I mentioned earlier dictates that bond prices will decline when interest rates eventually rise (which I assume they will at some point). But it’s important to put this in perspective. As long you’re holding a broadly diversified portfolio of short- to intermediate-term high-quality bonds, the potential setback isn’t likely to be anywhere close to the huge routs we’ve seen in stocks during past bear markets. And while rising rates are bad for bonds and bond funds in the short-term, climbing yields can actually boost returns on a diversified portfolio of bonds over the long haul, as interest income and proceeds from maturing bonds are re-invested at higher rates.

All of which is to say that I think you should proceed with your plan to include bonds in your retirement portfolio. The 50-50 stocks-bonds mix you mention sounds reasonable for someone entering retirement. But if you’d like to make sure that this allocation reflects your tolerance for risk, you can complete this 11-question asset allocation-risk tolerance questionnaire. In addition to suggesting how to divvy up your portfolio between stocks and bonds, this tool will also show you how various blends of stocks and bonds have performed in the past on average and in both up and down markets. To see how long your retirement investments might last given different stocks-bonds allocations and withdrawal rates, you can check out this retirement income calculator.

The easiest way to get diversified bond exposure is to invest in a total U.S. bond market index fund or ETF that tracks a benchmark like the Barclays U.S. Aggregate Bond Index. Such a fund recently had a duration—a measure of a bond or bond fund’s sensitivity to interest-rate movements—of about 5.8 years, which means if interest rates rise one percentage point, the fund’s price would decline by roughly 5.8%. A two-percentage-point rise would send the price down approximately twice that amount, although the fund’s interest payments would soften the blow somewhat. You can find a bond fund or bond ETF’s duration by going to Morningstar.com, plugging in its name or ticker symbol and then clicking on the “Portfolio” tab.

Can You Invest Your Entire Nest Egg In Stocks If You Consider Social Security A Bond?

If you want more protection against rising rates, you can go with a short-term bond fund—for example, Vanguard Short-Term Bond index fund has a duration of just over 2.7 years—or you could split your bond stake between a total bond market and a short-term bond index fund. You can diversify your bond stake further by including an international bond fund and, for a bit of an inflation hedge, perhaps a Treasury Inflation-Protected Securities fund. If you’re investing in a taxable account, you might also consider making a high-quality municipal bond fund part of your bond stake.

But I’d be wary of venturing, as some investors seeking higher yields do, into high-yield, or junk, bond funds, as they’re generally more volatile than investment-grade funds and don’t hold up as well in periods of economic and market stress. (In 2008, for example, the average high-yield bond fund lost 26%, not a whole lot more comforting the stock market’s 37% loss.) And while dividend stocks can play a role in the stock portion of your portfolio, they’re considerably more volatile than bonds, and thus not an appropriate bond substitute.

The bottom line, though, is that I don’t think it makes any more sense to try to time the bond market than the stock market. So if you’re looking to create a retirement portfolio that has the potential to perform decently in a variety of conditions and that you can reasonably rely on to support you throughout retirement, then a diversified mix of stocks and bonds that you periodically rebalance is the prudent way to go.  (6/27/16)