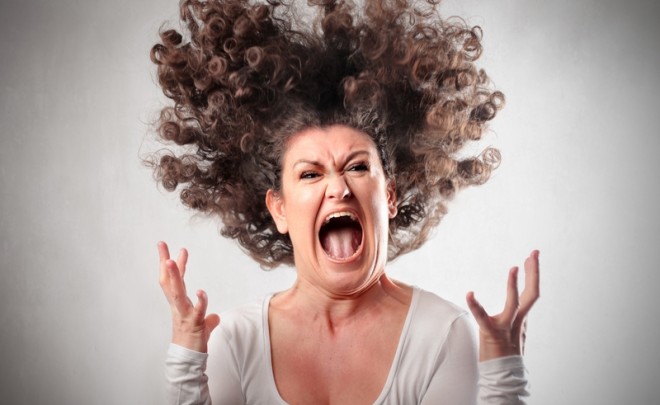 Political upheaval, a major industrialized country stripped of its triple-AAA credit rating, markets around the globe reeling as investors dump stocks in panic—yes, Brexit has brought all this and more. But we’ve seen market and economic turmoil often enough before to know that just because pundits are making “end of the world as we know it” predictions, it doesn’t mean they’ll necessarily come true—or that you should react to them. Here’s a look at how we fared in three recent scares, followed by the lessons we can take from them.

1. Standard & Poor’s downgrades U.S. Treasury debt. If S&P’s decision on Monday to lower Britain’s triple-AAA credit rating two notches to AA struck you as a move that virtually guarantees Armageddon-like consequences, then perhaps you forgot this: S&P stripped the U.S. of its AAA rating nearly five years ago. After several warnings of possible downgrades early in 2011 related to political wrangling over raising the U.S. debt ceiling, on August 5th S&P announced that it had lowered its rating on U.S. sovereign debt one notch from AAA to AA+. S&P said the downgrade reflected, among other things, its view “that the effectiveness, stability, and predictability of American policymaking and political institutions have weakened at a time of ongoing fiscal and economic challenges.”

Not surprisingly, some analysts worried that borrowing costs for the U.S. government would rise, possibly triggering an increase in interest rates for consumers, businesses and states and local governments. There were even concerns the U.S. could slip into recession. Investors were spooked as well. The stock market, which had already begun falling from its earlier spring highs due at least in part to the debt-ceiling issue, plummeted another 6.6% on the first day of trading following the announcement.

But while stock prices remained highly volatile over next two months, by December the market had regained the ground it lost after the post-downgrade plunge. By summer of the next year stocks were back above their 2011 highs. As for concerns about higher interest rates, Treasury yields actually dropped, in part because in the face of all the uncertainty, many investors figured, ratings decline or no, U.S. government debt remained a good safe haven.

2. Before there was Brexit, there was “Grexit.” The notion of a member country leaving the European Union didn’t begin with the U.K. Since at least as far back as 2010, climbing debt levels and other problems with the Greek economy raised the possibility that Greece might be forced to exit the EU—hence, Grexit.

Even though Greece is a relatively small economic player, many investors worried that its problems, as well as those of other heavily indebted countries like Portugal and Spain, could disrupt other European economies and undermine investors’ faith in the EU. Some even feared that Greece’s woes could act as a Lehman Bros.-like trigger for a global recession. So when a bailout plan considered a done deal suddenly seemed at risk last June, that was enough to send U.S. stocks down more than 2% in a single day, the largest one-day drop in two years.

Greece’s economy is still a mess, but fears that its troubles would jeopardize the stability of larger economies around the globe and trigger prolonged stock selloffs have proved unfounded, at least to date.

3. China Syndrome: Slower growth in China spurs fears of a worldwide meltdown. For years, China’s rapidly expanding economy helped drive global growth and push up stock prices around the globe. But that all began to change last year. China’s economy began slowing dramatically and its stock market went into meltdown mode, nosediving nearly 50% between mid-June and late July. As investors began to worry that China’s slowdown might drag other major economies down with it, U.S. stocks tanked as well, plunging 12% between July and the end of September and, after a brief recovery, sliding again early this year on more reports of economic weakness in China.

Slowing growth in China remains a concern, but predictions of a China-led worldwide economic contraction have yet to pan out. Meanwhile, U.S. stocks seemed to be largely recovering from their late 2015-early 2016 selloff—until Brexit sent shares plummeting again.

I’m not saying that the scenarios above mean you should ignore Brexit or any other economic or market shock. Or, for that matter, that in the face of a brewing crisis you should blithely assume everything will work out fine. After all, some scares do turn out to be the start of something big, witness the deteriorating housing and mortgage markets that helped trigger the 2008 financial crisis and subsequent Great Recession and the dot-com bust in 2000 that ushered in a gut-wrenching bear market.

But the point is that in the initial stages of any major crisis, including Brexit, you can never be really sure whether things will deteriorate into a full-blown catastrophe that inflicts massive financial damage, or whether after dominating the headlines for a while and rattling investors’ nerves, things will settle down—until the next crisis-du-jour comes along.

Given that inherent uncertainty, the most effective way to protect yourself against a potentially devastating financial upheaval is to make sure that you’ve got your savings in a diversified mix of stocks and bonds that you can stick with even if the market goes into a steep and prolonged slide. (To see if your current asset mix is right for you, check out this risk tolerance-asset allocation questionnaire.) Keeping a cash reserve equal to, say, three to six months’ living expenses is also a good idea, so you don’t have to dip into retirement savings or other investments should a faltering economy lead to job losses.

Beyond that, your best move is to avoid making any dramatic changes in your portfolio that you may later regret, and then take at least some comfort in knowing that history shows even severe downturns eventually give way to a recovery.  (6/29/16)