Why High Stock Prices May Mean Less Income In Retirement 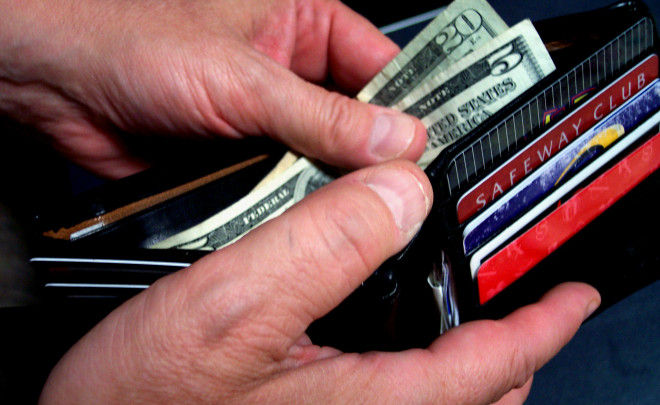 The bull market of the past eight and a half years has pushed stock prices to record levels, boosting retirement account balances in the process. But new research shows that for anyone who’s retired or about to call it a career there may be a downside to the market’s big run-up : namely, today’s inflated stock values are expected to lead to far more modest investment gains in the years ahead, which could means retirees will have to withdraw less from their nest egg if they want to avoid outliving their savings.

This isn’t the first time that researchers have advanced the notion that lower projected investment returns could reduce the amount that retirees can safely pull from their retirement portfolios each year. Morningstar’s David Blanchett and The American College of Financial Services’ Wade Pfau and Michael Finke warned several years ago that retirees need to re-evaluate their withdrawal strategies as a result of unusually low interest rates.

But a recent paper by Justin Sibears, a managing director at Newfound Research, should serve as a wake-up call for anyone who hasn’t gotten the message, or worse yet, mistakenly believes that the market’s strength in recent years means retirees will be able to rely on more generous payouts from their savings.

If anything, the opposite is likely to the true. Given the prospect for more muted returns in the future, writes Sibears, “retirement withdrawal rates that were once safe may now deliver success rates that are no better—or even worse—than a coin flip.”

To demonstrate why that’s the case, Sibears first calculated how much retirees might safely withdraw with various mixes of U.S. stocks and Treasury bonds over 116 rolling 30-year periods from 1871 to 2016. During that span, stocks gained an annualized 9% and Treasuries returned 5.3% annually. Sibears found that as long as retirees started with a reasonable withdrawal rate (say, an initial draw of 3% to 4% subsequently adjusted for inflation) and maintained even a minimal exposure to stocks (at least 20%), the chances were 90% or higher that their savings would last at least 30 years.

The picture changes dramatically, however, if you assume future investment returns will be substantially lower. For example, when Sibears did the same analysis but adjusted returns downward to reflect projected annual gains of 5.3% instead of 9% for stocks and 3.1% rather than 5.3% for bonds—estimates largely in line with what several major investment firms are forecasting for the years ahead—the chances of retirees’ savings lasting at least 30 years fell dramatically.

For example, assuming the more subdued returns, a 4% withdrawal rate has a success rate no higher than 67%, and reaching even that level requires an aggressive 80% allocation to stocks, well beyond what many, if not most, retirees are likely willing to devote to equities. Assume a more modest exposure to stocks in line with retirees’ risk tolerance, say 40%, and the success rate drops to 50%, which means half the time retirees’ savings won’t last 30 years.

A 3% withdrawal rate holds up much better, but lower returns still have a significant impact. For example, even a portfolio with 20% or less in stocks has a 95% or better chance of lasting 30 or more years based on historical returns. But to achieve a success rate of 90% or better with a 3% withdrawal rate and lower projected returns, retirees must devote a more substantial portion of their savings to stocks, upwards of 40% or more.

All of which suggests that the luxury of retirees being able to stick to portfolios invested entirely or almost entirely in bonds and cash yet still draw enough from savings to live on may, for now at least, be pretty much a thing of the past.

It’s important to remember, of course, that we’re talking about projections here. No one knows for sure what gains the financial markets will deliver in the future. Still, if you accept the premise that returns going ahead will likely significantly lag those of the past—which seems reasonable to me—then you need to factor that possibility into your retirement income planning.

So, as a practical matter, what should you do? The single most important thing is to start out in retirement with a reasonable withdrawal rate. Yes, investment returns and your asset allocation are important. But as I’ve explained before, the withdrawal rate matters even more when it comes to determining how long your savings are likely to last.

People can, and do, argue about what constitutes “reasonable” when it comes to withdrawal rates. Clearly a 3% withdrawal rate is less likely to deplete your savings prematurely than a 4% rate. But people who find that a 3% withdrawal simply doesn’t provide enough income may be willing to take their chances with a higher rate. In any case, something in the range of 3% to 4% is a decent starting point.

I say “starting point” because a withdrawal rate isn’t something you can set and put on autopilot, if for no other reason than returns could come in higher (or lower) than expected. So whatever withdrawal rate you start with, you need to be flexible about the amount you withdraw as market conditions and your nest egg’s balance change. For example, if outsize market returns over several years cause your retirement account balances to balloon, you may want to withdraw a bit more money so you don’t end up late in life with a big pile of cash and regrets that you hadn’t spent more and enjoyed yourself earlier in retirement when you had the chance.

Conversely, if a market downturn zaps the value of your retirement portfolio, especially early in retirement, you may need to scale back the amount you withdraw or forgo an inflation increase to avoid running through your savings too quickly. (Indeed, in a follow-up report Sibears examines the notion of whether retirees even need to boost withdrawals for inflation every year in retirement, given evidence that spending tends to decline as retirees age.)

You can get a sense of whether you should keep your withdrawals steady or adjust them up or down by going to a tool like T. Rowe Price’s retirement income calculator, which you can find in RealDealRetirement’s Tools & Calculators section.

You also need to be careful about being overly cautious when it comes to investing your nest egg. In an era of higher returns, notes Sibears, you may have been able to invest very conservatively and still meet your income goals. But that’s less likely to be true in a low-return environment. That doesn’t mean you have to stash all or nearly all of your savings in stocks. But if you want a decent shot at your nest egg supporting you for 30 or more years, you’ll need to invest a least a modest portion of your savings in stocks.

There’s no hard-and-fast rule for what that percentage should be. You might be able to get by with a stock stake of, say, 30% to 40% if you’re starting with a withdrawal rate of 3% or so. But you’ll likely need to increase that to 50% to 60% or more if you go with a withdrawal rate of 4%, and even then you’ll still have to be willing to accept a higher chance that your nest egg might not last 30 years if you stick with that rate and fail to make periodic adjustments.

Finally, to ensure that you’re getting as much of whatever gains the financial markets end up delivering, you’ll also want to make sure your retirement portfolio is well-diversified—large- and small-cap stocks, domestic and foreign shares and a wide assortment of bonds—and that you’re not overpaying in fees. Fortunately, it’s easy to assemble such a portfolio using low-cost broad based index funds and ETFs like those on the Money 50 list of recommended funds.

What you don’t want to do, though, is assume that a rate of withdrawal or investing strategy that may have worked in the past will pan out in the future. That assumption could end up putting your retirement in jeopardy. (9/14/17)