Why Dollar-Cost Averaging Is A Lousy Retirement Investing Strategy 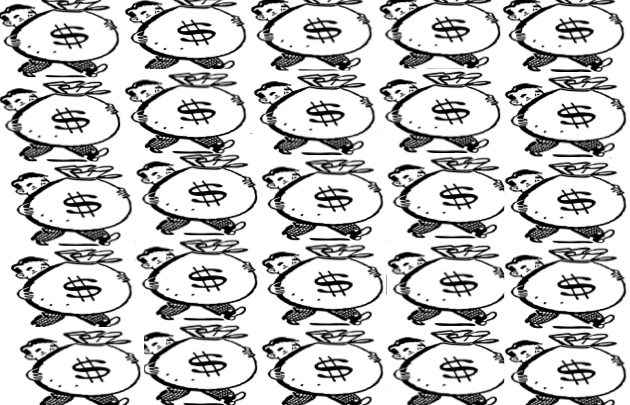 Let’s say you’ve got a large sum of cash you want to invest for retirement—a windfall, an inheritance, a pension payout, whatever—but you’re worried the market might tank just after you pull the trigger. What do you do? Chances are you’ll go with the strategy countless financial advisers (not to mention many of my colleagues in the financial press) recommend in such instances: You’ll dollar-cost average, or move your money into investments a little at a time. But a new study by Vanguard shows the smarter play is to take the plunge and invest all at once.

For years dollar-cost averaging has been touted as the go-to strategy whenever you need to invest a large sum of money. And on the surface at least, this technique would seem to make sense. After all, by tiptoeing into the market gradually, you have less money at risk of a market setback than if you invest all at once. But when Vanguard delved into the numbers, it turned out that dollar-cost averaging wasn’t the clever strategy it’s cracked up to be.

Here’s an example. Suppose you have a large sum of cash that you want to invest for retirement in a portfolio of 60% stocks and 40% bonds. To determine whether you would be better off investing your cash in the 60-40 mix of stocks and bonds immediately or moving into the stocks-bonds portfolio gradually, say, over 12 months, Vanguard calculated how the two strategies actually performed over the 1,069 rolling 12-month periods from the beginning of 1926 through the end of 2015, a period that included bull markets, bear markets and just about every type of market in between that you can imagine.

How To Build A Simple-But-Effective Retirement Portfolio

The result: Investing the lump sum of cash in a 60-40 mix all at once won out roughly two-thirds of the time, outperforming dollar-cost averaging into the 60-40 portfolio by a margin of 2.4 percentage points on average over the 12-month spans. But that’s not all. When Vanguard’s researchers repeated the analysis, comparing the two strategies over longer periods (36 months) as well as shorter ones (six months) and with a target portfolio that was more aggressive (100% stocks) as well as ones more conservative (50% stocks-50% bonds and 100% bonds), they found that investing the cash immediately came out ahead again, besting tip-toeing in roughly two-thirds of the time or better in each scenario.

In short, the competition between investing immediately and a little at a time wasn’t even close. It was a total beat-down. Investing all at once left dollar-cost averaging in the dust.

If you think about it, this should come as no surprise. After all, the stock and bond markets tend to go up more often than they go down and they typically generate higher returns than cash equivalents like Treasury bills, money-market funds and savings accounts. So the longer you take to get the money you’ve decided to invest for long-term goals like retirement into cash, the greater the return you’re likely giving up.

“But wait a minute,” I can hear the advocates of dollar-cost averaging objecting. “Doesn’t investing gradually protect you in that third or so of instances when the financial markets do falter, thus making it a smart strategy if you’re risk averse?”

To which my answer is yes and no. Yes, dollar-cost averaging does provide some shelter against market setbacks. But no, it’s not a very smart way to get that protection. In fact, it’s kind of illogical. To see why, let’s go back to the example above of moving cash into a 60% stocks-40% bonds portfolio.

Should You Put Some Of Your Retirement Savings Into An Annuity?

Assuming you arrived at that 60-40 portfolio via a rational process (such as completing a risk-tolerance-asset allocation questionnaire like the one in the Retirement Investing section of RDR’s Retirement Toolbox) as opposed to choosing it willy nilly), then a mix of 60% stocks and 40% bonds represents the tradeoff of risk and reward you consider appropriate for your situation. If you were willing to accept more risk in return for loftier gains, you would have invested more heavily in stocks. And if you wanted more downside protection, you would have gone with a mix tilted more toward bonds.

If you put your cash to work by dollar-cost averaging to your 60% stocks-40% bonds target portfolio rather than investing 60% in stocks and 40% in bonds immediately, however, you are effectively contradicting your asset-allocation decision. For example, if you gradually invest your cash in monthly installments over the course of a year, you will have essentially gone through a monthly series of more conservative allocations of stocks, bonds and cash until you reach the 60-40 mix you’ve already decided is right for you.

Am I Nuts To Put 100% Of My Retirement Savings In Stocks?

So to put it bluntly, dollar-cost averaging is an inefficient and rather clunky way to protect yourself against risk. In effect, it’s like saying you believe a particular portfolio mix makes sense for you, but then saying you’re going to spend many months (or even a year or longer, depending on how gradually you invest your cash) investing more conservatively than you think you should.

This can be a difficult nuance for many investors to grasp. Which is why I recommend you check out this research paper, if for no other reason than to see the series of pie charts that illustrate quite clearly what’s really going on when you dollar-cost average to your target portfolio risk rather than going to it immediately. I think for many people this will be an eye-opener that may change the way they think about dollar-cost averaging.

Then again, I also realize that some people may find it too hard emotionally to invest a sizable sum of cash all at once. They just don’t feel comfortable doing it. Fine. But if you’re in that camp, then at least try to get to your target portfolio as quickly as you can. Vanguard suggests getting to your target allocation within a year. I’d say try to do it even sooner, say, within six months or, if you can manage it, three. Because the more you stretch it out, the longer your retirement savings won’t be invested the way you decided they should be. (2/15/17)