Where Can I Put My Retirement Savings So It Won’t Get Whacked By The Stock Market? 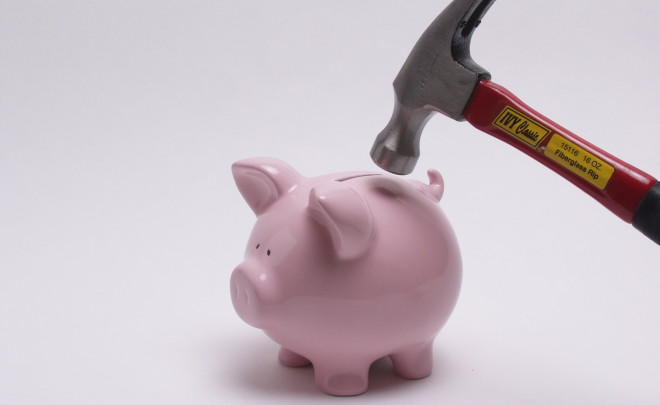 It seems I keep losing money in my retirement accounts these days. Is there a safe place I can invest my savings so that at least it won’t be affected by the stock market?

Sure, there are plenty of places you can put your retirement nest egg to protect it from a possible setback in the stock market. You could move it into cash equivalents such as a money market fund, an FDIC-insured savings account or CDs. Some investors have even been flocking to gold lately as a refuge for uncertain times.

But the question is should you?

Cash equivalents are very secure and stable, but they yield virtually nothing these days. So you’re paying for security by accepting very low rates of return that may make it difficult for you to build an adequate nest egg that can support you in retirement.

How Smart An Investor Are You? Try this Quiz

And while gold has shown that it can hold up well, or even thrive, when stocks run into trouble, it’s not as if gold is a model of stability that rarely drops in value. On the contrary, gold can be even more volatile than stocks and is given to steep periodic losses, witness the fact that, after soaring to nearly $1,900 an ounce back in 2011 amid concerns about European debt levels, gold has since declined to just over $1,200 an ounce, a slide of about 35%.

Fact is, while moving your retirement stash to one of the alternatives mentioned above, or other putative havens for that matter, may be “safe” in the sense that it can shield you from a market downturn, it leaves you vulnerable to other risks. So in trying to protect yourself, you may actually be doing the opposite.

So what do I recommend instead?

Basically, I suggest you try to achieve a balance between the security you seek from short-term downdrafts in the stock market and the long-term returns you need to achieve goals like accumulating enough savings to support you through what can be a long retirement. To my mind at least, the most sensible way to do that is by investing your savings in a low-cost mix of stocks and bonds that’s conservative enough to afford reasonable protection from market turmoil but aggressive enough to generate the long-term returns you’ll need to achieve your financial goals.

The appropriate mix of stocks and bonds can vary from person to person for any number of reasons, including age, the size of your nest egg, how much you have in the way of other resources to fall back on and how you react to investment losses. But the best way to start figuring out what blend of stocks and bonds makes sense for you is to get a sense of how much risk you can comfortably take on, which you can do by completing a risk tolerance-asset allocation questionnaire like the one Vanguard offers free online.

After answering 11 questions that get at such issues as how large a loss you can handle before you freak out and how long you expect to keep your money invested, you’ll receive a suggested mix of stocks and bonds, as well as access to stats showing how that mix and others more conservative and aggressive have performed in both good and bad markets. While those stats can be helpful, I recommend you go a step further and also estimate how the suggested portfolio would have performed in a severe bear market like the one that began in late 2007 and continued through early 2009, when stocks lost nearly 60% of their value and bonds gained almost 8%.

Such an exercise can give you a better feel for how you might react should you have to deal with a similar market meltdown. For example, a blend of 70% stocks and 30% bonds would have lost roughly 35% from the peak of the last bull market to the trough of the bear (assuming no rebalancing). If seeing the value of your savings decline by that amount would have had you bailing out of stocks in a panic, then you might want to rein in your allocation to stocks a bit.

That said, you don’t want to lean so far towards security that you end up with anemic returns that make it harder to achieve your goals. So when you think you may have a stocks-bonds mix that’s right for you, test it again by plugging it into a good retirement income calculator. That should tell you whether your investing strategy, combined with how much you’re saving (or spending, if you’re already retired) will keep you on track toward a secure retirement. Once you’ve arrived at a suitable portfolio, don’t mess with it, except to rebalance periodically, do the occasional portfolio check-up and perhaps shift more toward bonds as you near and enter retirement.

Have You Crash-Tested Your Retirement Plan?

Going through the exercise I’ve described above won’t completely insulate you from stock market setbacks. But that’s not the aim. Rather, the goal is to provide enough protection to allow you to ride out the inevitable stock market slumps and then participate in the recoveries, which is a more effective strategy than trying to anticipate the market’s ups and downs.

So by all means keep some of your portfolio in cash equivalents—enough to cover at least three months’ worth of expenses during your career and anywhere from one to three years’ worth of spending in retirement. But aside from such an emergency cushion or spending reserve, the rest of your savings should be invested in a way that gives you the best shot at getting through periods of market turmoil without sacrificing too much in long-term gains. (3/5/16)