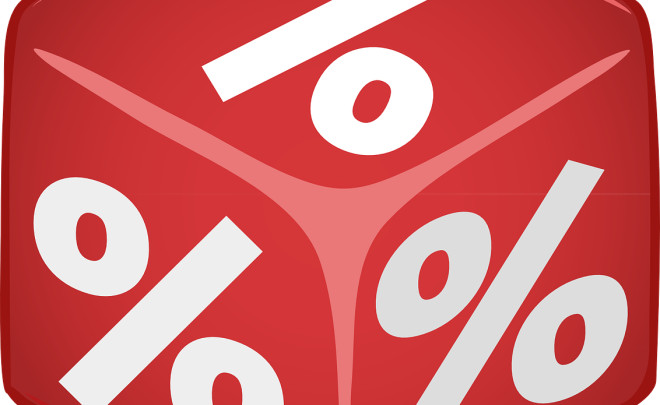 I’m looking to invest $50,000 in emergency savings that I can access without penalty whenever I need it—and I want a higher return than I can get in a regular savings account. Any suggestions?

The philosopher George Santayana famously wrote that those who cannot remember the past are condemned to repeat it. Your question makes me wonder whether people are already starting to forget a key lesson of the financial crisis: Higher yields always come with higher risks that can seriously jeopardize your financial health.

That’s true whether you’re investing for the long-term in retirement accounts like 401(k)s and IRAs or setting aside savings you may need to tap much sooner for emergencies and such. In fact, the downside of ignoring or underestimating risk may be even higher when you’re investing money you may need in the short-term, since you have less flexibility to absorb and recover from losses.

Just in case anyone’s memory is hazy on how pushing the envelope for more yield backfired in the not-so-distant past, here’s a quick recap. Back in 2007 when the economy and markets were still going gangbusters, investors seeking safe high yields plowed their money into all sorts of investments that claimed to be as secure and liquid as cash while delivering above-average returns: auction-rate securities, bank loan funds and ultrashort-term bond funds, to name a few.

These investments lived up to their extra-gain-with-no-pain promise, until they didn’t. When the financial crisis hit in 2008, it became clear that supposedly safe alternatives to money-market funds and savings accounts did come with an unexpected downside. The market for auction-rate securities froze up in 2008, leaving thousand of investors unable to get at their money for many months, in some cases years. Ultrashort-term bond funds, meanwhile, lost 9% of their value during the financial crisis, while bank loan funds fell by more than 30%. It took both types of funds nearly three years to recoup their losses.

Flash forward to today: With savings accounts, money-market accounts and the like paying less than 0.10% a year on average, the impulse to reach for extra yield is still strong. And there’s no shortage of people pitching products catering to that impulse, ranging from the very ones that backfired investors six years ago (bank-loan funds, ultrashort-term bond funds, short-term bond funds) to a variety of others offering even higher yields (short-term commercial real estate notes and promissory notes in some cases touting double-digit returns).

My advice: When it comes to the money that absolutely, positively has to be there whenever you may need it—emergency funds or savings you expect to tap within a short period, say, a downpayment for a house you plan to buy within a few years—you should stick to FDIC-insured savings accounts or money-market accounts. Granted, their yields are paltry. But for the money you can’t afford to put at risk, safety and access are your primary concerns, not return.

That said, there is a way to boost the yield you earn without sacrificing safety: do a little shopping around. By going to sites like Bankrate.com, Mint.com and NerdWallet, you can find savings accounts, money-market accounts and short-term CDs that pay yields well above the average. We’re not talking blow-your-socks-off payouts. But you can get 1% or so in an FDIC-insured account, which is roughly 10 times the national average. On $50,000 of savings, that’s the difference between earning $500 a year vs. just $50.

I don’t recommend it, but if you want to shoot for a somewhat higher return with a portion of your “safe harbor” stash, you could move some funds into an ultrashort-term bond fund, bank loan fund or even a short-term bond fund. But if you choose to do that, I suggest you complete a risk tolerance questionnaire first. And if you decide to go ahead, make no mistake that, one way or another, you’re accepting the possibility of a bigger downside.

In the case of  ultrashort- and short-term bond funds, the main danger is rising interest rates. At some point, the Federal Reserve will set a higher target for short-term interest rates. When that happens, rates will rise and ultrashort- and short-term bond funds will be susceptible to setbacks. Morningstar also noted in a recent report that some funds holding short-term debt have been juicing yields by investing in lower-quality bonds, making them even more vulnerable. Theoretically, any losses should be small, as these funds typically invest in very short-term debt. But as we saw in 2008, theory doesn’t always jibe with reality.

As for other  “safe” alternatives—promissory notes, commercial bridge loans and similar products—I don’t think they should play any role in an emergency fund. They require a level of analysis and research that’s beyond what most individual investors are willing or capable of doing. If you have some money you can afford to take extra risk with in hopes of earning a higher return—and you’re willing and able to do the considerable research needed to truly understand the risks in these complex investments—fine. But you should know that money in these investments is not as liquid and secure as funds in an FDIC-insured account.

Check Out: The Smart Way To Double Your Nest Egg in 10 Years

I wish I could recommend more attractive choices, investments that offer loftier yields than money-market and savings accounts, immediate access to your money and the assurance that no matter what happens your principal and any earnings are protected against loss. But in the real world, an investment’s return is a reflection of its risk. That risk may be difficult to discern, or the person selling the investment may gloss over the potential perils. But it’s there. If nothing else, the financial crisis proved that in spades.

Investors who forget this financial fact of life may find themselves condemned to repeat the losses of the past.   (12/1/14)