What’s Your Number? Who Cares? 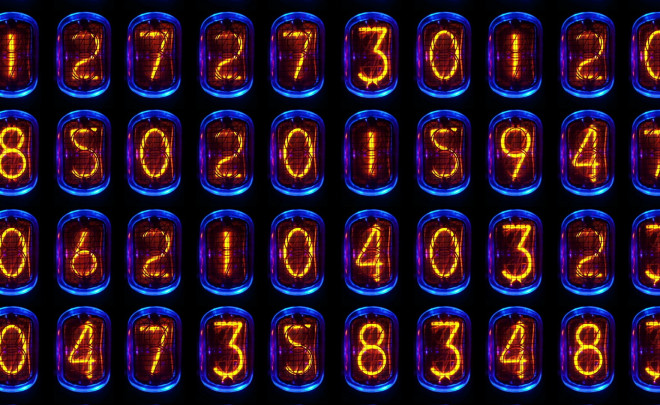 I’m all for having goals. If you go to the trouble of setting a target, you’re probably more likely to do something to achieve it. And in fact, research from EBRI’s 2013 Retirement Confidence Survey, shows this is the case. People who say they calculated a savings goal were more than twice as likely feel very confident they’ll be able to accumulate the money they need to retire.

Still, this obsession with “The Number,” as if you can pin down to a specific dollar figure the amount of money you’ll need 30 years from now to retire comfortably is absurd.

For one thing, it’s not that precise. Sure, you can go to any number of calculators that will spit out a very specific figure. I mean really specific. Like $1,358,564.

But as exact as the number you get may seem, it’s really no more than a guesstimate—and a squishy one at best. The amount you actually require could be much lower or much higher depending on a multitude of factors, including whether you enter retirement with a mortgage or other debt, how grand a lifestyle you lead, how your health holds out and how long you live.

Besides, there’s a more fundamental issue of whether it even makes sense to plan on the basis of hitting a large lump sum. A big six- or seven-figure bogey can be daunting. Some people may see it and say, “Forget it. I’ll never reach that. Why try?” And even if you’re okay with a big target, research shows that people have a hard time translating big lump sums into spendable income. A large figure can give them a false sense of security as they tend to overestimate the amount they can draw from it.

A better strategy: focus on how much income you’ll need in retirement—and whether you’re on track to generate it. Yes, I know that income and assets are related and one can be derived from the other. I realize too that an income goal is also an estimate. But it’s one you can more easily wrap your mind around and equate with a standard of living. Knowing that the combination of your savings, any pension and Social Security is likely to generate, say, $30,000 a year in today’s dollar’s for retirement while you’re living on $50,000 a year now gives you a much better idea of where you stand than finding you’re currently on track to build a nest egg in 30 years worth, say, $1,358,564.

Check Out: 5 Excuses For Not Saving That Don’t Hold Up

One more thing. In addition to focusing on income, think also about probabilities. Fact is, there are so many unknowns along the road to retirement—market ups and downs, whether you’ll be able to maintain a savings regimen, the age you’ll retire—that it’s foolish to think that hitting any figure, income or lump sum, is anywhere close to certain.

Many 401(k) plans and the better retirement calculators—like the ones I recommend in my Retirement Toobox—already use computerized “Monte Carlo” simulations to couch their results this way. I like this approach not only because it makes it clear we’re dealing with estimates and probabilities rather than certainties in these sorts of projections. But it allows you to see how changing your plan a bit—saving more, retiring later, investing differently, etc.—and see how your chances improve or decline.

So don’t get caught up in this national obsession about “The Number.” Home in on the income you’ll need, and you’ll have a much better idea of where you stand vis a vis a secure retirement—and what you need to do to get there.   (7/16/14)