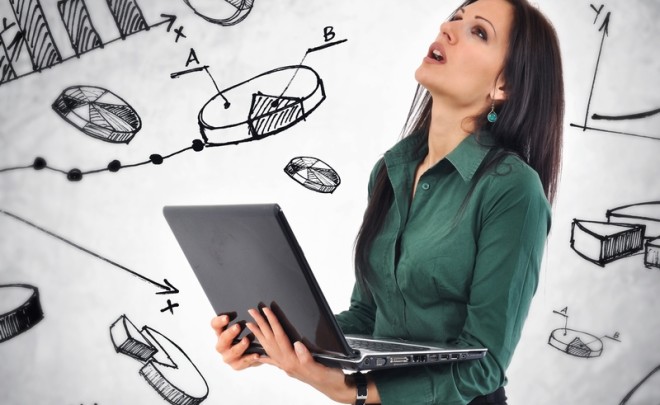 Given today’s gaseous stock valuations and concerns that this eight-and-a-half-year bull market might be getting a little long in the tooth, it’s understandable why many investors are skittish about investing money in stocks these days. On the other hand, despite such worries the market continues (so far at least) to climb into record territory, which makes people reluctant to avoid stocks altogether for fear of missing out on gains.

So what should you do if you have new money to invest—whether it’s a hundred grand, ten grand or for that matter any amount—and you don’t want to give up stocks’ potential upside but you also don’t want to get hit with losses you can’t handle?

Basically, you have three choices. The first is to try to time your entry into the market. So, for example, if you think this bull market still has room to run, you put your money into stocks, but stand ready to exit quickly when you’re convinced the market is about to tumble. Conversely, if you believe the chance of a big setback or full-fledged bear market is just too high at the moment, you hold your cash on the sidelines with the aim of buying in after a selloff when prices are lower.

This strategy sounds great, but the problem is pulling it off. Since the market began its phenomenal surge back in early 2009 in the wake of the financial crisis, there have been many times when soothsayers suggested the stock market, like Humpty-Dumpty, was headed for a great fall. In 2011, the downgrading the rating of U.S. debt by Standard & Poor’s was expected to be the catalyst for a significant setback. In the summer of 2016, pundits said Brexit would do the job. And then the election of Donald Trump was supposed to send the market into a tailspin.

Apparently, the stock market didn’t get the message because it continued to rise. That’s not to say that at some point, some prediction of its demise won’t be correct. It will. We pretty much know the market will eventually hit a wall. We just can’t predict when that meltdown will come, any more than investors back in March of 2009 were able to discern that, after a 17-month slump during which stock prices fell nearly 60%, the market would rebound and prices would nearly quadruple over the following eight-plus years. Which means, to my mind at least, means that timing your investments based on whether you believe the market is headed up or down is little more than a guessing game.

The second option is dollar-cost-averaging, or investing your money gradually, say, over the course of a year or so rather than all at once. But while this strategy will provide some downside protection if your call about the market’s direction is correct, it doesn’t make much financial sense.

One reason is that the stock market historically has had more up years than down, which means you’re more likely to come out ahead investing your dough all at once rather than moving it from cash to stocks a bit at a time. But more importantly, as I explained in a previous column, if you already have a long-term investing strategy that includes investing in a mix of both stocks and bonds, then you’re actually undermining that strategy by dollar-cost averaging and likely relegating yourself to inferior gains.

Which brings us to the third, and I think most sensible, option, which is to set a mix of stocks and bonds that you’ll be comfortable sticking with in good markets and bad and immediately investing any new money to reflect those proportions.

Let’s say, for example, that you have an investment portfolio of $500,000 and that based on your tolerance for risk and the length of time you intend to keep your money invested, you decide that it makes sense to keep 60%, or $300,000, of your stash in stocks and 40%, or $200,000, in bonds. (If you want guidance on arriving at an appropriate mix, you can check out Vanguard’s risk tolerance-asset allocation questionnaire.)

How To Invest For Income + Long-term Growth

If the amount of new money was very large relative to your current holdings—say, it would double or nearly double the size of your portfolio—you could conceivably decide to take more, or less, investing risk, in which case you would revise your overall stocks-bonds mix and invest the new funds based on your new mix. But aside from such an extreme situation, you would essentially invest any new money in a way that reflects your current allocation.

But, you may ask, what if stock market drops right after I do this? Won’t I have taken a bigger hit than if I’d stayed in cash longer or invested my money gradually?

The answer is yes, but all that would mean is that you guessed right this time about what the market would do. You lucked out. Had you guessed wrong (think back to all the times in recent years when experts warned of setbacks that never materialized), then the opposite would be true, and you would have unnecessarily missed out on gains.

Besides, if you’re really, really worried that you won’t be able to handle a major downturn in the market or that a big setback might cause you to deplete your nest egg too soon, then that may be a sign that your current stocks-bonds allocation may be more aggressive than it should be, in which case you may need to revise it.

The point, though, is that as long as we can’t predict whether the market will take a major tumble or continue its ascent, the best we can do is settle on a mix of stocks and bonds that we’ll be comfortable staying with whichever direction the market goes. In other words, the way you manage risk in your portfolio is by choosing an appropriate mix of stocks and bonds, not trying to figure out whether the market will melt down or heat up.

So my advice is to come up with an asset allocation that you’re confident you’ll be able to stick with through good markets and bad, and then invest any new money in a way that reflects that mix. Remember too that to maintain your allocation over time as different parts of your portfolio earn different returns, you may also need to periodically rebalance your holdings to get back to your target allocation.

But whatever you do, don’t get into a guessing game about the market’s direction. Over the long term, that’s not a game you can consistently win. (10/23/17)