What Size Nest Egg Do I Need To Support Myself For A Long Retirement? 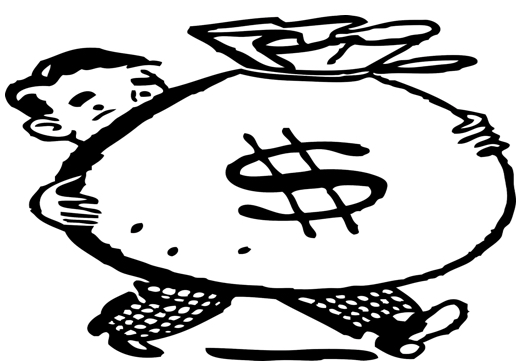 Estimating how large a nest egg you need to support you throughout a long retirement—or, looking at the issue a bit differently and assessing how much you can safely withdraw from a nest egg of a given size—is crucial to planning for a secure retirement. After all, if underestimate how much savings you need or overestimate how much you can withdraw, you may run out of money while you’ve still got a lot of living to do.

Unfortunately, many people are getting this key question wrong and, in so doing, potentially putting their retirement security at risk.

For example, when Fidelity Investments recently asked more than 1,000 55-to-65-year-olds as part of its Retirement IQ survey what percentage of salary financial pros recommend retirees withdraw annually in retirement, nearly 20% said the suggested figure was 10% to 15% a year. Applying that answer to your question, that suggests that many pre-retirees would believe you can count on getting $60,000 a year of income from a nest egg as small as $400,000 ($60,000 divided by $400,000 equals 15%).

2 Ways To Get Guaranteed Income For Life In Retirement

In fact, if you withdrew $60,000 from a nest egg of $400,000 and adjusted that initial withdrawal for inflation each year to maintain its purchasing power, you would have very little chance that your savings would last anywhere close to 30 years. Indeed, Fidelity estimates that a withdrawal rate of 10% or more could deplete your savings in less than a decade.

So how much can you reasonably withdraw from a nest egg without putting yourself at a high risk of outliving your savings—or, to put it another way, how large a nest egg should you have to support a specific level of inflation-adjusted annual income?

I’d love to give you a single figure that everyone agrees is ideal. But I can’t because there isn’t one. For years, “The 4% Rule,” which is based on research now-retired financial planner William Bengen did in the first half of the 1990s, was the standard for setting your withdrawal rate if you wanted a high level of assurance that your nest egg would sustain you for 30 or more years. Under this rule, you would start with an initial withdrawal of 4% and then increase the dollar amount of that first withdrawal each year for inflation. In your case, that would mean you would need a nest egg of about $1.5 million to support real, or inflation-adjusted, withdrawals of $60,000 a year.

Some experts believe you can push the envelope a bit. Fidelity, for example, suggests an initial withdrawal of no higher than 4% to 5%. Assuming a 5% withdrawal rate, you would need a nest egg of about $1.2 million to get a real income of $60,000 a year for 30 years. But others are more cautious, in large part because they believe today’s low interest rates and lower-than-average projected stock returns call for lower withdrawal rates. For example, Wade Pfau, professor of retirement income at The American College who calculates a variety of sustainable spending rates for his Retirement Income Dashboard, thinks an initial withdrawal rate of roughly 3% is more appropriate given today’s investment landscape. At a 3% withdrawal rate, you would need a nest egg of $2 million to support an inflation-adjusted annual income of $60,000 for 30 years.

Given such a wide range—from a low of a $1.2 million nest egg assuming a 5% withdrawal rate to a high of $2 million if you figure on a 3% rate—how can you set a reasonable target for the size nest egg you should build and then decide how much you should withdraw from it after calling it a career?

To some extent the financial reality of how much you earn, what you’re realistically capable of saving and how much income you need in retirement will govern how large a nest egg you can expect to build during your career and how much you draw from it. Based on the figures in the Employee Benefit Research Institute’s most recent report on 401(k) balances, I doubt that many people will be able to accumulate enough savings during their career to live comfortably on a 3% withdrawal rate. In your case, that would mean saving enough to build a $2 million nest egg.

But even if someone needed retirement income of $60,000 a year and could count on Social Security for, say, $20,000 of that income—in other words, $40,000 a year would come from savings—that would still require a nest egg of about $1.3 million at a 3% withdrawal rate ($40,000 divided by 3% equals $1.3 million). That requires a lot of saving during a career. Even with a 4% withdrawal rate, such a person would need to accumulate $1 million. That’s no easy feat either.

Conversely, if someone has managed to accumulate a sizable nest egg, the question then becomes whether a given withdrawal rate will provide enough income in conjunction with Social Security to help that person maintain his or her pre-retirement standard of living. For example, $1 million in savings may seem like an impressive sum, and it is. But at a 3% withdrawal rate, that seven-figure-nest egg would generate just $30,000 of inflation-adjusted income a year. My guess is that many people who’ve managed to set aside enough to accumulate a million bucks in savings would have a hard time living the lifestyle they envision while limiting themselves to a $30,000-a-year savings withdrawal plus Social Security.

All of which is to say that while estimates of what size nest egg one should try to accumulate and how much one should withdraw each year from that nest egg in retirement can be helpful as a rough guide for one’s retirement planning, at the end of the day we all have to do the best we can given the resources we have.

If you’re saving for retirement, that means trying to stash away about 15% a year or so throughout your career. If you can do more, great. You’ll end up with a larger nest egg and stand a greater chance of living the lifestyle you envision in retirement. If you can’t do 15%, start with a smaller figure, say, 10%, and try to save more as your earnings increase. (To the extent your employer kicks matching funds into your retirement savings plan, that can reduce the burden to reach those savings targets on your own.)

Once you’ve got your savings regimen going, you can go to a tool like T. Rowe Price’s Retirement Income Calculator to monitor your progress and see what percentage of your pre-retirement earnings you’re on track to replace and, if necessary, save more or make other changes (like investing differently or postponing retirement) to improve your retirement prospects.

If you’re closing in on retirement or already retired, you’ll want to get a sense of how long your savings are likely to last at different withdrawal rates. As a practical matter, I think most people are probably going to have to settle for an initial withdrawal rate of 4%, give or take, to arrive at a balance between retirement security and the amount of income they’d like to generate. But by going to a retirement calculator like the one above and plugging in your current savings balance, you can see how different rates affect how long your savings are likely to last.

Once you arrive at a level of withdrawals that makes sense for you, be prepared to adjust it as market conditions and your spending needs change. For example, if the financial markets suffer a serious setback or you have to significantly boost spending in a given year, you may want to forgo an inflation increase or even pare back your withdrawals the next couple of years to avoid depleting your nest egg too soon.

Should An Annuity Be Part of Your Retirement Income Plan?

If your savings balance swells because the markets deliver higher-than-expected returns or your expenses came in lower than anticipated (hey, it could happen), then you might want to increase your spending for a couple of years to avoid ending up with a big nest egg late in life along with regrets you didn’t indulge yourself when you could have enjoyed your money more earlier in retirement. If you’re not comfortable using a calculator to help you decide whether you need to tweak your withdrawals, you can always hire an adviser to see if you need to adjust your spending.

What you don’t want to do, though, is assume you can predict in advance exactly what size nest egg you’ll need for retirement, or that you can pick a withdrawal rate you can stick with no matter what happens after you retire. (3/13/17)