What Are The Best Choices For Guaranteed Lifetime Income? 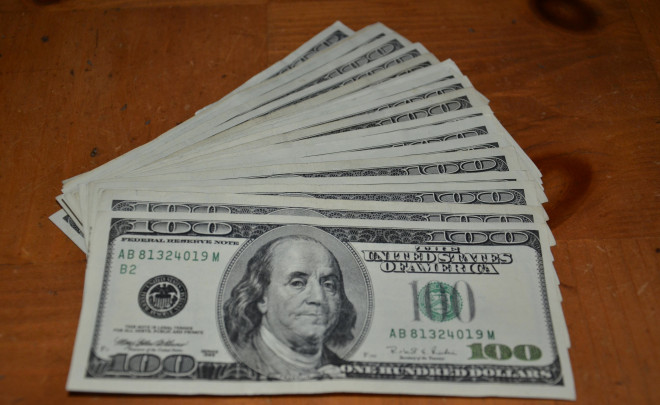 My husband and I are in our 60s and are considering putting a portion of our savings into an annuity. What type should we consider?

When it comes to annuities, the variety and complexity of choices can be confusing. But for anyone who’s retired or approaching retirement looking to turn a portion of their nest egg into guaranteed lifetime income, I believe the choice comes down to two types: an immediate annuity or a longevity annuity.

Compared to other annuities at least, both immediate and longevity annuities are relatively easy to understand. What’s more, recent research studies have concluded that both of these annuities can actually enhance one’s retirement security. So let’s take them one at a time, starting with immediate annuities.

Immediate annuities, also known as SPIAs (single premium immediate annuities), could hardly be simpler in concept. You give an insurer a lump sum of money (the premium) and in return you get a monthly payment for as long as you live, regardless of how the financial markets are behaving. Today, a 65-year-old man who invests $100,000 in an immediate annuity would receive roughly $565 a month for life, a 65-year-old woman would get about $545 a month and 65-year-old couple (man and woman) would collect about $480 a month as long as either is alive. (This annuity calculator can show you how much men, women and couples might receive for different premium amounts at different ages).

You may think that you could generate the same amount of income investing on your own. But you can’t unless you take more risk (which raises the possibility of depleting your assets too soon). What gives the annuity its edge is that each annuity payment you receive contains not just interest and return of a portion of your principal but an extra “return” known as a mortality credit. Basically, this is money that would have gone to annuity owners who die early that can instead be paid to those who live long lives. (The actual payment doesn’t change; rather, actuaries factor in an estimate of early deaths when calculating an annuity’s guaranteed payment.)

Check Out: How To Protect Your Retirement Savings In A Tumultuous Market

An immediate annuity’s ability to transfer money from people who die early to those who die late is largely the reason that a recent study by former U.S. Treasury official Mark Warshawsky concluded that while an annuity didn’t always provide more retirement income than using the 4% rule or other type of systematic withdrawal, it did so often enough that “it is hard to argue against a significant and widespread role for immediate life annuities in the production of retirement income.”

Immediate annuities also have drawbacks, however. If you die soon after purchasing an immediate annuity, you’ll receive relatively little in monthly payments or, to put it another way, you’ll be the one providing those mortality credits to annuity owners who live long time. To get the largest monthly payment, you must also agree to give up access to your money, which means it’s no longer available for unanticipated expenses, emergencies or to pass on to your heirs. So devoting all or even most your nest egg to an immediate annuity wouldn’t be a good move. Indeed, if Social Security (which is also essentially an annuity) is enough to cover all or most of your living expenses, you may not need an immediate annuity at all.

Check Out: 3 Steps You Must Take To Protect Your Retirement Savings Right Now

If you don’t feel you need more guaranteed income now but would like the assurance that you’ll have guaranteed payments coming in down the road, then a longevity annuity may be right for you.

A longevity annuity works much like an immediate annuity in that you turn over a portion of your savings to an insurer for the guarantee of lifetime monthly payments. The difference is that even though you pay the premium now, the longevity annuity’s payments don’t start until later, often many years later. The idea is that by investing a relatively small amount in a longevity annuity you can lock in a relatively large payment down the road that might prove helpful in the event you overspend early in retirement or underestimate your future expenses. Think of it as a form of insurance against living so long that you deplete your savings.

Check Out: Confused About Annuities? Here’s A Plain-English Explanation of How Annuities Work

Here’s an example based on quotes from ImmediateAnnuity.com’s Annuity Calculator. A 65-year-old man who invests $25,000 in a longevity and postpones payments until age 85 would receive roughly $1,125 a month for the rest of his life. A 65-year-old woman would get less, about $920, since she has a longer life expectancy. In short, a longevity annuity allows you to hedge against the risk of outliving your nest egg without having to part with as much of your money early in retirement as you would with an immediate annuity.

If you plan on buying a longevity annuity within a 401(k), IRA or similar account, you’ll want to be sure the longevity meets Treasury Department guidelines and is designated as a QLAC, or Qualified Longevity Annuity Contract. As long as that’s the case, you can invest as much as $125,000 or 25% of your 401(k) or IRA account balance (whichever is less), postpone payments as late as to age 85—and you don’t you don’t have to include the money you invested in the QLAC when calculating the required minimum distributions (RMDs) you generally must start taking from retirement accounts starting at age 70 1/2. A recent study by employee Benefit Research Institute (EBRI) economist Jack VanDerhei found that Boomers and GenXers with long life expectancies (about age 90 to 92) who invest a portion of their 401(k) balance in a QLAC prior to retiring can boost their retirement readiness by anywhere from 2% to 9%, or by even more if interest rates rise from their current low levels (which would mean higher payouts for QLACs).

Check Out: A New Annuity Can Lower Your Odds Of Running Out of Money

Of course, you’ll get zilch or very little from the longevity annuity if you die before or soon after payments begin, which would mean you gave up money you could have spent early in retirement in return for payments that never materialized. (Some longevity annuities will return to your beneficiary any portion of the original premium that wasn’t paid to you, but their payments are much smaller.) But even if that happens, it doesn’t mean the money you invested in the longevity annuity was wasted any more than you wasted money on homeowners insurance because your house never burned down.

If you decide you want to put a portion of your savings into an immediate annuity or a longevity annuity, make sure to get quotes from several insurers, as payments can easily vary from one company to another by 8% to 10%. You’ll also want to stick to insurers that get high ratings (A+ or better) from ratings firms like A.M. Best or Standard & Poor’s and spread your money among two or more of highly rated insurance companies, taking care not to invest more with any single insurer than the coverage limits of your state’s insurance guaranty association. Finally, consider investing in stages over the course of a few years rather than all at once. By doing so you’ll reduce the chances of investing all your money when interest rates (and annuity payments) are at a low point.

Annuities certainly aren’t for everyone. But if you want more guaranteed income than Social Security alone can provide or you simply want more assurance that you’ll still have money flowing in late in retirement even if you spend too freely early on, then immediate annuities and longevity annuities are worth a look.  (9/8/15)