Want To Improve Your Retirement Prospects? Resolve To Do This In The New Year 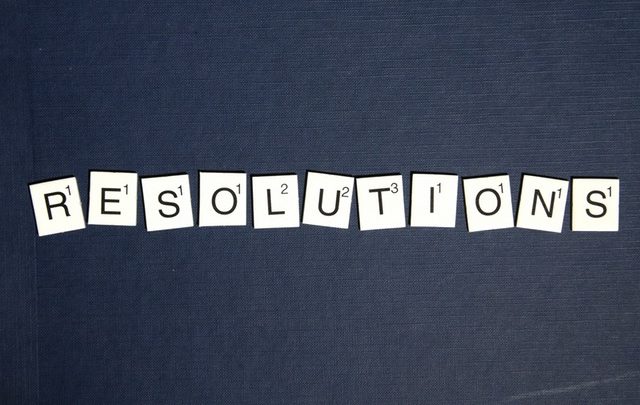 By now you’ve been inundated with long lists of “must do” New Year’s resolutions ranging from the general (be a nicer person, lead a healthier lifestyle) to the specific (save more, pay down debt). But before your eyes glaze over and you totally succumb to New Year’s Resolutions Fatigue, I’d like you to consider two simple but important suggestions—the first for people still on the job, the second for retirees—that have the potential to significantly increase your chances of having a successful retirement.

If you’re still working and saving for retirement, resolve to perform a retirement check-up in the coming year.

When it comes to accurately gauging whether we’ll be able to maintain our standard of living after we retire, far too many of us come up short. For example, in a study released in February titled “Do Households Have An Accurate Sense of Their Retirement Preparedness?,” researchers from the Boston College Center for Retirement Research concluded that more than 40% of working-age Americans had an unrealistic idea of whether they were on track toward a secure retirement.

And when Wells Fargo and Gallup surveyed nearly 600 workers in November as part of their Investor and Retirement Optimism Index, their findings were even more disconcerting: only about 20% of those queried had both a specific savings goal in mind and were also able to make even a somewhat reasonable estimate of how much retirement income their savings target could generate.

Fortunately, it’s not all that difficult to find out where you actually stand. For example, you can do a quick assessment on your own by going to a free online tool like T. Rowe Price’s Retirement Income Calculator, which you can access in RealDealRetirement’s Retirement Toolbox. Enter such information as your age, income, retirement account balances, how much you’re currently saving each year and the age at which you hope to retire, and the calculator will use Monte Carlo computer simulations to estimate your chances of being able to retire on schedule with enough income to support you throughout retirement.

How To Live A Happier And Longer Retirement

If your chances aren’t as high as you’d like—generally, I think you should shoot for a success rate no lower than 70% and preferably 80% or higher—you can re-run the numbers to see how much saving more, investing differently or working a few more years (or maybe doing all three) might boost the odds more in your favor.

But unless you do this sort of analysis every year or so—or hire an adviser to do it for you—you can’t really know whether you’re doing enough to ensure that you’ll be able to retire when you’d like to and live the retirement lifestyle you envision.

If you’ve already retired, focus on ways of boosting your “Happiness Quotient.”

I’m not being flippant here (although I admit that Happiness Quotient is a term I made up). But the fact is that while it’s important to take care of the financial aspects of living in retirement—especially choosing a withdrawal rate that won’t deplete your nest egg too soon—the ultimate reason for saving and investing during your working years is so you can have a happy and rewarding retirement. Or, as Michael Finke, chief academic officer at the American College of Financial Services, puts it: “Your job in retirement is basically to produce happiness, to enjoy life.”

Unfortunately, many retirees may have trouble enjoying the wealth they’ve accumulated. Indeed, a recent BlackRock study that examined the finances of thousands of retirees who retired in the early ’90s found that more than half still had 50% or more of their savings left after roughly 20 years of retirement, and more than a third actually had a larger nest egg than when they retired.

Many of those retirees may have a good reason for conserving their nest egg—say, to hedge against the possibility of incurring higher-than-expected medical costs late in life or to avoid running low on savings in their dotage. But no doubt many others are reluctant to draw on their savings because suffer from what I call “Spendaphobia,” or almost an inability to spend after being conditioned to save for so many years.

So how can you better ensure you’ll reap the benefits of all those years of saving for the future what that future finally arrives?

One way is make sure you’re spending enough on things that are most likely to lead to higher levels of satisfaction. When Finke and researchers from Texas Tech and Eastern New Mexico University examined the spending of more than 1,500 retirees last year to see what sort of expenditures make for a happier retirement, they found that only leisure spending, or outlays for dining out, travel, entertainment, hobbies and other activities that tend to keep us more socially engaged, was associated with higher levels of retirement satisfaction.

Of course, you don’t want to spend so much on fun and pleasure that you jeopardize your retirement security. Nor do you want to neglect other ways of increasing your enjoyment of retirement, such as staying fit and healthy, nurturing your relationships with friends and family or volunteering for a charity or cause you support.

But to the extent you can resolve to examine your retirement spending over the coming year and look for tweaks that can give you a bigger happiness bang for your buck, the better your chances of having a satisfying and enjoyable retirement. (12/29/17)