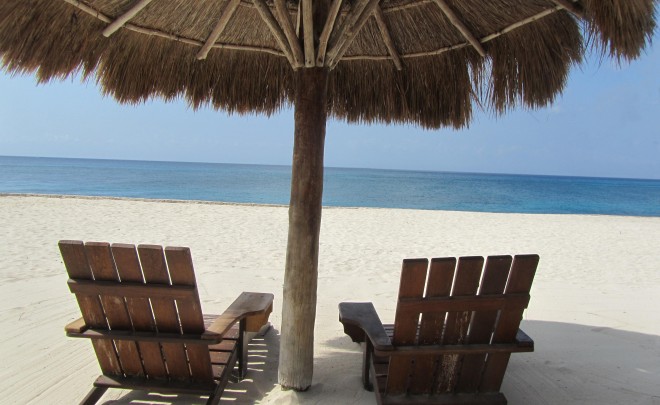 There are plenty of lifestyle choices that can increase your chances of having a more secure and fulfilling retirement: staying mentally and physically fit; keeping busy with hobbies, part-time work or volunteering; building a strong social circle of relatives and friends; and, of course, maintaining an active sex life. But there’s also a relatively simple financial move that may lead to a happier post-career life: “annuitize” a portion of your retirement savings.

A new TIAA-CREF Institute survey that compares retirees who converted at least some of their retirement savings into annuity payments with those who didn’t found that the retirees receiving annuity income were roughly 60% more likely to say their standard of living increased after retiring and that their retirement lifestyle exceeded their expectations.

This is hardly the first research to find a connection between guaranteed income and a more satisfying retirement. A 2012 Towers Watson report titled Annuities and Retirement Happiness examined data from the University of Michigan’s bi-annual Health and Retirement Survey and found that retirees who received guaranteed income in the form of a traditional check-a-month pension or annuities tended to have higher retirement satisfaction scores than those without such income.

And a 2003 Rand study, Annuities and Retirement Satisfaction, showed that retirees who got lifetime income from pension annuities not only experienced higher levels of well-being, but that they also tended to maintain their satisfaction throughout retirement while those who lacked such income became less satisfied over time.

When you think about it, this link between guaranteed lifetime income and a satisfying retirement makes a lot of sense. After all, if you’re retired and no longer collecting a paycheck, you’re apt to feel a lot more secure if you know where your next spending dollar is coming from—and you don’t have to worry whether your standard of living will decline if the financial markets slip into meltdown mode. An annuity designed to provide income as long as either member of a couple is alive can also allow you to rest easier knowing that the financial security of your spouse or significant other will be assured even if you die first.

Now, does this mean everyone should run out and buy an annuity? Of course not. If your nest egg is so large that your chances of running through your savings in your lifetime are low, then you probably don’t need an annuity. Bill Gates will do just fine without one. Similarly, if you collect enough income from Social Security and pensions to cover all or most of your essential living expenses, you may not be a candidate for an annuity. Since you’ll be tapping your retirement savings mostly for discretionary purposes and perhaps the occasional unexpected expense, you’ll probably have enough flexibility over withdrawals to avoid running through your nest egg too soon.

But if you’re not in the enviable position of having a huge nest egg or enough guaranteed income from other sources to live on, then you might want to at least think about devoting not all but some of your retirement savings to an annuity that can generate lifetime income. There are several types of annuities that can do that, but there are two types that recent research has shown can improve retirement security and that I think most people nearing or already in retirement ought to consider: immediate annuities and longevity annuities. I prefer them because they are relatively easy to understand, focus on what annuities were originally designed to focus on (providing lifetime income) and are generally less prone to the sorts of sales abuses and conflicts of interest described in a report just released by the office of Senator Elizabeth Warren.

A longevity annuity also provides income for life, except that while you pay the premium now, the payments kick in later, often 10 to 20 years down the road. So, for example, a 65-year-old man who invests $25,000 in a longevity annuity today that begins making payments 20 years from now would receive roughly $1.120 a month at age 85 that would continue for the rest of life, while a 65-year-old woman would receive $915 a month starting at 85. The idea is that you insure you’ll have income flowing in late in retirement while parting with less money upfront than you would with an immediate annuity, leaving more of your savings for spending early in retirement. If you buy a longevity annuity within an IRA, 401(k) or similar retirement account, you’ll want to be sure it meets the Treasury Department guidelines for a QLAC, or Qualified Longevity Annuity Contract. By going to this annuity calculator, you can get quotes for both immediate and longevity annuities based on your age, gender and the amount you’re thinking of investing.

Check Out: 5 Tips For Choosing The Best Annuity For Lifetime Income

Even if you decide an annuity may be right for you, don’t rush into one. You’ll want to get quotes from several insurers to make sure you’re getting a competitive payment. You’ll also need to weigh annuities’ downsides, the biggest being that you lose access to the money you invest in an immediate or longevity annuity and you may not receive much in payments if you die soon after they begin. (In the case of a longevity annuity, you would receive nothing if you die before payments start, although in return for much smaller future payments the insurer would return your premium to your beneficiary.)

And to insure that you actually get the security that annuities promise, you should consider taking other steps such as investing your money in phases rather than all at once and making sure the amount you invest in the annuity of any single insurer is within the coverage limits of your state’s insurance guaranty association.

Bottom line: An annuity may or may not make sense for you. But if there’s even the slightest chance that investing in one could make for a more secure and satisfying retirement, it’s worth checking out.  (10/26/15)