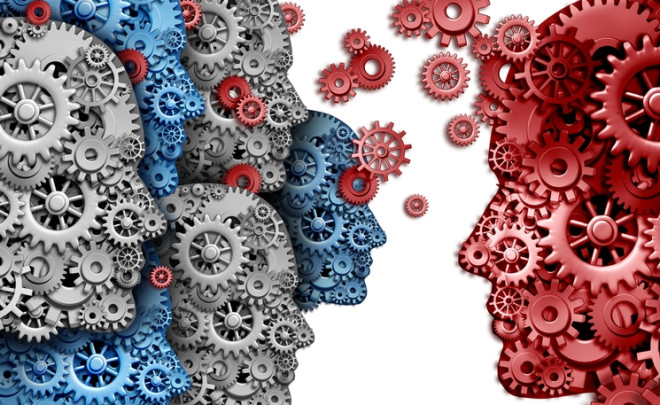 In a recent post on Vanguard’s blog, senior financial adviser Julie Virta invited recent and soon-to-be retirees to share some of the lessons they’ve learned about planning for retirement, and asked specifically what they might do differently if they had a “do-over” in their retirement planning. The idea behind her request is that people still working can profit from the insights of those who’ve already navigated the planning process. Her readers responded big time, posting more than 37 pages of comments, many of which Virta shared in a later column. Here, based on my reading of those responses and a chat with Virta, are what I consider the three most important take-aways you can apply to your own planning to improve your post-career prospects.

1. Focus on what you can control. It’s easy to feel overwhelmed when planning for a long-term goal like retirement. Which makes it all the more important to focus your attention and effort on the things over which you have some control, starting with saving. And indeed, the need to live below one’s means and save diligently were messages that came through loud and clear, whether it was retirees attributing their success to saving regularly throughout their careers or people who allowed that they’d be in much better shape today if only they’d begun stashing away money earlier (including one woman who wrote that if she had understood the importance of saving when she was much younger, she “wouldn’t be hundreds of thousands of dollars behind” where she should be at age 50).

Such comments echo the results of a 2014 survey of pre-retirees by TIAA-CREF. When researchers asked people 55 to 64 years old what they might have done differently during their careers to put them in a better position for retirement, more than half, 52%, said they wish they’d started saving for retirement sooner and 47% said they regretted not having saved more of their paycheck during their career.

The other area where you can exercise considerable control is investing. Not that you can dictate returns or determine the performance of the financial markets. You can’t. But as one person astutely observed, “where and how we invest our earnings is entirely within our control.”

The “Are You Really Ready To Retire?” Checklist

On that score (no surprise, this being a Vanguard blog)  I’d say the overwhelming majority of people espoused low-cost index funds as the most effective way to build a retirement nest egg. That said, some people took a while to come around to that way of thinking. Several related cautionary tales of squandering money early in their investing careers in penny stocks, real estate tax shelters and various get-rich-quick schemes, while one man spoke of taking a “buzz cut” after investing too heavily in tech stocks that got slaughtered in the early 2000s dot-com meltdown. The main thrust of the comments when it comes to investing: Don’t chase returns, avoid high-cost investments, stay patient and think long-term.

2. Prepare for the unexpected. In a perfect world, our retirement plans would come off without a hitch. But we don’t live in a perfect world. As recent research from the National Endowment for Financial Education shows, the overwhelming majority of workers experience some sort of economic shock during their lives—a job loss, health problem, whatever—that can derail even their best-laid retirement plans.

Many of the people who answered Virta’s call for comments noted a variety of such disruptions, including having to tap retirement accounts to deal with a financial setback, being pushed into retirement earlier than planned, having to deal with a serious medical issue and being forced to dip into savings to help out parents or adult children in need of financial help.

If You Want To Retire Wealthy, Be Sure To Do This One Thing

You can’t completely avoid life’s little (or big) stumbling blocks. But there are ways to at least mitigate the damage they can do. For example, one person recommended saving “way more than you think you’ll need” as a way to build a safety cushion that can help you better absorb and bounce  back from financial shocks. And one woman specifically regretted not doing that. “I would have reined in my spending and increased my savings while I was married and we were a high-earning couple,” she wrote. “After divorce and a job loss I realize with much regret that good earnings may not continue long-term.” Of course, having adequate insurance, including life, health, disability and, if appropriate, long-term care insurance is also key. But the main idea is to recognize that things don’t always go as smoothly was we’d like, so you need to think ahead about the obstacles you may encounter and how you’ll handle them.

3. Don’t forget the personal side of retirement planning. “Retirement is a huge personal adjustment,” says Virta. “You need to think not just about your financial picture, but how to give your life a sense of purpose and meaning after you’ve stopped working.”

Several people spoke of being surprised at the how challenging the transition from work to retirement could be. “What I did not anticipate or prepare for was the lack of identity in retirement,” confided one retiree. “When I walked out the door on my last day of work, that was the last I saw or heard from co-workers. I had a job where I mattered and all of a sudden that stopped.”

Do It Now! Stress Test Your Portfolio

Some offered practical advice, including this person who recommended having not just a retirement financial plan, but a retirement “life” plan: “Find something that interests you or how you can make a contribution: charitable works, learning about something you always wanted to know about, mentoring younger folks, teaching etc. In the end, coupled with the fun stuff like travel and sports, it makes for a fuller retirement.” I couldn’t agree more, which is why I’ve long advocated that in the five to 10 years leading up to retirement that people do some “lifestyle planning,” or thinking seriously about how you’ll live when you no longer have a job to provide a ready-made structure for your day.

These were hardly the only issues that retirees and near retirees weighed in on. Many, for example, recommended waiting until full retirement age or older to claim Social Security to take advantage of the roughly 8% increase in benefits for each year you delay claiming until age 70. The higher tax burden some retirees face after required minimum draws from IRAs and other retirement accounts kick in after age 70 1/2 was another hot topic, as was the related issue of whether to convert savings in traditional IRAs and 401(k)s to a Roth account as a possible way to reduce their tax tab.

And it was also refreshing to see a comment or two reminding people that they shouldn’t let preparing for their future prevent them from enjoying the present: “My do-over,” wrote one retiree, “would be to not worry as much about retirement and have more fun along the way. Not with things, but with experiences with family and friends.”

So if you have a few minutes, I suggest you check out what these retirees and soon-to-be retirees have to say about their experiences on the road to retirement. Who knows, maybe you’ll pick up a few nuggets of practical advice or a fresh perspective that may make your own journey go more smoothly and perhaps even help you better enjoy retirement once you get there. (8/18/17)

Walter Updegrave is the editor of RealDealRetirement.com. If you have a question you would like Walter to answer online, send it to him at walter@realdealretirement.com.