Thinking Of Doing A Back-Door Roth IRA? Here’s A Strategy That May Work Better 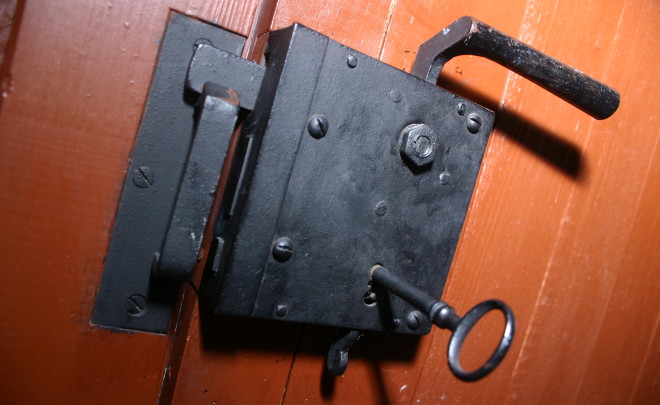 The “back-door Roth IRA”—a technique that allows investors barred from contributing to a Roth because their income is too high to fund one by opening and immediately converting a nondeductible IRA—has gotten considerable attention lately. Some people are concerned that a future Congress might eliminate the strategy; others worry that simultaneously funding and converting a nondeductible IRA might violate the “step transaction” doctrine. But while the back-door route remains viable, at least for now, high-income investors may want to consider an alternative that can often get more money into a Roth.

The back-door Roth IRA has been effective for many investors whose income prevents them from contributing to a Roth IRA. (Morningstar’s IRA calculator can tell you whether you’re eligible to do a Roth.) But the strategy can get complicated if, like many affluent investors, you already have pre-tax money in traditional IRAs. The reason is that even if the nondeductible IRA you just funded has no investment gains and thus consists entirely of after-tax money, you would still owe income taxes when you convert the account to a Roth. Why? Well, in the eyes of the IRS, you’ve got to take into account the money in your other non-Roth IRA accounts, even if you’re converting only a specific account.

Check Out: 2 Ways To Get Guaranteed Lifetime Income In Retirement

Here’s an example. Let’s say you have $100,000 in pre-tax dollars you transferred from a previous employer’s 401(k) into a rollover IRA and that you decide to contribute $5,500 to a nondeductible IRA (the max for anyone under 50) with the intention of immediately converting to a Roth. Even though you may think you own no income tax on the conversion since that $5,500 contribution was in after-tax dollars, the IRS looks at it differently.

If you participate in a 401(k) that accepts IRA money—and has investment options and fees you consider acceptable—you may be able to get around the conversion tax by rolling your $100,000 IRA into the 401(k). That would leave you with only your nondeductible IRA consisting of nontaxable after-tax dollars, which means you would owe no tax converting it to a Roth.

Check Out: 3 Ways To Build A $1 Million Nest Egg Despite Lower Investment Returns

What you’ve really accomplished by doing the straight conversion instead of funding-then-converting a nondeductible IRA is tilt your mix of traditional IRA and Roth IRA money more toward the Roth side. If you had taken the back-door Roth IRA route, you would have ended up with $105,500 in total IRA balances, or $100,000 in your rollover IRA and $5,500 in a Roth IRA. By doing a conversion with the nondeductible contribution and what you would have paid in tax to convert the nondeductible IRA to a Roth, you end up with roughly $100,000 in IRA accounts—$75,000 in a traditional IRA and about $25,000 in a Roth IRA.

Check Out: Are Roth IRAs And 401(k)s Being Oversold?

At first glance, it may seem that you’re better off with the $105,500 total balance you would have by going the back-door Roth route rather than the smaller $100,000 in IRA balances you would end up with by doing a straight conversion instead. But in terms of after-tax dollars you could still come out ahead down the road by having the slightly lower total balance but more dollars in the Roth IRA. Whether you do or not depends largely on the tax rate you face when you withdraw money from your IRA accounts. If you face a higher marginal tax rate at retirement—say, 33% instead of 28%—then you’ll end up with more money after taxes by having more of your IRA funds in the Roth IRA. If you drop to a lower marginal tax rate—say, from 28% to 15%—then you’ll have more after-tax dollars with a smaller Roth—that is, the combination of the back-door Roth IRA and traditional IRA. If you stay at the 28% marginal rate, or even drop slightly to 25%, the straight conversion comes out ahead, although the edge will likely be relatively modest.

Of course, it can be hard to predict what tax rate you’ll face in the future, which is why I think it’s reasonable to diversify your tax exposure by having some money in both traditional and Roth retirement accounts (not to mention taxable accounts with investments that generate much of their return in capital gains that will be taxed at the lower long-term capital gains rate). Roth IRAs also have other advantages that can make them a worthwhile choice, including giving you more flexibility in managing your tax bill in retirement.

Keep in mind too that any pretax dollars you convert are considered taxable income, which, combined with your other income, could push you into a higher tax bracket. If you find that’s the case, you may want to limit the amount you convert to avoid a higher tax bill and possibly undermine the benefit of a Roth.

Bottom line: If your income prohibits you from doing a Roth IRA and you have no non-Roth IRAs, the back-door strategy can be an effective way to get money into a Roth. But if you already have other IRAs and would like to get more money into a Roth IRA than you can squeeze through the back door, the conversion strategy I’ve laid out above may be a better way to go.   (8/11/15)