Yes, There Is A Proven Way To Picking Winning Funds 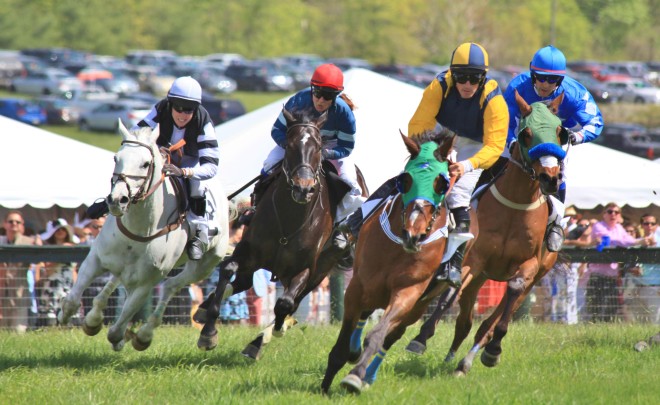 In the investing equivalent of betting on the ponies, thousands of investors and advisers scan mutual fund return data each day hoping to pick funds that will consistently stay at the top of the performance charts. Alas, it’s a waste of time, effort and money. Read on for a better way.

If you’re the type who thinks that by dint of diligent research, superior insights or just an uncanny ability to pick winning investments that you can get the inside track on which funds are likely to consistently outperform their peers in the years ahead, I’ve got four words of advice for you: Don’t count on it.

Check out: The One Investment You Need Most For Retirement

The S&P report goes through a mind-numbing array of different time periods and different ways of slicing and dicing the data. It looks at bond funds as well, which did slightly better than stock funds, but not enough to crow about. The report’s overall conclusion is that “relatively few funds consistently stay at the  top.

This shouldn’t come as a surprise. After all, fund manager are by and large a smart, well-educated group who know a lot about investing and devote considerable effort and expense to generate competitive returns. Which makes it tough for any one of them to consistently outrun his peers. Sure, there are going to be exceptions—the occasional Peter Lynches and Warren Buffetts. Question is, can you pick them in advance before they create their phenomenal record, as opposed to identifying them with the benefit of 20/20 hindsight? The answer is no.

So what is the secret to picking funds that are likely to consistently outperform most of their peers over long stretches?

The secret’s really not very secret: stick to low-cost broad-based index funds or ETFs. One reason for opting for index funds is that you know exactly what you’re getting. When you buy an index fund, you get all the stocks in a market benchmark or a representative sample large enough to track the index. So you don’t have to worry that your large-cap manager is going to dip into small stocks or that your value-oriented manager is going to stretch the definition of value and buy high-flying tech issues to juice returns and look better than their peers. This certainty makes it easier to build a broadly diversified portfolio as you don’t have to worry that managers’ tactical moves might lead you with more (or less) exposure to some areas of the market than you intend.

And then there’s the cost advantage. A Morningstar study estimates that the asset-weighted expense ratio for all funds and ETFs was 0.64% in 2014. If, on the other hand, you simply averaged all fund and ETF expense ratios without regard for the assets they hold, the figure is a higher 1.19%. Regardless of which way you calculate fund expenses, you can easily find index funds and ETFs that charge less than 0.25% by contrast (and sometimes less than 0.10%), a significant saving. While there’s no guarantee that each dollar you save in expenses translates into a dollar of extra return, research does show that low-cost funds tend to outperform their high-cost peers. I’d also add that given forecasts for lower investment returns in the future, it’s all the more crucial to hold down the portion of gross return that goes to expenses.

Does this mean you’ve got to be a purist and limit yourself solely to index funds and ETFs? While I have no problem with going all-index—a total U.S. stock market fund for broad domestic stock exposure, a total U.S. bond market fund for your bond stake and a total international fund if you want to include foreign shares in your asset mix—I don’t contend you would be totally undermining your investing efforts if you throw in the occasional actively managed fund, provided it has low expenses. Indeed, a new Morningstar report comparing index funds and actively managed portfolios found that while index funds generally outperform their actively managed peers, those active funds with low expenses tend to shape up much better vs index portfolios than high-fee actively managed portfolios.

But let’s face it. The main reason most investors opt for active funds is because, as with horse racing, we like the challenge of trying to pick a winner and we get a thrill when our bet pays off. But that challenge is a lot stiffer than many investors believe, and the payoffs too iffy to make the whole fund-picking exercise worthwhile.   (7/6/15)