The Price of Pre-Retirement Procrastination 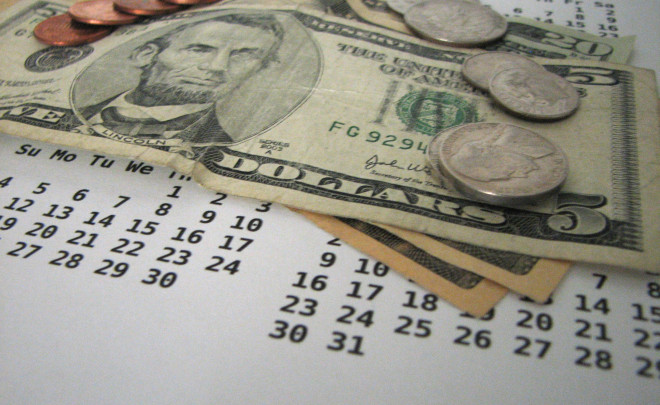 When it comes to the downside of procrastination, most people focus on the danger of getting a late start on saving. Indeed, a TIAA-Cref’s Ready-to-Retire Survey shows that’s a major regret. But you can also put your retirement in jeopardy by putting off certain key tasks in the years just before retirement. And the cost can be just as devastating as procrastinating earlier in life.

We all know by now (or should) that putting off saving for retirement in jeopardy comes with a high cost. As I’ve shown before, a 25-year-old who earns $40,000 a year, gets 2% annual raises and contributes 15% of salary to a 401(k) or similar plan each year, earns 5.5% a year on investments and follows that regimen for 40 years would end up with a nest egg of roughly $1.1 million. Were that same hypothetical 25-year-old to wait until age 30 to start saving, his projected nest egg’s value would drop to $875,000. And it falls to $680,000 if he procrastinates until age 35.

Check Out: Playing Catch-Up At 50 or Older

But procrastination during the home stretch to retirement, or even after retiring, can also be costly too, although it may be harder to put a specific number on.

What kind of  procrastination am I talking about?

Well, for starters, many people don’t transition early enough from investing for long-term growth to creating a portfolio more geared toward generating income that will support them throughout retirement. Making such a shift doesn’t mean you should dump stocks wholesale or load up on “income investments.” Rather, it’s mostly a process of refining your stocks-bonds mix to be sure it reflects the level of risk you’re comfortable with as you enter retirement. Failing to go through such a re-assessment could leave you with a stock-heavy portfolio that, in the event of a major market downturn, could significantly reduce the amount of money you can safely draw from your portfolio each year and lower the chances that your savings will last as long as you do.

Another area where pre-retirees delay is getting a fix on the expenses they’ll face when they retire. You can’t forecast outlays precisely; there will always be wildcards. But you can come up with a reasonable estimate that you can update periodically by going to an online budget tool like the Retirement Expenses Worksheet in Fidelity’s Retirement Income Planner calculator. It suggests dozens of expense items and also has room for custom expenses you create, making it unlikely you’ll overlook anything. This worksheet also allows you to designate each expense as essential or discretionary, so you can more easily see where you can cut back, if necessary. One cost of foregoing such an analysis is that you might pull the trigger on retirement before you’ve accumulated the resources you need, which could mean you’ll have to live a more frugal retirement than necessary or,  in some cases, even “unretire” to avoid depleting your nest egg.

Many people often don’t engage as early as they should in figuring out what they can expect from Social Security. Certainly by your late 50s, you (and your spouse, if you’re married) should be checking out Social Security’s Retirement Estimator to see what sort of project benefit you may qualify for at different retirement ages. And by your early 60s, you’ll want to go to a tool like Financial Engines’ Social Security calculator, which can show you how you may be able to boost the amount you receive over your lifetime by delaying taking benefits (an instance when procrastination of a sort can make sense) or engaging in a variety of “claiming strategies” that can boost benefits.

Check Out: Should You Factor Social Security Into Your Investing Strategy?

In this instance, it’s actually possible to come up with a potential cost of procrastination. In a recent column I showed how a married man earning $100,000 a year and his wife who earns $60,000 might lose $300,000 in joint lifetime benefits if they both start taking payments at 62 instead of coordinating their filing to maximize their payout.

There are plenty of other key issues you should be looking into as you approach the final five to ten years of your career. Will your nest egg will last a good 30 or so years in retirement? No reason for that to be mystery. You can get a decent sense of how long your savings might support you by plugging plug your account balances and other financial info into a good retirement calculator like T. Rowe Price’s Retirement Income Planner. What are the pros and cons of reverse mortgages and what kind of income might one provide? You can and should research such questions before pulling the trigger on retirement by checking out The Mortgage Professor and AARP sites. And while you’re at it, take the time to do some broader retirement lifestyle planning—that is, taking a hard look at how you’ll actually spend your time after leaving your job and investing such issues as whether to relocate or downsize.

Retirement planning is tough. You’ve got to get an early start and then pushing on throughout your career, even when you face lots of other demands on your time and finances. It would be a shame to get that part of the process right, and mess things up by dropping the ball just as the finish line is within sight.   (6/8/15)