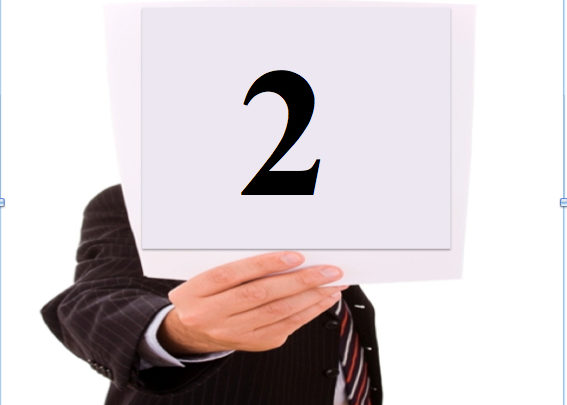 In case you missed the memo, let me to be the first to alert you: This is National Retirement Planning Week. Okay, maybe you’re not the kind of person who’ll mark this august occasion by taking to the streets carrying pro-401(k) banners while chanting slogans touting the virtues of target-date retirement funds. But given the stock market’s recent erratic behavior and concerns about the impact a trade war could have on the economy, you may at least want to set aside some time to see where your retirement plans stand and how well they might hold up if the prospects for the market and the economy turn south. Here are two steps you can take toward that end:

1. Take a hard look at your retirement investments. The latest Wells Fargo/Gallup Investor and Retirement Optimism Index found that more than half of investors weren’t especially concerned about recent volatility in the stock market, while 60% said they still believe it’s a good time to invest in the financial markets.

Hey, confidence is great, but when it comes to investing your hard-earned savings for retirement, you also want to be realistic. I’m not suggesting that a bear market is imminent or that you should overhaul your investing strategy in anticipation of one. But considering some of the market’s wild ups and downs of late and that this bull market is in its ninth year, it’s only prudent to make sure your savings are invested in a way you’d be comfortable with should stocks go into a major slump.

4 Signs Your Retirement Strategy May Need A Reset

Start by re-assessing your asset allocation, a move that’s especially crucial if you haven’t been periodically rebalancing throughout this long bull market. The idea is that you want to hold enough stocks to earn the returns you’ll need to grow your nest egg over the long-term, but also enough in bonds to provide some downside protection so you don’t bail out of equities in a severe downturn. You can arrive at a reasonable stocks-bonds mix given your investing time horizon and appetite for risk—and see how various blends of stocks and bonds have performed in the past—by completing Vanguard’s free risk tolerance-asset allocation questionnaire.

While you’re at it, take a few minutes to see if you own what I call “bull market buys.” These are speculative or gimmicky investments people tend to snap up on the spur of the moment during the euphoria of a rapidly rising market but that don’t really fit into a coherent investing strategy. If you don’t know right off what specific role a particular mutual or ETF plays in your portfolio and you can’t explain how your investing results would suffer without it, chances are you’re better off without it.

2. Verify whether you’re actually on track. There’s no doubt that the market’s surge since the 2008 financial crisis has helped fatten retirement accounts. Witness the fact that Fidelity Investments recently reported a record number of 401(k) millionaires in the workplace retirement accounts it oversees.

When Should You Move To A Safer Portfolio For Retirement?

But a large balance in and of itself doesn’t guarantee a secure retirement. The real question is whether your nest egg will be able to generate enough income, combined with Social Security, to maintain your standard of living in retirement.

One way to answer that question is to go to a tool like T. Rowe Price’s retirement income calculator. Enter such information as your age, salary, how much you already have saved and how much you’re saving each year retirement, and the tool will estimate your chances of being able to retire on schedule with sufficient income. If your probability of success is uncomfortably low—say, much below 80%—then you’ll want to re-run the analysis to see how moves like saving more, investing differently and delaying retirement a year or two might improve your chances.

If you’re already retired, the central issue is finding a level of spending that will allow you to live comfortably in retirement without exhausting your nest egg too soon. T. Rowe’s retirement calculator can provide guidance on that score too, although instead of entering how much you’re saving each year, you plug in the amount you intend to spend. The tool will then determine if your nest egg will likely be able to support that level of spending throughout retirement or whether you’ll need to make adjustments, such as cutting back on expenditures or revising your investing strategy.

The giant investment firm BlackRock has also just introduced a new calculator designed to help retirees between the ages of 63 and 95 easily gauge how much they can spend in retirement: the LifePath Spending Tool. There’s some sophisticated number-crunching going on under the hood—essentially, BlackRock combines its forecast for market returns with assumptions about retirees’ longevity to arrive at its spending estimates. But the tool itself is simple to use.

Enter your age and the amount you have saved in retirement accounts, and the tool not only provides spending recommendations for the current year but also estimates how much you can spend (and what your remaining account balance will be) each year to age 95. Since market conditions change over time, the idea is that you would re-visit the tool annually for updated spending estimates.

For now, the tool is available only to people whose retirement plans are overseen by BlackRock, and the projections assume a retirement portfolio of 40% stocks and 60% bonds. BlackRock expects to make LifePath publicly available on its site later this year and eventually allow its spending projections to factor in Social Security as well as other portfolio mixes.

But Retirement Planning Week or no, the point is that today’s heightened volatility and uncertainty make it all the more crucial that you review your retirement plans to confirm that they’re solid—and take steps to shore them up if they’re not. (4/4/18)