Should You Bet Your Retirement On Warren Buffett? 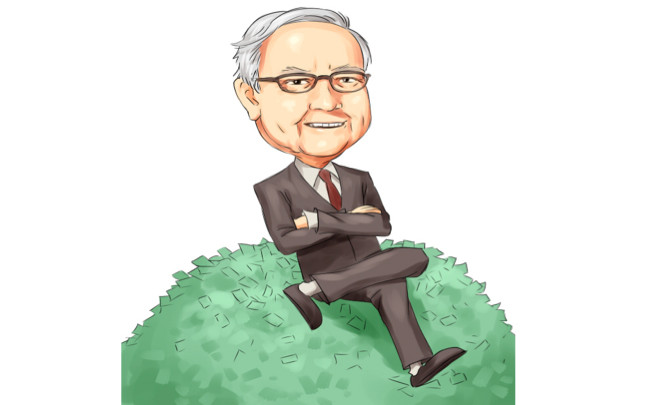 Last year I invested $50,000 of my retirement money in Berkshire Hathaway shares. I’m now trying to decide whether I should put much more of my savings into Berkshire or create a diversified portfolio of stocks, funds or ETFs. What do you think?

I have the greatest respect for Berkshire Hathaway chairman and CEO Warren Buffett. I admire him not just for his stellar investing record—Berkshire shares have gained 21.6% annually since 1965 vs. 9.9% for the Standard & Poor’s 500—but for the folksy wisdom he dispenses about business, investing and life in his annual letters to shareholders.

So I have no problem with you owning Berkshire shares (most likely the B shares, which recently sold for $144.31, or roughly 1,500th of the value of the A shares, which recently traded for $218,424). Indeed, many years ago I invested a small amount in Berkshire shares that I later sold for a tidy profit (and I’ve been chided myself ever since for not hanging onto them longer).

That said, I don’t think it’s a good idea to put all or even most of your retirement savings into Berkshire. As a rule, it’s not wise to concentrate more than 10% or so of your stock holdings in the shares of any single company. Assuming you have an otherwise well-diversified portfolio, I suppose you could make a case for pushing that percentage to maybe 20% or so for a unique company like Berkshire Hathaway. But I wouldn’t go beyond that.

First, when you buy shares of Berkshire Hathaway, you are getting not only a huge portfolio of securities, but 59 operating businesses as well, everything from a brick maker to a railroad. But you’re not just buying Berkshire Hathaway’s holdings. You’re also buying Buffett’s skill in overseeing those holdings and acquiring new ones.

If you’re going to make any single investment the cornerstone of the stock portion of your retirement portfolio, that investment ought to be very broadly diversified. Ideally, I think it should track the overall U.S. stock market. It doesn’t have to mirror the market exactly, but it’s weightings in small-, mid- and large-cap holdings, growth vs. value and different industries and sectors should generally adhere to those of the market overall. That’s why a total stock market index fund or ETF is an excellent core holding for individual investors. You get virtually all publicly traded U.S. stocks in one fund, and you get them in the exact proportion each represents of the market’s total value.

Check Out: How Smart An Investor Are You? Take Try Quiz

Berkshire Hathaway certainly has a wide range of holdings. Buffet describes the company as possessing “an unmatched collection of businesses” and “an extraordinary diversity of earnings, premier financial strength and oceans of liquidity.” But, for better or worse, it doesn’t have the breadth of a total stock market index fund. For example, just four stocks—Wells Fargo, Coca Cola, American Express and IBM—account for roughly 60% of the company’s investment portfolio. As for its operating companies, they tend toward cyclical businesses (manufacturers, retailers, a railroad) as well as finance and insurance operations.

Don’t get me wrong. I’m not dissing Buffett because Berkshire doesn’t mimic the total market. That’s not his goal; prudently growing his shareholders’ capital is. And he’s been incredibly successful at doing that, in particular identifying companies that have a special niche that allows them to generate consistent profits. But owning Berkshire doesn’t give you the same broad exposure to the overall economy and the market as you get from a total stock index fund or ETF.

The other reason I don’t recommend investing all or most of your retirement savings in Berkshire is that it’s unclear how much longer Buffett, at age 84, will remain at the helm of Berkshire. That’s an important consideration because you’re not buying Berkshire’s past; you’re buying its future. Writing in this year’s letters to shareholders, Berkshire vice chairman Charlie Munger said that Berkshire would “almost surely remain a better-than-normal company for a very long time” even if Buffett left tomorrow and even if his successors were “of only moderate ability.” He then went on to say that the successors would be of more than moderate ability, calling the two people whose names have been bandied about to succeed Buffett, Ajit Jain and Greg Abel, “world-leading” performers.

Check Out: 5 Questions To Ask Before Hiring An Adviser

Munger’s assessment of Berkshire’s future may very well be right on. But the fact remains that Berkshire’s success is, while not entirely, largely due to Buffett. And people invest in Berkshire not just for the collection of companies and managers he’s assembled to date, but for his expertise in overseeing the company and putting his insights to work in investing the huge amount of cash Berkshire generates each year. (Indeed, one academic study attributed Berkshire’s performance as much to Buffett’s prowess at acquiring new businesses as to picking stocks.) I’m not suggesting the whole shebang will fall apart post-Buffett. But it’s an open question as to whether its extraordinary success will continue.

Bottom line: I realize that riding Buffett’s coat tails may seem like an easy and effective way to invest your savings. And doing that could very well work out just fine. But at the risk of sounding like an old fuddy-duddy, I recommend you take a more disciplined and systematic approach: assess your risk tolerance and then build a portfolio of low-cost broadly diversified stock and bond index funds or ETFs that jibes with your appetite for risk. If you need help creating such a portfolio, you can consult an adviser (although you want to be sure you don’t mitigate the effect of the index funds’ or ETFs’ low costs by overpaying for the investment advice).

If you then want to put a small portion of your equity stake into Berkshire shares, fine. While you’re at it, you may also want to read through his shareholder letters and apply some of his observations on investing and life to your own retirement planning. But don’t tie your retirement security to the fortunes of just one company or one man, even if that man is the talented Mr. Buffett.  (3/16/15)