Should I Take Monthly Pension Payments Or A Lump Sum For Retirement? 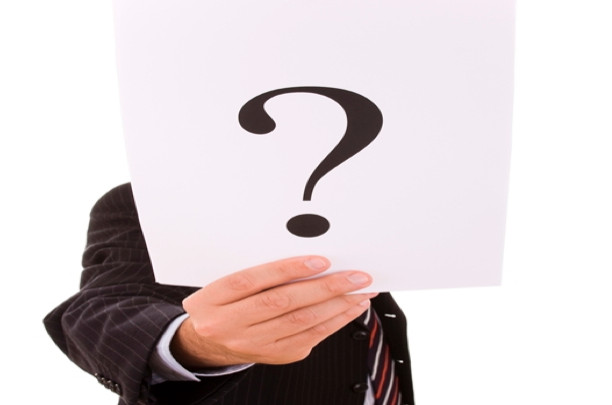 I’m retiring and my company has given me the choice of receiving a monthly pension check or a lump sum. Which should I take?

It’s nice to have choices, but that doesn’t necessarily mean deciding between them is easy. Which is definitely the case when it comes to choosing whether to take your company pension as a series of monthly payments or as a nice fat lump sum. (Or, for that matter, a related quandry: whether to invest your entire 401(k) or IRA or devote some of it to an annuity.)

Each option has advantages and disadvantages. Knowing you’ll receive a check each month for the rest of your life even if stocks are being mauled by a severe bear market can engender a sense of well-being and financial security that research shows can lead to a more satisfying and happier retirement. But if you have few retirement resources beyond that pension income, life could get difficult if you need to come up with a sizable wad of cash for an emergency or large unanticipated expense.

Taking the lump sum, on the other hand, gives you a lot more flexibility in spending and meeting unexpected outlays (or indulging in the occasional splurge). But you’ve got to be able to invest that money in a way that ensures you won’t outlive it and end up spending the latter part of retirement scraping by and wishing you’d opted for lifetime payments. While doable, investing your nest egg and managing withdrawals so that it can sustain you over a retirement that may last 30 or more years can also be a daunting task that you shouldn’t take lightly, especially given today’s miserly yields and the low rates of investment returns that many investment pros believe we’ll see in the future.

So how can you sift through these pros and cons to come up with an arrangement that works best for your particular situation?

The place to begin is by getting a handle on the expenses you’ll face in retirement. Don’t rely on rules of thumb like the one that says you can generally cover your retirement outlays with 70% to 80% of your pre-retirement income. You want to create an actual retirement budget, which you can do by revving up an online tool like BlackRock’s Retirement Expense Worksheet or the budget worksheet within Fidelity’s Retirement Income Planner tool. As you’re going over your expenditures, try to separate essential expenses, such as housing costs, taxes, food and health care, from discretionary ones such as travel, entertainment and eating out. This will give you a much better sense of how much wiggle room you have to pare back expenses should you need to in the future.

Next, consider the income you’ll have to cover your expenses, starting with Social Security. If you’re not already receiving Social Security payments, you can find out how much you’re likely to qualify for at different ages by going to Social Security’s Retirement Estimator.

If Social Security alone is enough to cover all or nearly all of your basic expenses, then you may not need additional assured income from a pension. Instead, you may be able to take the lump sum, invest it and cover necessities and all or most discretionary expenses by taking draws from that lump amount plus any other retirement savings you may have. To estimate the chances that your lump sum plus any other savings would be able to support you throughout retirement given the amount you expect you would have to withdraw each year to pay expenses not covered by Social Security, you can go to a retirement income calculator that uses Monte Carlo simulations to make its projections.

But if Social Security falls well short of covering essential expenses—or if you think you would just feel more secure with having more guaranteed income than you’ll get from Social Security alone—then taking the monthly payments as a lump sum may be the better way to go.

How Much Do You Know About Retirement Income? Take This Quiz

Before you do that, however, it’s a good idea to see how the monthly pension payments your company is offering stack up against the payout you could get by taking the lump sum, rolling it into an IRA (so the entire lump isn’t immediately taxed) and then using that money to purchase an immediate annuity held within the IRA.

Today, for example, a 65-year-old man who uses a lump sum of, say, $350,000, to buy an immediate annuity from an insurance company would receive about $1,920 a month for the rest of his life. A 65-year-old woman would get roughly $1,820 a month, and a 65-year-old couple (man and woman) would receive about $1,600 a month that would be paid as long as either of them is alive. You can see how much an immediate annuity from a private insurer might pay in your situation by plugging the value of your lump sum into this annuity payment calculator.

Why Too Much Guaranteed Income Can Be A Bad Thing

If you go through this exercise, you’ll probably find that your company offers a significantly larger monthly payment than what you can get for your lump sum from an insurer’s annuity. Indeed, a 2015 General Accounting Office report noted that a 65-year-old man who uses a pension lump to buy an insurer’s immediate annuity would end up with a monthly payment that’s 17% lower, on average, than that offered by his company plan, largely because insurers use different interest rate and mortality assumptions than pension plans and must also factor in a profit margin. A 65-year-old woman would end up with an even smaller payment—24% less than what she would receive from a company pension—as insurers base their rates on women’s longer life expectancy, while federal law requires pension plans to assume the same life expectancy for men and women.

But even if you’re inclined to opt for a monthly pension payout over a lump sum and your company offers a higher monthly payment, there may be other factors that might argue against taking the payments. For example, if you’re in such poor health that you don’t expect to live long enough to collect many of those payments, then you could be giving up lots of money by forgoing the lump sum (although, if you’re married, you need to consider your spouse’s life expectancy as well as your own).

Similarly, taking the monthly payments might not make sense if you have little else in the way of retirement savings or other assets (home equity, insurance policies with cash value, etc.) beyond your company pension plan, as doing so could leave you with adequate monthly income but no savings or other resources to fall back on to cover emergencies or large unanticipated expenses.

A minority of pension plans gives participants the choice of taking a portion of their pension in a lump sum and the rest in monthly payments. This can be a very effective option, since it allows you to combine the benefit of assured income with the flexibility of a savings stash you can tap as needed. If your plan isn’t among those offering this option, there is another way to get this combination—namely, take the lump sum and use a portion of it to buy an immediate annuity from a private insurer. Just be aware, though, that you’ll likely be giving up your pension plan’s more favorable annuity rate if you go this route.

I’m sure that by now it’s become clear—if you hadn’t realized it already—that the payments vs. lump sum decision can get complicated pretty quickly. So before you decide, I recommend that you check out this eight-page guide on pension payout options from the Consumer Financial Protection Board and also visit the Pension Rights Center’s website, which, among other things, offers information about pension counseling programs. You might also want to have a financial adviser crunch the numbers so you can see how various alternatives—lump, monthly payments, a combo of the two—shake out for you. (Keep in mind, though, that an adviser may have an incentive to recommend the lump so he can sell you investments or charge an annual fee to invest the lump).

Bottom line: This is an important decision that can directly affect how well you’ll live in retirement. So give yourself plenty of time to sort it all out. The last thing you want to do is to make a hasty choice that you’ll come to regret.  (5/2/16)