Should I Move My $500,000 Retirement Stash Into Annuities? 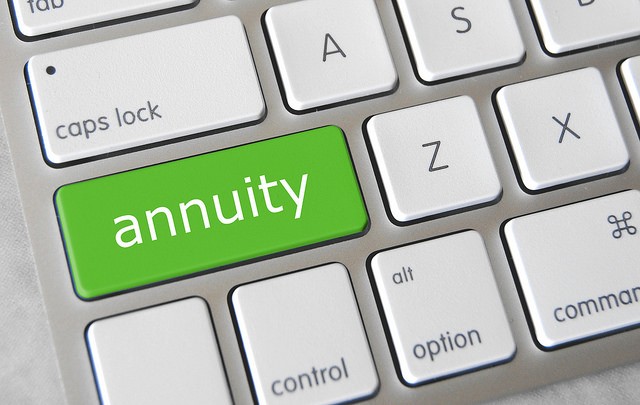 I have my retirement savings of about $500,000 in a diversified portfolio of stocks, bonds and mutual funds. I’m nearing retirement, however, so I’m not happy with the volatility. It’s been suggested that I switch over to annuities. What do you think?

I think you need to proceed with caution. I don’t want to suggest that just because someone recommends annuities he or she is driven solely by the desire to earn a commission or is putting his or her financial interests ahead of yours. On the contrary, I’ve long believed that in certain situations the right type of annuity can play a legitimate role in a retirement portfolio.

That said, it would be foolish to ignore the fact that there is a, shall we say, unsavory side to the annuity business that, as outlined in a recent report by Senator Elizabeth Warren, involves fat commissions and other sales perks (vacation trips, entertainment, dinners, etc.) that may make some advisers more likely to tout annuities than other investments or strategies. I think it’s also fair to say that, for whatever reason, annuities are often pushed on people who may be better off without them.

So the question you need to ask yourself is whether you really need to invest any of your money in an annuity for retirement and, if so, what kind?

Annuities may be touted for a lot of reasons. But there is one thing that annuities can do that no other investment can do—namely, generate retirement income you can count on no matter how long you live and regardless of what’s going on in the financial markets. The main issue, then, for you and any other retiree or near-retiree considering an annuity, is whether you actually need more guaranteed retirement income than the amount you’re already scheduled to receive from Social Security. (To see how monthly income Social Security will provide, you can go to Social Security’s Retirement Estimator tool.)

If your Social Security payments are large enough to cover all or nearly all of your essential retirement expenses—which you can estimate by going to one of the online budget calculators listed in RealDealRetirement.com’s Retirement Toolbox—then you may be able to get by quite nicely on Social Security plus periodic withdrawals from your diversified portfolio of stocks, bonds and mutual funds to cover any excess expenses as well as emergencies and occasional splurges. As long as you keep those withdrawals from your retirement investments within reason, you should have a good chance that your savings will be able to support you for the rest of your life.

Similarly, if your nest egg is large enough relative to your expenses that you’re highly unlikely to deplete it even over a very long life, then you probably don’t need an annuity. (To gauge how long your savings might last at various withdrawal rates, you can check out this retirement income calculator.)

Of course, your nest egg will still be subject to the ups and downs of the financial markets. But you should be able to deal with that volatility by coming up with a mix of stocks and bonds that provides downside protection in line with your tolerance for risk yet also can deliver enough growth to support a reasonable level of withdrawals.

But if your Social Security payments fall well short of providing you with sufficient assured income to cover basic expenses—or, if you just prefer the emotional comfort of having a larger cushion of guaranteed income—then you may want to consider devoting a portion of your savings to an immediate annuity.

The premise behind an immediate annuity is pretty straightforward. You turn over a lump sum to an insurance company in return for a guaranteed monthly payment for the rest of your life. (If you want a payment that will continue as long as either you or your spouse is alive, you can choose the “joint and survivor” option.) The amount of the payment you’ll receive depends on, among other things, the amount you invest, your age (and your spouse’s or partner’s age, if you’re taking the joint and survivor option) and the level of interest rates. Today, for example, a 65-year-old man who invests $100,000 in an immediate annuity would receive payments of roughly $555 a month for life, a 65-year-old woman would get about $525 and a 65-year-old man-and-woman couple would collect about $470.

But there’s another type of annuity you might want to consider if you don’t need extra guaranteed income in the near term, but feel you might be able to use some later on. Perhaps you just want a bit of assurance that you’ll still be financially secure late in life even if you overspend early in retirement, or maybe you just want to be sure that no matter what you can count on some extra guaranteed income you can use in your dotage for medical expenses or whatever.

How To Plan For a Happier, More Enjoyable Retirement

To get an idea of how much monthly income y0u might receive from both an immediate and a longevity annuity based on your age, sex, the amount you invest and other factors, you can go to this annuity payment calculator.

It’s important to remember, though, that however appealing an annuity’s guaranteed income might be, it comes with downsides. One is that if you die prematurely, you could end up collecting a lot less income from an annuity than you expect, or even none if you die before you reach the age when your longevity annuity begins making payments. So if you have good reason to believe you’ll have a shorter-than-average lifespan, you’re probably not a good candidate for an immediate or longevity annuity.

Another downside is that you typically no longer have access to your dough once you buy an immediate or longevity annuity, so that money isn’t usually available for emergencies and such, or to leave to your heirs. So even if you decide you do want the extra guaranteed income an annuity can provide, you wouldn’t want to put all, or probably even most, of your nest egg in an annuity. You’d want to have at least enough left in a diversified portfolio of stocks and bonds (and a cash reserve) for liquidity for emergencies and such as well as to provide some capital growth to protect your purchasing power from inflation.

Have You “Crash-Tested” Your Retirement Plan?

If you decide to go ahead with an annuity, you’ll also want to do some comparison shopping, as payments can sometimes vary by upwards of 10% from one insurer to another. You can compare quotes from different insurers by going to a site such as Immediateannuities.com and checking out the annuity offerings of investment firms like Fidelity, Schwab and Vanguard. And since you’ll be depending on the insurance company’s ability to make those guaranteed payments, you’ll want to limit yourself to insurers that receive high financial strength ratings (generally A+ or better) from ratings companies like A.M. Best and Standard & Poor’s. For more on how to end up with an annuity that’s best for you, I suggest you check out this previous column on five tips for choosing the right annuity as well as this one that suggests three key questions you should ask before investing in an annuity.

Finally, don’t rush this decision. Recent research by Morningstar shows that you give up relatively little of the benefit an annuity has to offer as long as you buy within 10 years after retiring. So take your time. In fact, you might want to spend a little time in retirement to get a better handle on your income needs before deciding whether to buy. And even if you eventually decide an annuity is the way to you, you may want to commit your money gradually, say, buying three smaller annuities over a period of a few years rather than investing a single chunk all once, as such a strategy reduces the odds you’ll commit all your annuity money when interest rates are at or near a low point.  (3/14/16)