Should I Go To Cash And Wait For The Crash? 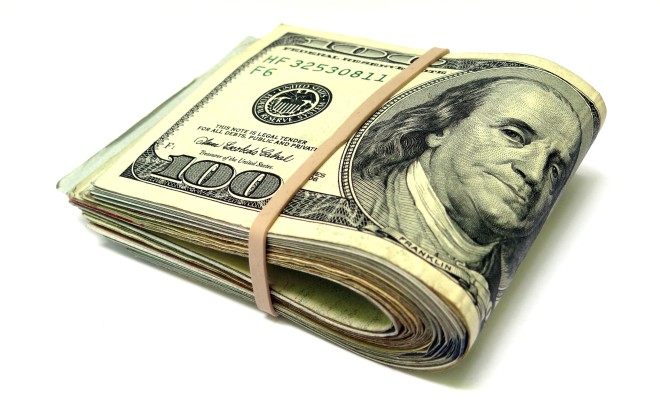 I’ve moved all my money to money-market funds. My plan is to wait for the crash and when things start looking better get back into the market to ride the rebound. Do you think this is a good idea?

If I thought you were able to predict when stocks will crash, when the market will hit bottom and when it will actually recover, then I’d say your plan is masterful, a sure-fire way to avoid losses, capitalize on gains and boost your long-term return. Unfortunately, your chances of doing all that range between zero and none. So I consider your idea a fantasy, not a bona fide plan.

Check Out: How To Prepare For the Next Market Downturn

The problem is that while it’s easy to identify market peaks in retrospect, it’s virtually impossible to call market tops in real time. Back in late 1996, for example, when former Federal Reserve chairman Alan Greenspan delivered his famous “irrational exuberance” speech in the midst of the dot-com bubble, some investors interpreted his remarks as a not-so-veiled warning that stock valuations were stretched so thin that the market must be headed for a crash. And it was. Except that the crash didn’t come until more than three years later, a stretch during which stock prices more than doubled.

We could very well be in a similar position today. Yes, the market’s been rocky this year, and investors are understandably concerned about losses in Chinese stocks and the fact that the U.S. market appears to be increasingly driven more by a handful of big tech stocks than a broad-based surge. The fact that stock prices have more than tripled in the past six or so years only adds to investors’ anxiety. But none of this necessarily means that a meltdown is imminent. For all anyone knows, this bull could have a lot farther to run before it runs out of steam. It’s just impossible to tell.

Check Out: The Cost of Keeping Your Nest Egg in Cash

And even if you do somehow manage to get out of the market at the right time, you’ve still got to figure out when to get back in. That’s no easy feat either. For example, the bull market prior to this one peaked in October 2007, after which it began a long decline that left prices 57% lower by the time the market slide ended in early March 2009. But while it’s easy looking back to see that it took almost a year and a half for the market to hit bottom, that wasn’t so obvious to investors who were living through it.

Consider: After peaking in October 2007, stock prices dropped almost 20% over the next five months—at which point they then abruptly rebounded roughly 12% over the next two months. With the benefit of 20/20 hindsight, we know that this was just a mini-rally, a brief respite from the bear market. But investors keen on catching the rebound in stock prices could easily have taken it as a sign that things were, to use your phrase, “looking better” and poured their money back into stocks. If they did, they would have seen stock prices plummet another 50% before bottoming out some 10 months later.

And remember, it’s not as if investors in March 2009 actually knew that the market had hit its trough. We know that now because we can look at a stock chart. But back then for all anyone knew the market could have been headed even lower. Similarly, even after the rebound was underway, it wasn’t as if investors knew whether the recovery would last or peter out. And in fact the recovery was hardly a straight line up. In 2010, prices sagged by more than 15% and in 2011 the market dropped almost 20%. We know now that those were just speed bumps in a powerful bull market. But investors had no way of knowing that at the time.

All of which is to say that this notion that someone is going to jump in and out of the market to ride the crest of rising prices and avoid the inevitable wipe outs is nothing more than magical thinking, an exercise in futility.

So what’s a better strategy? Well, I know that many people in your position—that is, sitting on a big pile of cash but too nervous to put in the market—may resort to the oft-recommended strategy of dollar-cost averaging, or moving into stocks a little at a time in an attempt to reduce the risk of getting hammered. But as I’ve noted before, while this strategy may be emotionally comforting, it makes little financial sense.

The smarter way to go: Create a mix of stocks and bonds that suits your tolerance for risk that allows you to participate in the gains when the market climbs but also affords a measure of protection when it falters. Vanguard has a free 11-question risk tolerance and asset allocation questionnaire that can help you come with an appropriate blend. Or, if you’re willing to shell out $45, you can come up with a suitable asset mix by completing the more rigorous 25-question risk profile questionnaire offered by FinaMetrica, an Australian risk profiling firm that’s used by many financial planners. Once you settle on a stocks-bonds mix that makes sense for you, the idea is that, aside from periodic rebalancing, you should largely stick to it.

Check Out: How To Handle 3 Big Risks That Can Burn You

The best way to evaluate how much risk you can take on is to complete a risk tolerance questionnaire. Vanguard has a free one that asks 11 questions designed to gauge, among other things, what size loss you feel you could stand without bailing on stocks and how long you intend to invest your money. Based on your answers, you’ll get  a recommended blend of stocks and bonds. FinaMetrica, an Australian firm that specializes in measuring risk, offers a more comprehensive 25-question risk profile questionnaire that’s used by many financial planners and costs $45. It grades you on a scale of 0 to 100 and comes with a detailed report. To translate that score into an appropriate asset allocation, you can go to the asset allocation guide in the Resources and FAQs tab at the company’s site for advisers. – See more at: https://realdealretirement.com/am-i-investing-too-aggressively-for-this-market/#sthash.8uy1lAVO.dpuf

Or you can skip this disciplined approach and engage in the guessing game of trying to divine the market’s future moves and capitalize on them by shifting your money from stocks to cash and back again—and hope you luck out and get it right.  (7/27/15)