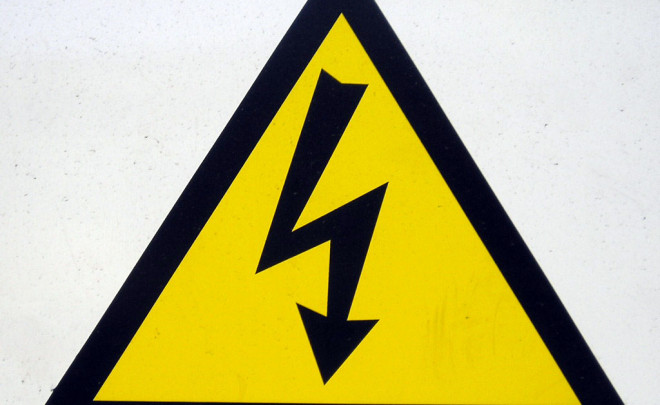 Wouldn’t it be sweet if all our retirement planning worked out exactly as we envisioned—no setbacks, snafus or foul-ups of any kind? Sweet, but unrealistic. Here’s how to prevent inevitable stumbles before and after you retire from upending your retirement plans.

A new TD Ameritrade survey says that bumps and detours along the road to retirement are the norm, not the exception, with two-thirds of Americans claiming their retirement planning has been disrupted by anything from major health bills or bouts of unemployment to business setbacks or divorce. The toll in lost retirement savings: an estimated $2.5 trillion.

Frankly, I don’t consider this much of a news flash. I mean, is anyone really surprised that bad stuff happens over the span of a long career and retirement? Still, however predictable the results, studies like this can still serve a useful purpose by reminding us of something we should already know but often forget: namely, that we’ll have a better shot at weathering and recovering from financial disruptions if we factor them into our planning ahead of time.

Here are three ways to do just that.

1. Consider alternate realities. I’m not trying to go all sci-fi on you here. But it’s important to remember that just because you get an assessment of your retirement prospects by plugging your financial info into a sophisticated retirement calculator—or working with a financial adviser—it doesn’t mean the future will necessarily unfold according to the forecast. Real life has a way of throwing the proverbial monkey wrench into well-laid plans and making a mockery of  projections.

There’s no way you can divine the future, of course. But you can run a variety of different scenarios to get a sense of how you might fare under a variety of different conditions. So, for example, after running a base scenario with reasonable assumptions, do another that assumes much higher inflation or lower investment returns or a stock market meltdown on the eve of retirement. Don’t underestimate the potential impact of a setback. The TD survey found, for example, that people lost five years’ worth of savings on average due to a financial disruption. So be sure to run a couple of worst-case scenarios—say, an extended bout of unemployment during which you can’t save, a forced early retirement, a big spike in medical bills or other expenses in retirement that eat up an unexpectedly large piece of your nest egg.

2. Create a safety a margin. Once you know how much a disruption—a spate of unemployment, a market crash, whatever—will set back your retirement plan, you look for ways to adjust your planning to stem the possible damage a bit. The first move that comes into many people’s minds is to boost savings balances by investing more aggressively. Such a move may be okay if you’re currently invested very conservatively—huddled mostly in CDs or bonds, for example. But if you’ve already got a well-balanced portfolio that jibes with your risk tolerance, then taking a more aggressive stance could easily backfire, leaving you even more vulnerable to a market crash.

If you’re still working, the better course by far is to find ways to save more. Even if you’re in the home stretch to retirement, socking away even a few extra percentage points of salary each year can significantly boost retirement account balances, making it easier for you to recover from a setback. And, in fact, when TD Ameritrade’s pollsters asked people who’d experienced a financial disruption what would most help others prepare for the unexpected, saving a greater proportion of income was the most popular answer (chosen by 44%) followed by getting an earlier start on saving (36%).

If you’re already retired, spending rather than saving should be the focus. Ideally, you want to look for ways of cutting spending without appreciably reducing your standard of living. By doing a retirement budget that divides your spending into essential and discretionary categories, you can gauge how much wiggle room you have and identify possible areas to cut ahead of time. You can create a simple budget with a pencil and pad, but you’ll find it easier to make adjustments over time and compare budgeted vs. actual spending if you create your budge with an online tool like Fidelity’s Retirement Income Planner or Vanguard’s Retirement Expenses Worksheet.

3. Take action quickly. Maybe you’ll be among the fortunate one-third of survey respondents who (so far at least) haven’t had their retirement planning disrupted. But if you do run into a problem of some sort, take corrective action quickly. Delaying in the hope that the setback may be temporary or that you might be able to muddle through without making adjustments could dig you into a deeper hole.

The first line of defense is typically to reduce expenditures, which is what 79% of the people in the TD Ameritrade survey did (although 41% were able to limit cuts to non-essentials). If you can cut outlays and still manage to save for retirement, great. But for most people, especially anyone who’s lost a job, contributions to retirement accounts are likely among the first things to go. Tapping savings should be a last resort, and if you are forced to dip into savings, pull money from non-retirement accounts first. If you have no choice but to tap retirement accounts, then at least try to do so in a way that minimizes taxes and penalties. For example, you can always withdraw any annual contributions you made to a Roth IRA tax- and penalty-free, and depending on your situation you may be able to qualify for an exemption to the penalty for early withdrawals. (See IRS Publication 590-B for the rules on withdrawals from IRAs.)

Check Out: 25 Tips That Can Improve Your Retirement Planning

If you’re retired and your nest egg’s value takes a dive, it’s especially important that you quickly review your retirement budget (you know, the one I suggested you create earlier in this column) and identify ways to cut back on withdrawals. Fact is, a hit to your nest egg, especially early in retirement, can dramatically increase your chances of running out of money during your lifetime. By going to a good retirement calculator and plugging in your nest egg’s value and trying out various levels of withdrawals, you can get a sense of what level of spending you can reasonably expect to maintain without going through your money too soon.

Bottom line: You may not be able to avoid the little obstacles and setbacks that life throws our way. But by recognizing that you’ll likely run into such speed bumps, factoring them into your planning and reacting quickly and responsibly if they occur, you should at least be able to minimize their effect.  (2/20/15)