Retirees To Millennials: Don’t Make The Same Mistakes We Did 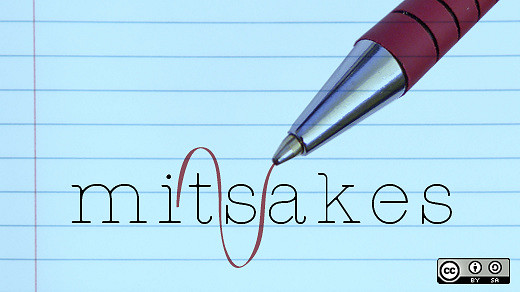 It’s good to learn from your mistakes—but even better to learn from someone else’s. Which is why Millennials and anyone else preparing for a retirement that’s still a ways off would do well to heed the results of a recent survey from Pentegra Retirement Services that asked retirees not collecting a pension (which is the position most workers today will probably find themselves in) what they wish they’d done differently on the retirement-planning front. Here are the three biggies.

1. They wish they’d started saving sooner. This was the biggest regret of the retirees polled with nearly four in ten (39%) saying they should have begun saving for retirement earlier. And when asked what advice about retirement they would give to someone younger, nearly two-thirds (63%) said they would recommend getting an early start.

That’s an excellent recommendation, especially for Millennials, as putting off saving for even a short period can significantly reduce the eventual size of your nest egg. For example, a 25-year-old earning $40,000 a year who gets 2% annual raises, saves 10% of salary each year and continues to do so throughout his career would end up with just under $830,000 in savings at age 65, assuming a 6% annual return. Just waiting five years to age 30 to get started would reduce the size of that nest egg by nearly $185,000. To see how much a late start might cost given your circumstances, check out the Will You Have Enough To Retire? calculator.

4 Lies We Tell Ourselves That Can Sabotage Our Retirement

2. They wish they had saved more during their career.  Just over a third of retirees (35%) expressed misgivings about not having socked away more money while they were working, and almost 60% said they would tell someone younger who asked for retirement guidance to save more.

Again, the oldsters are spot on. Even a relatively small bump in saving can put you in a much better position come retirement time. For example, if instead of saving 10% a year, the hypothetical Twentysomething above began putting away 12% annually from age 25 through 65, he would wind up with an extra $165,000 or so at retirement. And if he managed to salt away 15% a year—the percentage recommended in the Boston College Center For Retirement Research’s “How Much Should People Save?” study—he would go into retirement with an extra $415,000.

By the way, if saving 15%—or 12% or even 10% for that matter—is too high a hurdle right off the bat, starting with a lower percentage and upping it by a percentage point a year until you reach 15% can also substantially boost the eventual size of your nest egg.

3. They said they should have paid more attention to retirement planning when younger.  Some 29% of retirees said they wish they had gotten involved sooner in planning their retirement. To some extent this answer echoes the two regrets expressed about saving above. But I assume the retirees were also referring here to the many other things that someone should be focusing on if he or she truly wants to be engaged in preparing for retirement. And indeed, 51% of the retirees recommended always contributing enough to workplace retirement plans to qualify for employer matching contributions, while 45% suggesting looking for small ways to save even more money.

There were several other good recommendations. For example, 26% of the retirees suggested postponing taking Social Security as long as possible, generally a good move since each year you delay between age 62 and 70 boosts your monthly benefit by roughly 7% to 8%, while 22% recommended working with a financial planner, which can make sense if you’re uncomfortable flying solo and you’re able to find an honest and competent adviser whose services you can afford.

Follow These 4 Rules For Retirement Investing—And Forget Everything Else

A relatively small number, 11%, also said they’d advise their younger counterparts to invest more aggressively. That can make sense, I suppose, if fear of stock market meltdowns causes you to concentrate most of your savings to bonds or cash equivalents. But it’s also possible to overdo it on risk, so I’d suggest that you complete this risk tolerance-asset allocation questionnaire before making any dramatic changes to your investing strategy (and I’d also focus on reining in investment fees to make sure you’re getting the most out of whatever gains the financial markets deliver).

All in all, though, when it comes to the most practical and effective advice that people who’ve already made it to retirement have to offer to people still on the journey, it boils down to this: the sooner you start saving, the more you push yourself to sock away and the earlier in your career you make retirement planning a priority, the more secure and rewarding a post-career life you’re likely to have.      (6/1/16)