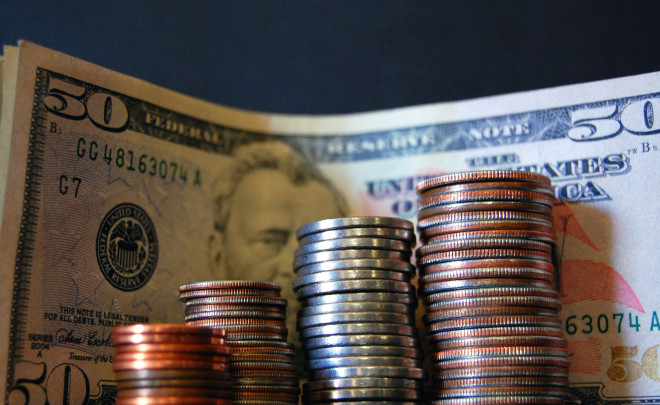 Are you farther along in your career than you are in your retirement planning? If so, you’re not alone: 42% of people in their 50s surveyed for a recent Transamerica Center For Retirement Studies report said they expect their standard of living to decline after they retire. But no matter how far behind you may be, you can still improve your retirement prospects, if you go about it the right way.

In ideal world, we’d all get an early start saving for retirement, set aside 15% or more religiously every year, invest with the skill of Warren Buffett and enter the home stretch of our career looking forward to a secure and enjoyable retirement.

Check Out: Can You Double Your Nest Egg in the Final Decade of Your Career?

If only. The Employee Benefit Research Institute’s latest report on 401(k) balances shows that people in their 50s who earn between $60,000 and $80,000 a year have a median 401(k) balance of just under $170,000, roughly two to three times salary, well below the five to seven times pay generally recommended as a target for that age. And, of course, many people have much, much less.

Which raises the question: What, exactly, can you do to materially improve your retirement outlook if you find yourself with a woefully inadequate nest egg in the latter stages of your career?

To answer that question, let’s consider the case of a hypothetical 50-year-old who earns $70,000 a year, gets 2% annual raises, saves 10% of pay and whose retirement savings consist of just one’s year’s salary, $70,000, in a 401(k). If our fictive Fiftysomething continues on that pace and earns, say, 5% a year on his savings (a return of 6% minus 1% in annual investment expenses), he would have roughly $320,000 at age 65. That’s not nothing. But it’s also probably not enough for him to maintain his pre-retirement lifestyle after retiring.

So what can he do to improve his outlook?

It would be nice if there were some magical no-pain-all-gain investment that could double his return and pump up the eventual value of this nest egg. But we all know (or should know) that’s a fantasy.

No, his first move shouldn’t come as a surprise at all: save more. True, that may not be a very attractive option especially if (as is likely) this 50-year-old hasn’t been a diligent saver most of his career. But the simple fact is that if you’ve lagged on the savings front in the past, the only effective way to make up for that is to step up your savings rate now.

The good news is that saving more even late in life can have a dramatic positive effect. For example, if this 50-year-old immediately starts saving 15% a year—which is probably what he should have been doing all along—he could be sitting on a nest egg of just over $400,000 at 65. And if he really tries to make up for lost time and socks away 20% annually—a daunting target, but not unachievable—he might be looking at an age-65 401(k) balance of just under $500,000, or nearly $200,000 more than if he had merely continued stashing away 10%.

But our 50-year-0ld can do even better. How? By staying on the job a few more years. This helps in several ways. First, it allows him to set aside more money in those last few years at work. But since he’s not dipping into retirement savings during that time, his nest egg also benefits from a few extra years of investment growth. That combination can be powerful. For example, if instead of exiting his job at 65, he works to age 68, saves 20% a year those last three years and earns a 5% net return on both existing and new savings, he could be looking at a nest egg worth $635,000 or so instead of roughly $500,000. Working those extra years would also boost his monthly Social Security benefit by about 25%, significantly boosting the amount he might collect over this lifetime. (Financial Engines’ Social Security calculator can estimate the potential increase in lifetime benefits for different retirement ages.)

Our 50-year-old may be able to nudge his 401(k) balance even higher by focusing on low-cost investment options. Granted, there’s no guarantee that every dollar you save in investment fees translates to an extra dollar of return. But Morningstar research shows that funds with low costs tend to outperform their high-fee counterparts. So if by sticking to low-cost choices such as index funds and ETFs our Fiftysomething investor is able to lower his annual investment expenses to, say, 0.25% a year instead of 1%, he might be able to earn 5.75% after expenses rather than 5%, in which case saving 20% a year and working three more years could leave him with a nest egg of just under $700,000 rather than $635,000. (The gain would much, much larger for someone who sticks to low-cost investments throughout his entire career.)

Ideally, even if you’re a die-hard procrastinator you’ll be in a better position going into retirement by following the multi-pronged catch-up strategy outlined above. But if those moves aren’t sufficient, there’s still plenty of opportunity to improve your retirement prospects even after you’ve retired if you’re willing to be flexible and resourceful.

For example, earning even a relatively small amount by working part-time or taking on occasional jobs in retirement will allow you to draw less from your nest egg, increasing the odds it will last throughout retirement. You can search for companies that hire older workers and retirees at sites such as RetiredBrains.com and RetirementJobs.com (although before taking on any job, you’ll first want to see how working might affect your Social Security benefits).

Similarly, if you’ve got equity in your home, you may be able to tap it by downsizing or taking out a reverse mortgage. The Boston College Center For Retirement Research’s Using Your House For Income In Retirement booklet outlines the pros and cons of those options. And if you’re willing to make a more radical adjustment, you might consider relocating to an area with lower living costs so you can squeeze more out of your nest egg and other retirement resources.

Check Out: Confused About Annuities? Here’s A Plain-English Explanation of How Annuities Work

Can I guarantee that someone who’s getting a late start will be able maintain his standard of living without outliving his nest egg by taking steps like those above? Of course not. That wouldn’t be realistic. But I can say that if you’re well behind in your retirement planning and you don’t launch an all-out effort along the lines I’ve described, odds are you’ll have to make some serious and potentially painful lifestyle adjustments when the paychecks stop.  (6/2/15)