More Than 40% of Americans Are Wrong About Their Retirement Preparedness. Are You One Of Them? 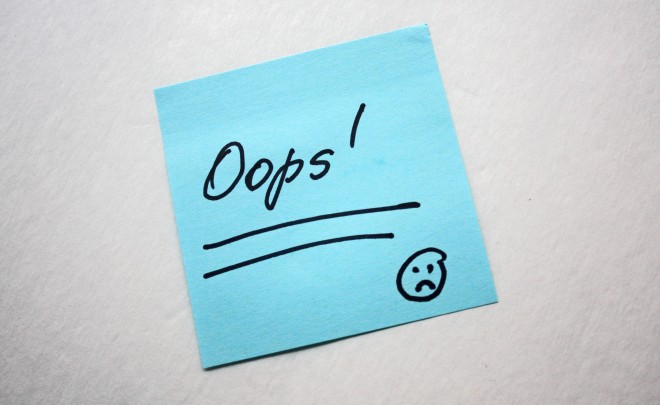 A new study by the Center for Retirement Research at Boston College (CRRBC) says that more than half of working-age Americans are at risk of seeing their standard of living drop in retirement. No shocker there. Many surveys and studies show that many, if not most, workers are well behind when it comes to preparing for retirement. What is surprising, though, is the number of people the researchers identified who believe they’re on track to a secure retirement but aren’t and, conversely, how many are worried they’re falling short but are actually doing fine.

It’s an interesting, and important, question: Just how accurate a sense do people have of whether they’re planning effectively for retirement? To suss that out, researchers at CRRBC devised a clever test. First, they looked at the answers about 3,100 households gave to the Federal Reserve’s Survey of Consumer Finances when asked whether they would be able to generate sufficient income in retirement to maintain their standard of living. They then compared those answers to CRRBC’s own assessment of those same households’ retirement planning efforts, based on projections of how much of their pre-retirement income the households would likely be able to replace given their projected savings balances, Social Security benefits, pension payments and home equity.

The good news: 57% of the households had a realistic idea of whether they were preparing adequately for retirement (although most of the people in that group knew that they weren’t doing enough). The not-so-good news: More than four in ten of the households got it wrong.

Specifically, the researchers found that 19% were essentially overconfident—that is, while they believed they were on track to a secure retirement, CRRBC’s analysis suggested that these households were actually at risk of having to lower their standard of living after they retired. The researchers labeled this group “not worried enough.”

Meanwhile, the researchers considered 23% of households to be “too worried”—that is, the households were dubious about being able to generate sufficient income in retirement, but CRRBC’s projections suggested they actually were on a path to maintain their pre-retirement standard of living.

So what might account for so many people having a mistaken sense of where they stand in their retirement preparations? Well, the answer differs for the two groups. For example, while not all the workers who owned a home or qualified for a defined-benefit, or traditional check-a-month, pension were too pessimistic about their retirement prospects, the researchers did find that such households were more likely to fall into the “too worried” category.

Why Dollar-Cost Averaging Is A Lousy Retirement Investing Strategy

Alicia Munnell, director of the CRRBC and a co-author of the study, says in the case of home ownership people may not think to factor their house into their post-career income projections because they may not plan to tap their home equity in retirement or may not be aware of how much extra income downsizing or taking out a reverse mortgage might provide. “In terms of mental accounting,” she says, “they may not be factoring it into their retirement income calculations.”

As for a defined-benefit pension, which can provide annuity payments for life, she notes that lots of research suggests that many people simply don’t understand the real value of  annuities. It’s also possible that some may not even know what size pension payment they’ll eventually receive.

By contrast, people were more likely to fall into the “not worried enough” group if they participated in a 401(k) or similar workplace plan, or if had a high income. Why, you may ask, would having a 401(k) make people more prone to have an exaggerated sense of how well prepared they are for retirement? The answer lies in what behavioral economists call “wealth illusion.” “People see that they have hundreds of thousands of dollars in their 401(k),” says Munnell. “But they don’t realize how little annual income can be drawn from that account if they want it to support them throughout retirement.” So their 401(k) balance may give them a false sense of security.

As for why a high income might lead to overconfidence, Munnell points out that the more you earn, the lower the percentage of your pre-retirement income Social Security will replace. “The higher your income, the more you’re responsible for funding your own retirement,” says Munnell. “And many high-income people don’t understand how much wealth they’ll need to maintain their living standard.”

5 Ways You May Be Fooling Yourself About Your Retirement Planning

Clearly, the more accurate the sense you have of whether you’re on track toward a secure retirement, the more effectively you’ll be able to plan to achieve it. After all, if you’re overconfident, you run the risk of entering retirement under the impression all is well, only to be forced to scale back your preferred retirement lifestyle at some point in retirement in hopes of making your savings last.

And while being “too worried,” or better prepared than you think you are, may not be quite as problematic as not being concerned enough, it too has a downside, in that you may end up saving more of your income during your career than is necessary, which in turn may prevent you and your family from enjoying life as much as you could during your working years.

So what should you do to ensure you have a decent sense of how you’re doing and what you need to do to improve your chances of having a comfortable and secure retirement?

The only sure way to know where you stand is to periodically gauge your progress. For example, you can get a decent idea of whether you’re on track to a secure retirement by going to an online tool like T. Rowe Price’s Retirement Income Calculator (which you can find in RealDealRetirement’s Tools & Calculators section) and plugging in such financial information as how much you’ve already saved, the percentage of salary you’re contributing to retirement accounts each year and your projected Social Security benefit.

If you’re not confident about doing this sort of analysis on your own, you can always find a financial adviser to crunch the numbers for you. But one way or another, you need to do such an assessment every couple of years or so to confirm whether you’re preparing effectively and, if not, explore ways to improve your strategy. Otherwise, you may find that your dream of a secure and comfortable retirement will remain a dream. (3/15/17)