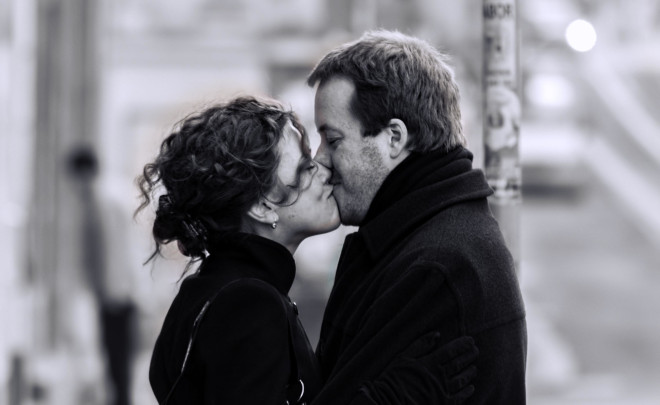 What makes for a more satisfying retirement? Financial security, sure. But a happy retirement isn’t just about the bucks. There are also nonfinancial moves you can make prior to and after leaving your job that can help you better enjoy retirement. To find out what you can do to increase your odds of having a more joyful retirement, read on.

People have long been looking for the answer the question of what makes for a happier retirement  Recently, Atlanta financial adviser Wes Moss surveyed 1,350 retirees in 46 states to find out what separates the happiest retirees from the unhappiest for his book, You Can Retire Sooner Than You Think: The 5 Money Secrets of the Happiest Retirees. Among his findings: A good-sized nest egg makes you happier, but it doesn’t have to be as big as you might think. His research suggests that once you have more than $500,000 or so, any extra happiness starts tapering off.

Maybe that’s because retirees don’t need to spend big bucks on expensive entertainment or extravagant trips to enjoy life. Indeed, a recent article in the Journal of Consumer Research noted that older people tend to derive more of their satisfaction from ordinary everyday experiences—say, reading a good book or spending time with family.

Check Out: 5 Tips For Charting Your Retirement Lifestyle

I’ve pored over a broad range of research from economists, academics, social researchers and others who have studied happiness generally and retirement satisfaction in particular and synthesized it into these four key tips:

1.  Cultivate a circle of friends. I can’t say that you’ll increase your chances of being happy by 10% for each friend you have in retirement. But in a report titled Growing Old in America: Expectations vs. Reality, Pew researchers noted that people 65 and older who were very satisfied with the number of friends they have were nearly three times as likely to say they were very happy with their lives overall than those who didn’t have enough friends. Maintaining close ties to family is also a big plus. Seven out of 10 of those at least 65 years old who were surveyed said that spending more time with family was one of the top benefits of growing old.

2. Stay active and engaged. Whether it’s working for pay, volunteering or engaging in a favorite hobby, retirees who were still active participants in life tended to be happier than those who became spectators. And engaging in a variety of activities seemed to be better than focusing on just one. Financial planner Moss found, for example, that the happiest retirees tend to have between three and four core pursuits, activities or interests they’re passionate about. And when Urban Institute economist Barbara Butrica studied retirement satisfaction, she found that retirees who both worked and volunteered were more likely to say they were very satisfied than those who didn’t.

But don’t overdo it. She also found that satisfaction trailed off when retirees worked or volunteered more than 200 hours a year, and the positive effect seemed to vanish at 500 hours. And while working can contribute to a happier retirement, economist Keith Bender  found that when people took a job not for enjoyment but solely because they needed the income, the whole dynamic kicked into reverse and working made them feel less satisfied.

Check Out: 3 Easy Moves That Can Boost Your Nest Egg By 60%

3. Make sure you’re getting enough assured income. An adequate nest egg is important. But there’s an even deeper satisfaction that comes from guaranteed income: the comfort of knowing that, whatever the financial markets may do, regular income will continue flowing in no matter how long you live. So it’s no surprise that research has shown that retirees who receive guaranteed income—whether from a traditional check-a-month-for-life pension or a lifetime income annuity—tend to be happier in retirement. A British study of well-being also showed that, aside from teenagers, people of pension age—65 and older—had the highest life satisfaction ratings. And at least one study has also shown that people who have the combination of a pension and a nest egg such as a 401(k) may be even happier.

Does that mean you should run out and buy an income annuity? Of course not. If Social Security alone will cover all or most of your essential expenses in retirement, you may have all the assured income you need to lead a happy retirement. But if you think some more guaranteed income might provide an additional margin of comfort, then you may want to take a look at my article that explains the possible advantages of devoting a portion of your retirement savings to an immediate annuity.

Check Out: Why You Shouldn’t Obsess About a Market Crash

4.  Make sure you’re getting enough… sex. A paper published earlier this year in the Journals of Gerontology found that older married couples who had more frequent sex—which was defined as any activity that with a partner that was sexually arousing—had higher levels of marital happiness than couples who had less sex or were sexually inactive. Its results confirm earlier research that also showed a relationship between sexual frequency and happiness for people 65 and older, married or not. I’m not suggesting that you should alter your sexual behavior specifically to increase retirement satisfaction the way you might change your saving or investing habits to boost your nest egg. But it’s certainly an important aspect of your retirement lifestyle that deserves attention and consideration.

There are certainly other ways to increase your odds of having a happier retirement. Maintaining your health is an obvious one. (So obvious that I didn’t feel the need to include it in this list.) The Pew study found that people who attend religious services tend to be happier (although perhaps part of the reason could also be the sense of being engaged with a community of like-minded people as opposed to just the spirituality). People who are able to control their exit from work, as opposed to being forced out, also report more retirement satisfaction. And doing some advance retirement “lifestyle planning” can also help.

So by all means make sure you’re doing all you can to get the financial aspects of retirement right. But if you want to be truly happy in retirement, don’t limit yourself to financial planning alone.  (9/1/14)