Is It Really Necessary To Rebalance Your Investment Portfolio? 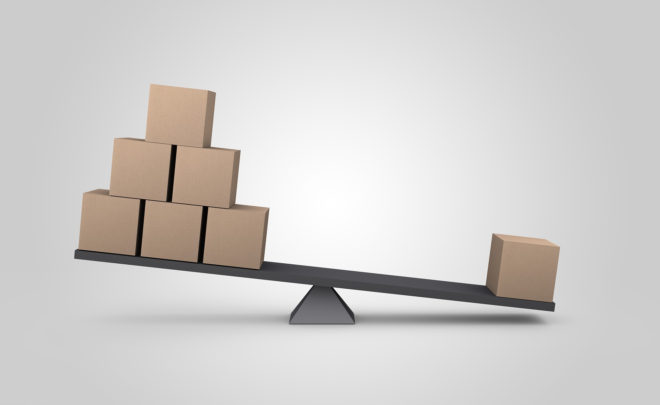 I watch my investments and feel pretty comfortable with the level of risk I’m taking, but I’m unsure whether I need to rebalance my retirement portfolio. I read somewhere that you don’t have to as long as you’re still working and contributing to retirement accounts. What do you think—do I need to rebalance or not?

Periodic rebalancing is generally a good way to keep your investing strategy on track and to prevent your portfolio from becoming too risky during market surges (like the one we’ve been experiencing in recent years) or too conservative after big market setbacks.

That said, I don’t think you have to be a fanatic about it. There may be times when you can skip rebalancing altogether, and sometimes you may be able to bring your portfolio’s balance of risk and return back in line without re-jiggering the investments you already own.

But before I get into when it makes sense to rebalance and the different ways you might want to go about it, I want to be sure we’re all on the same page about what rebalancing is and how it typically works. Here’s a quick review.

Let’s say that after assessing how much investing risk you can handle—which you can do by completing this risk tolerance-asset allocation questionnaire—you’ve decided that investing 60% of your retirement savings in stocks and 40% in bonds represents the right balance of risk vs. return for you. So you invest your savings accordingly, and you also invest any new contributions to your retirement accounts the same way, with 60% going to stocks and 40% to bonds.

But that mix of stocks and bonds in your portfolio will begin changing pretty much right after you set it. When stocks generate higher returns than bonds, stocks will become a larger percentage of your holdings; when the opposite occurs, and bonds do better than stocks, your portfolio’s weighting will shift more toward bonds.

Over the course of a few days, weeks or even months, these variations may not amount to much. So the difference in your portfolio’s risk level may be trivial. Over longer periods, however, it’s possible that you could stray significantly from your target asset mix, in which case you’d have a mismatch between the level of risk in your portfolio and the amount of risk you want to take.

Rebalancing is simply a technique for dealing with that mismatch, specifically a way to bring your portfolio’s risk level back in line with your risk tolerance. Typically, you rebalance by selling some assets and re-investing the proceeds into others. If stocks have outperformed bonds, you would sell stocks and plow the money into bonds. If bonds have returned more than stocks, you’d do the opposite. To the extent you can do such buying and selling in tax-advantaged accounts like a 401(k) or IRA, you can avoid triggering taxes on any sales that result in capital gains.

Just to be clear: rebalancing doesn’t boost your long-term returns. If anything, to the extent rebalancing forces you to cut back on your stock holdings and put more money into bonds, it reduces the return you’re likely to earn over the long-term, as stocks tend to outperform bonds over long periods. Rather, the aim in rebalancing to manage risk. It’s a way to keep your portfolio’s stocks-bonds mix in synch with your tolerance for risk.

There are plenty of theories about how frequently investors ought to rebalance. Some advisers recommend once a year, others suggest you rebalance quarterly or even monthly. Still others contend you should rebalance whenever your target percentages for assets vary by a certain margin, say, if a 60% stocks position grows to 65% or more or shrinks to 55% or less. I think annual rebalancing probably makes the most sense, as I doubt that most investors have the inclination or discipline to monitor and adjust their allocations more frequently.

But while rebalancing annually may be a decent guideline, that doesn’t mean you necessarily have to rebalance every single year. Some years, the difference in returns between different assets may not be large enough to go to the trouble of rebalancing. In 2015, for example, the stock market returned roughly 1.4%, while the broad bond market gained about 0.6%. A portfolio that started that year at 60% stocks and 40% bonds would have had a mix of 61% stocks and 39% bonds 12 months later, assuming all gains were reinvested back into the investments that generated them.

In cases where allocations haven’t wandered too far from their targets, it’s probably not necessary to go through the exercise of selling some assets and investing the proceeds in others. So you can ignore rebalancing altogether, or you may be able to bring your allocations back in line by directing new investment dollars into whichever asset has lagged. (I suspect this is what you’re referring to when you say you might not need to rebalance if you’re still contributing to retirement accounts.) Whether this technique will be effective depends on how large the gap in performance is between the assets in your portfolio, the balance of your account and how much new money you regularly contribute.

But if the difference in returns is large, you may have no choice but to resort to the traditional rebalancing method. During the financial crisis year of 2008, for example, the 37% loss for stocks and 5% gain for bonds would have reduced a 60% stock allocation at the beginning of the year to 47% by the end of the year and boosted a 40% bond position to 53%. That kind of reversal—stocks becoming the smaller holding and bonds the larger—probably merits selling some bonds and moving the money into stocks. And in fact, not only would such a move have been able to restore the portfolio to its original 60-40 mix, it would have also set it up to profit nicely from the strong market recovery that began in early 2009.

What you really want to avoid, though, is ignoring your portfolio’s asset mix for a long period of time, especially if the market is experiencing a prolonged boom. For example, if had your retirement savings invested 60% in stocks and 40% in bonds back in early 2009 and simply let it ride until now, the huge surge in stock prices over the past nine years would have pushed up your stock allocation to almost 85% and your bond stake down to just over 15%. That’s a much more aggressive stance than 60-40, and one that could leave you vulnerable to larger losses than you may be prepared to handle if the market goes into a major slide.

Keep in mind that while rebalancing is a good way to restore your portfolio to its original asset mix, you may want to move toward a different allocation, most likely a more conservative one, as you near and enter retirement. So as you age, you’ll probably want to re-assess your risk tolerance and investment goals. If you decide you want to change your target mix, you can rebalance to that mix and make it your new target. You would then go through this re-evaluation process throughout retirement.

For a variety of reasons, some investors just aren’t going to get around to rebalancing. Indeed, a recent Wells Fargo/Gallup survey found that less than half of investors rebalance at least once a year, and 30% said that given the choice between rebalancing and being stuck in traffic for an hour, they’d prefer to sit in the traffic jam.

If you’re in that camp, you may be better off in investments that maintain an appropriate asset mix for you, such as a target-date fund or managed account. But one way or another, you want to make sure that it’s you who’s controlling the amount of risk you take in your investment portfolio, not the ups and downs of the market. (1/20/18)