I’m 60 With Little Saved—What Do I Need To Do To Retire? 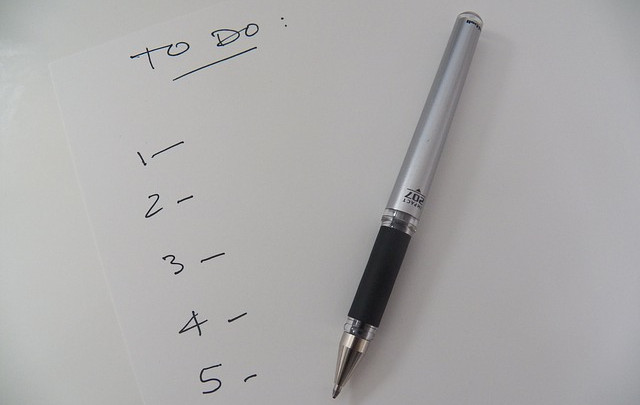 There’s no way to put a happy face on this. You are way short of the amount of savings someone of your age and with your income should have in order to be able to retire anytime in the near future and maintain your current standard of living. The fact that you’re a woman makes your situation even tougher, as you’re likely to live several years longer than a man your age, which means your nest egg will have to support you that much longer.

So I don’t want to be a Pollyanna and suggest that there are a few simple (or even not so simple) steps you can take over the next several years that will allow you to live the same retirement lifestyle you might have achieved had you been saving diligently and investing sensibly throughout your career.

Still, you can definitely improve your chance of having a more secure retirement than if you continue along your current path, although doing so will require you to put retirement planning at the very top of your list of financial priorities. You’ll also have to commit to some significant lifestyle changes in years before you retire, and possibly afterwards.

The two most important things you need to do are no secret. You know what I’m going to suggest, as does anyone who understands the basic dynamics of how retirement works. The first thing is you’ve got to start shoveling money into retirement savings accounts like you’ve never done before. I’m talking big-time savings here. The second thing you’ll have to do is stay on the job for quite a while, at the very least into your late 60s, longer if you can manage it.

Because the fact is that, short of winning the lottery, coming into an inheritance or being on the receiving end of some other windfall, the combination of ratcheting up your savings rate and remaining on the job is your best shot at achieving a relatively secure and comfortable retirement. And even if you do those two things (as well as the others I’ll suggest) you’ll still probably have scale back your standard of living somewhat.

Normally, someone whose been saving throughout his career and is now in the home stretch to retirement would be stashing between 10% and 15% of pay into retirement accounts. Since you don’t have the accumulated savings someone in that position would have, you need to get to the upper end of that 10%-to-15% range at the very least, and preferably push yourself to save even more.

Clearly, that puts you in a lot better position than you’re in now, but hardly on easy street. Assuming a 4% initial withdrawal subsequently adjusted for inflation, a nest egg of $190,000 would generate about $7,600 a year of sustainable retirement income, or about $633 a month. Certainly not enough to allow for living large.

The picture improves dramatically, however, if you continue to work and save beyond age 65. For example, save 15% a year and work until you’re 70, and you could be looking at a nest egg of roughly $290,000. Save at a 20%-a-year rate, and you’re talking about entering retirement with roughly $345,000 in savings. Figure on an initial withdrawal rate of, say, 4.5% (higher than the age-65 withdrawal rate to allow for the fact that your money doesn’t have to last as long), and a nest egg that size might produce annual income of just over $15,000, or nearly $1,300 a month, or about double the amount you would have saving 20% to age 65.

Can You Pass The Retirement Quiz Most Seniors Flunked?

Of course, saying you can save more and work longer and actually doing it are two different things. You clearly haven’t been saving regularly throughout your career, so starting now, especially at a high rate, will be quite a shock. You’ve been living a lifestyle that depends on spending most of what you earn. You’re going to have to exercise some willpower to make the transition to being a serious saver.

Similarly, even if you’re willing, you may not be able to stay on the job as long as you prefer. For example, nearly four in 10 workers said they don’t plan to retire until after age 65, according to a recent Gallup poll. At the same time, though, the Employee Benefit Research Institute’s 2017 Retirement Confidence Survey shows that nearly half of retirees said they retired earlier than they planned, often because they had a health problem or had to care for a spouse or other relative or because they were simply ousted from their job.

Given the reality that you may not be able to continue working and saving as long you’d like, it’s all the more important to push yourself to save as much as you can as long as you still have the opportunity.

There are other steps you may also want to take.  For example, if you own a home, you might consider downsizing and/or taking out a reverse mortgage as a way to turn home equity into spendable cash that can supplement Social Security and draws from your savings. You might also combine either or both of those moves with relocating to an area of the country that has lower living costs. This cost of living calculator can help you compare the cost of living in more than 200 U.S. cities.

One caution: Investing aggressively to earn higher gains may seem like a reasonable strategy to boost the size of your nest egg, especially since many pros expect investment returns will be lower in the years ahead than in the past. But such a move could backfire, leaving you vulnerable to big losses that may be difficult to bounce back from at your age. You’re better of focusing on saving more and maintaining a reasonable balance between growth and safety in your retirement portfolio.

I’m sure you’ve gathered by now that improving your retirement prospects isn’t going to be easy. But I have one final suggestion that may provide some motivation. Go to Social Security’s Retirement Estimator tool and see what your projected Social Security benefit will be at various ages. And then ask yourself how you would feel having to live solely or even mostly on that monthly income after you retire. Ideally, the answer will spur you to take action to improve your retirement outlook as much as you can.