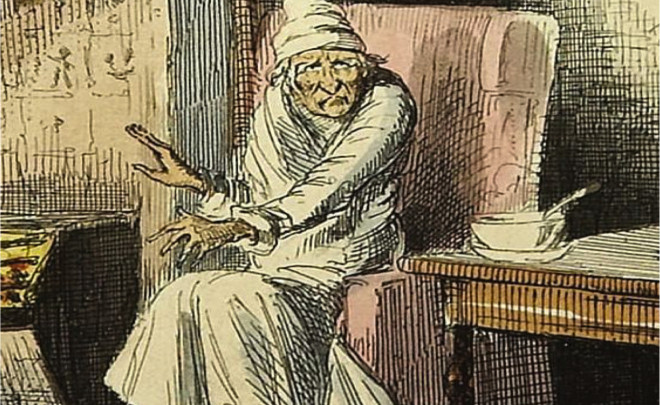 Much of the advice on managing finances in retirement focuses controlling spending to ensure that assets last a lifetime. And that certainly makes sense, especially for people who are short on savings. But many retirees face a different problem: They have sufficient resources to support themselves, but are so loath to draw on their nest egg that it continues to grow throughout retirement. That may be just fine for their no doubt deserving heirs. But it can prevent them from enjoying their post-career life as much as they could. Here’s how to stop “Spendaphobia” from undermining the retirement you’ve worked and saved so hard to attain.

When American College of Financial Services chief academic officer Michael Finke and other researchers examined retiree spending habits between 2000 and 2012 for a study published earlier this year, they documented what they called “a retirement consumption gap.” Specifically, except for households of low to modest means, the retirees they tracked were spending less on average than the amount available to them from Social Security, pensions and income from retirement accounts. In the case of wealthy retirees, researchers calculated that were spending less than half the annual amount they could actually afford to spend.

Vanguard discovered a similar reluctance to spend when it surveyed retirees with at least $100,000 in financial assets. For example, when Vanguard looked at what it called “cornerstone accounts”—workplace savings plans, IRAs, brokerage and mutual fund accounts—it esttimated that retirees spent only 60% of the money they withdrew, reinvesting the remaining 40% in other accounts.

There are any number of reasons that explain why many retirees are so hesitant to spend down their savings. The combination of longer lifespans and the inherent difficulty of estimating a sustainable withdrawal rate can make retirees overly cautious about spending for fear of outliving their assets. The threat of high medical expenses late in life may also led many people to be especially conservative about tapping their nest egg. And undoubtedly some retirees may limit spending because they wish to pass on a legacy to heirs.

But Finke believes there’s also a psychological or emotional factor that contributes to this aversion to spend. “A lot of retirees have formed a habit of thrift over the years,” he explains. “And they’ve developed a decision-making rule that you don’t spend more than your income.” What they consider income can include interest, dividends and other distributions from investments, Finke says, but not the capital growth of their portfolios. Which makes them disinclined to dip into principal. Indeed, when Finke and another researcher asked retirees as part of a yet-to-be-published study whether they would feel uncomfortable spending down assets in order to maintain their retirement lifestyle, three-quarters answered yes.

So how can you prevent such fears—financial or emotional, rational or not—from in effect cheating you out of the retirement happiness you deserve by relegating you to a more frugal lifestyle than is necessary given the resources at your disposal?

On the financial front the single most important thing you can do is start with a reasonable idea of how much you can afford to spend each year from your nest egg without subjecting yourself to an undue risk of running out of money too soon. You can’t know that number exactly. There are too many uncertainties involved—the market’s ups and down, unanticipated expenses, how long you might live, to name a few.

But by going to a retirement income calculator that uses Monte Carlo assumptions to make its projections, you can see how the chances of your nest egg lasting the rest of your life vary based on different withdrawal rates and different estimates of how many years you’ll spend in retirement. By running several scenarios with different withdrawal rates and time horizons, you should be able to come away with a decent sense of how much spending your nest egg can reasonably support over your lifetime. If you plan to leave assets for heirs or want to factor in the possibility of large health care expenses in the future, you can set aside money for those purposes and then estimate your sustainable level of spending net of those amounts. You can do this sort of analysis using T. Rowe Price’s Retirement Income Calculator, which you’ll find in the Tools & Calculators section of RealDealRetirement.

Of course, this exercise may not overcome the various psychological or emotional impediments to spending. But a way to deal with those issues is to find ways to spend that tend to make for a happier retirement—and thus may make you more amenable to parting with your dough. On that score, Finke says, you’ll get the biggest bang for your buck from “social spending”—that is, outlays for activities that take you outside of yourself and keep you engaged with other people, such as traveling, dining out and taking vacations with friends and family. That’s hardly surprising, as research shows that retirees who are more socially connected and enjoy active relationships with with friends and relatives tend to be happier in retirement.

How Much Income Will You Need To Live Comfortably In Retirement

Finally, there’s a financial move that may also be able to get you over the emotional hurdle of dipping into assets to fund retirement living expenses: buy an immediate annuity. Granted, annuities aren’t for everyone and there are a variety of misconceptions about them that can make annuities a hard sell even for people who might benefit from one. But an annuity may hold special appeal to retirees who feel comfortable spending income but not their investment capital.

Why? Well, when you invest a portion of your savings in an immediate annuity, you are converting assets into monthly income guaranteed to last as long as you live. So, for example, a 65-year-old man who invests $100,000 in an immediate annuity today, would receive about $525 a month for life. Since that money comes in automatically month after month, you may think of it more as income, almost a paycheck of sorts, that’s okay to spend, where pulling the same amount from savings would violate the taboo of spending down assets.

Clearly, you don’t want to loosen your purse strings so much that you end up depleting your savings too soon. But it would also be a shame to work and save your entire career for retirement and not fully enjoy the fruits of that all that planning.  (11/9/16)