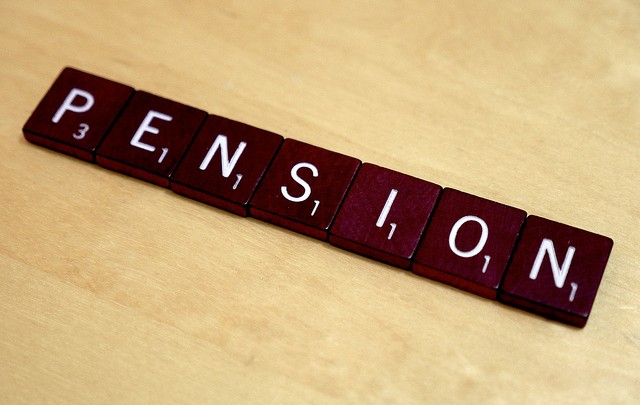 When I retire, I want to create my own pension, but I have reservations about annuities. So I’m thinking of investing some of my savings in a bond fund, leaving the principal untouched and just living off the income. I’ll keep the rest of my nest egg in mutual funds and dip into it as needed. Do you think this is a good plan?

I totally understand why you’re wary of annuities. Many of them are expensive and mind-numbingly complex. So I get your reluctance to include an annuity in your retirement income plan.

But while the strategy you suggest—putting a portion of your savings into a bond fund and living off the income and other distributions—might work, it also has some drawbacks. And, perhaps more importantly in your case, it doesn’t come close to replicating a pension, at least in the way most people think of one.

Why? Well, the main reason is that is that a pension typically gives you a fixed monthly payment (although in some cases it may rise with inflation) that you can depend on the rest of your life regardless of how the financial markets are performing. Research shows that such reliable income can make for a happier retirement.

With your plan, however, your income can fluctuate, depending on what interest rates do. The value of your investment in the bond fund can also go up or down, rising if interest rates fall and dropping if interest rates rise. You say you won’t sell any shares in the fund, so theoretically at least that shouldn’t affect you. I say theoretically because if you decide to abandon your hands-off policy at some point and sell shares because you need extra money, then the current market value of your fund may become an issue, especially if it has declined.

Confused About Annuities? Here’s a Plain-English Explanation of How They Work

You should also know that by you’ll likely have to settle for a pretty low level of income from the assets you invest in the bond fund. With investment-grade bond funds currently yielding in the neighborhood of 2% to 4% depending on their maturity, an investment of, say, $150,000 might generate income of roughly $250 to $500 a month these days, although the exact amount will fluctuate (and might include other distributions, such as realized capital gains if interest rates fall and the fund sells bonds at a profit). You can always generate more income from the bond fund by increasing the amount you invest in it, but that would mean diverting money from the rest of your nest egg.

You can call this arrangement whatever you like, but referring to it as a pension is a stretch. That said, if you’re okay with the fact that your “pension” income isn’t stable and that you’ll have to devote considerable assets to a bond fund to generate decent income, then you may want to proceed with your plan.

But if you really want to turn a portion of your nest egg into something that approximates a pension—a specific amount of money you can count on month in and month out for the rest of your life—then I suggest you suspend your wariness about annuities long enough to at least consider a type of annuity that’s easier to understand, less prone to the abuses that are too often associated with annuities and is very efficient at turning savings into assured lifetime income—namely, an immediate annuity.

The premise behind an immediate annuity is relatively simple. You turn over a lump sum of cash to an insurer (although you may actually buy the annuity through an adviser or an investment firm rather than directly from the insurer) and in return you get a monthly payment that’s guaranteed for life. The size of the payment you get depends, for the most part, on your age, gender, the level of interest rates and the amount of money you invest. (This annuity calculator can give you an estimate of how much you might receive for a given amount invested in an immediate annuity today.)

The way that an immediate annuity might work in your situation is also pretty straightforward. You devote a portion of your nest egg to an immediate annuity and invest the rest in a diversified mix of stock and bond mutual fund that jibes with your tolerance for risk. The annuity generates steady income much like a pension. The stock and bond funds can provide long-term growth to help maintain your purchasing power over the course of a long retirement and also act as a source of liquidity for any additional spending money you need. (As a practical matter, you’ll also want to have a cash reserve for emergencies and such.) This column goes into more detail about how this annuity-plus-traditional portfolio approach works.

One significant drawback to relying on an immediate annuity for retirement income is that you can no longer get to your money once you’ve invested in the immediate annuity. So you can’t tap it for emergencies or leave it to your heirs. And if you die shortly after buying the annuity, you’ll have shelled out a lot of dough for a small number of payments. Generally, an annuity makes the most sense if you (or your spouse, if you’re married) expect to live to life expectancy or beyond.

But there are advantages too. You can count on the annuity payment to be stable whether interest rates are rising or falling. An annuity also generates higher monthly payments than you can get from a bond fund (largely because, unlike with a bond fund, you give up access to your original investment in the annuity). Today, for example, a 65-year-old man who invests $150,000 in an immediate annuity might collect about $820 a month for life.

Have You Crash-Tested Your Retirement Plan? Do It Now

Or, since the annuity provides higher payments, you could choose to invest less money in the annuity than in the bond fund and receive the same size monthly payments. This would allow you to keep more of your nest egg in a mix of stocks and bonds that can grow over time.

Before you embark on either strategy, I suggest you do a retirement budget to get a better handle on just how much retirement income you may need. If it turns out that Social Security (which is also effectively a pension) will provide enough income to cover all or most of your essential living expenses, then you may not need more pension-like income from an annuity. In which case you can rely on your portfolio of stock and bond funds for any income needs beyond what Social Security provides.

In fact, even if Social Security doesn’t cover your essential expenses, you may not need an annuity if your nest egg is so large relative to whatever expenses it must cover that your chances of running through your savings in your lifetime are minuscule. (To see whether that’s the case, you can go to this retirement income calculator.)

But if there is a gap between the income you’ll receive from Social Security and your basic living expenses and you would like to cover all or most of that gap with income that’s assured, then you may want to do so with an investment that can actually provide pension-like income—i.e., an annuity.

One final note: There’s no need to rush this decision. Indeed, spending a couple of years in retirement can give you a better sense of how much income you’ll require and how much, if any, pension-type income you need beyond what you get from Social Security. And if you eventually decide an annuity is a good choice, you’ll also want to set aside plenty of time to get answers to these key questions before you buy, so that you end up with an annuity that’s right for you.   (4/4/16)