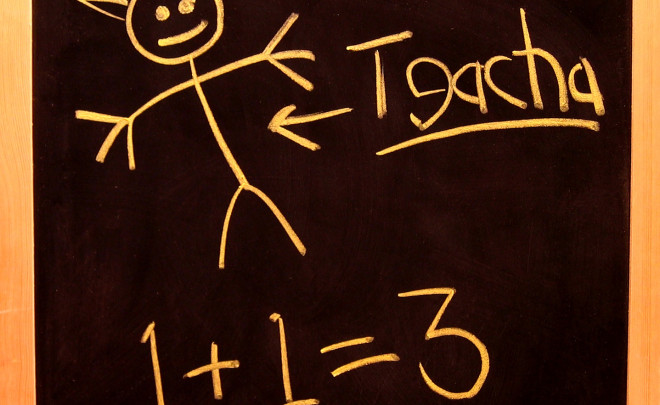 It’s been easy to score big gains in stocks the past few years. But if the recent turmoil in the continues, you’re going to need more than luck to succeed. To find out how savvy you actually are about investing, take this quiz.

When the market delivers outsize performance as it has in recent years, many investors mistakenly attribute their success to investing prowess when they’re actually only riding the crest of a bull market. Market pros have a term for such people: “bull market geniuses.”

To see how astute an investor you really are, take my 10-question quiz, then compare your answers to the correct ones below and see how you rank in RealDealRetirement.com’s scoring system.

Check Out: The Single Biggest Threat To Your Retirement

1. In its first day of trading as a public company, Alibaba closed at $93.89 a share, up $25.89 from its $68 IPO price. So investors who bought Alibaba that day and still own it are sitting on a tidy profit.

2. In the 88 years from 1926 through 2013, the U.S. stock market gained an annualized 10%, including reinvested dividends. In how many of those years did stocks post a loss?

3. The yield on 10-year Treasury bonds recently stood at 2.3%. Given that low level, it’s logical to assume that yields will climb, bond prices will fall and that investors should get out of bonds now to avoid losses when rates rise.

4. Because so many different types of investments plummeted in value during the financial crisis, some pundits began declaring that “diversification is dead.” Which of the following would you say is true:

6. If you had added foreign stocks to an all-USA-stocks portfolio at the very beginning of 2008, a year U.S. stocks lost 37%, how would that portfolio of U.S.-plus-foreign shares have performed compared to an all-U.S. portfolio?

a. Better
b. Worse
c. The same

Check Out: Why I Cried When Berkshire Hathaway Hit $200,000 a Share

7. Legendary investor Peter Lynch told investors to “buy what you know.” Based on that advice, it’s a good idea to invest a good chunk of your portfolio in shares of the company you know best—the one you work for.

8. Based on trailing earnings, the P/E ratio of the Standard & Poor’s 500 ratio recently hovered at 18.5—well above the historical average of 15.5. Given that lofty valuation, it’s probably a good time to get your money out of stocks.

a. True
b. False
c. True, but where the hell should I move it?

Check Out: Should You Freak Out If the Market Melts Down?

9. Two identical mutual funds earn 8% a year before expenses, but one has annual costs of 1.5%, the other has yearly expenses of 0.5%. If you invest $50,000 in each and let it ride for 20 years, roughly how much more money would you have in the low-cost fund?

10. Companies have a harder time boosting profits during a recession, so it’s a good idea to be sure a recession has officially been declared over before you invest money in stocks.

Answers: Give yourself 10 points for each correct answer. Total your score and see where you stand on the scale below.

1. b  False. $68 was Alibaba’s “offering price,” which was available only to company insiders and some favored investment firm clients. The general public was able to buy shares only after Alibaba actually began trading on the market. The stock opened at $92.70 a share that first day and traded between a low of $89.95 and a high of $99.70 before closing at $93.89. So anyone who bought the stock the first day of trading and still owned it as of Friday, October 10, when it closed at $85.88 a share, was sitting on a loss of between 4.5% and 13.6%. The lesson: For the vast majority of investors, an IPO’s offering price means little. What matters is how it fares after it begins trading in the market.

2. c  24. Stocks had an annual loss in just over 25% of 88 years from 1926 through 2013. The down years didn’t happen in a regular pattern—they were streaky, sometimes two or three in a row, sometimes none for as long as nine years. And the annual setbacks ranged in size from less than 1% to as large as 37%. But this much is clear: Although stocks have delivered impressive long-term gains, down years aren’t anomalies. They’re an established part of market history, and always will be. Plan accordingly.

3. b  False. I agree that it seems that yields have nowhere to go but up. But predicting the ups and downs of the bond market is no less difficult that forecasting stock prices. For example, back in 2010 when yields got below 2.5% everyone was absolutely convinced the bond market was in a bubble and prices were about to burst. Yields did rise as high as 3.7% the next year, and then dropped again, slipping below 2% before inching back upward in the summer of 2013. Fact is, no one knows where yields will go from here. They could head up, drop lower or bounce around in a relatively tight range as they’ve done the past few years. Investors should be wary of a possible downturn in bond prices. But the way to deal with that possibility is to stick to bonds and bond funds with short- to-intermediate-term maturities, not to abandon bonds altogether.

Check Out: 10 Tips To Supercharge Your Savings

4. c  Diversification isn’t dead, and it didn’t fail investors during the financial crisis. The problem is that many people had unrealistic expectations about what diversifying can do for them. Diversification doesn’t immunize you against losses. It does assure that all your money won’t be tied to the fortunes of one asset, which could be dangerous if that one asset gets clobbered. In fact, investors who diversified by owning bonds as well as stocks did better in 2008 than those who owned only stocks, as the Barclays Capital Aggregate Bond Index gained 5.2% while stocks lost 37%. That said, it is possible to take the concept of diversification too far.

5. d  3.5%. The difference between the 3.5% annualized gain since March 2000 and the 23% annualized return since March 2009 shows just how big a difference in annualized returns investors can get when they’re investing at a peak versus a trough. This isn’t an argument for market timing, as it’s next to impossible to identify peaks and troughs in real time. That said, these figures do suggest that investors should guard against becoming irrationally exuberant after stock prices have been on a run for a long time, and avoid becoming overly pessimistic after stocks have taken a major hit.

6. b  Worse. The MSCI index of developed-nation shares lost 43% in 2008, while the MSCI index of emerging-market foreign shares fell 53% compared with a 37% loss for U.S. stocks. So does that mean international diversification doesn’t make sense? Not at all. Making foreign shares, say, 15% to 30% of your stock holdings, can typically temper the ups and downs of your portfolio in normal markets. But you shouldn’t count on foreign holdings to shore up your portfolio during cataclysmic downturns, since all markets tend to go down together during major routs.

Check Out: Are You A Fox or a Hedgehog In Your Retirement Planning?

7. b  False. Concentrating a large amount of your money in any single stock is a bad idea because it exposes you to “specific stock risk”—the possibility that you’ll lose money not because the market drops but because something has gone awry with that particular company (lousy earnings, departure of a key executive, loss of a crucial market, etc.) You can diversify away much of that risk by owning dozens or even hundreds of stocks. This is why I recommend limiting company stock to no more than 10% of one’s 401(k), or better yet avoiding it entirely.

8. b  False. Price-earnings ratios can give you a sense of whether the stock market is pricey relative to historical valuations. When P/E ratios are high, the market may also be more vulnerable to bad news, such as reports of slowing global growth, which have been been spooking investors lately. But gaseous P/Es themselves aren’t a very good tool for predicting an imminent market downturn. Witness the fact that it took more than three years after Federal Reserve chairman Alan Greenspan’s famous 1996 “irrational exuberance” speech for an inflated stock market to finally tumble, signaling the end of the dot-com bubble. It’s notoriously difficult to call market booms and busts in advance, which is why I suggest investors settle on a stocks-bonds blend that makes sense given their goals and risk tolerance and then largely stick to that mix regardless of what the market is doing.

9. c  $36,000. Granted, there’s no guarantee that every dollar you save in fees will translate to an extra dollar of return. But Morningstar research shows that funds with low fees tend to outperform their higher-fee counterparts. When it comes to expenses, size matters.

10. b False. Although both the stock market and the economy are cyclical, their cycles don’t move totally in synch. Typically, a market downturn precedes a recession, and the market begins to recover from a major setback before the economy pulls out of the recession. What’s more, the National Bureau of Economic Research’s official announcement that a recession has ended comes many months after it’s actually ended. For example, although the last recession ended in June, 2009, NBER didn’t announce that it was over until September, 2010. So anyone who waited for the official word that the economy was back in recovery mode would have missed the 73% total return in stocks from their trough in March 2009 to the end-of-recession announcement in September, 2010. Bottom line: predicting upswings in the market is just as difficult as forecasting downturns.

0-30: You need to bone up on investing basics, as soon as possible. In the meantime, don’t even think of investing in anything but index mutual funds.

40-60: Thirty years ago this would have been a failing grade. But in a world where everybody gets a trophy just for showing up, I’m giving you a passing grade. Still, you really need to brush up on the fundamentals.

70-90: Congratulations. With this score, you can probably open your own hedge fund and begin charging people who had a lower score “2 and 20″—i.e., a 2% annual management fee and 20% of profits (if there are any).

100: You’re a veritable Warren Buffett. Just don’t let acing this quiz go to your head. After all, we’ve been in a bull market the past five years. The real test will come when the bear arrives.   (10/11/14)