How My Curmudgeonly Dad Helped Make Me A Successful Financial Journalist 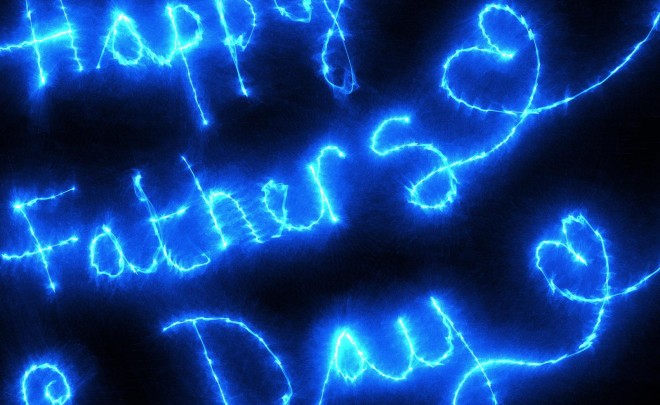 This is not a warm and fuzzy father-son tale of Dad the financial savant sharing investment insights with his eager-to-learn son in a series of tender tête-à-têtes that sets his child on the road to a career in financial journalism. For one thing, tender isn’t a word I’d use to describe my father. Curmudgeonly is better, although even that’s too upbeat. He had a dark streak that would make a curmudgeon seem Pollyannaish.

And my Dad was no financial expert. He never put a dime into a stock, mutual fund or any other investment that I know of. He did have business experience. Back in the 1960s he owned and ran several men’s clothing stores in marginal neighborhoods in Philadelphia. They all failed, though I’d say that was due more to a lack of resources than poor management.

Check Out: 2 Ways To Get Guaranteed Income For Life

So how did this man who died at age 52 some 33 years ago help shape me into the personal finance journalist I am today? Well, although he never finished high school, he had a sharp analytical mind combined with a skeptical view of the world that led him never to accept things at face value (especially when someone was trying to sell him something)—and never to be afraid to take a contrarian stand. All in all, pretty good training for a journalist, financial or otherwise.

Although there are many others, here are three things I learned from him that have come in handy in my work the past three decades.

1. Always look for the catch. While looking for a summer job as a teenager some 45 years ago, I came across a listing in our newspaper’s classified job section saying “you can earn up to $300 a week.” The ad was vague about what you had to do, and provided no phone number to call, just an address to go to for more information. Still, that 300 bucks captured my attention. I ran to my father and showed him the listing. “Look, Dad, here’s a job for $300 a week!” He took a quick glance, and I immediately saw he wasn’t as excited about this as I was. “$300 a week,” he scoffed. “Do you know what this is?” he asked in a way that suggested he was disappointed I could fall for anything so obviously too good to be true. “They’re going to have you selling something door-to-door—encyclopedias, brushes, pots and pans, whatever. And see that phrase ‘can earn up to $300 a week’? That means $300 a week may be theoretically possible, but not likely. I’d be surprised if anyone doing this comes anywhere close to $300 a week.” He was right, of course. When I went to address in the ad, I was told that the job was selling a series of books, pure commission. And yes, your chances of earning $300 a week, or even half that, were virtually nil.

I think of this little episode sometimes when I’m going over the marketing material for yet another must-have mutual fund or ETF destined for outstanding performance or when I’m poring over a variable annuity prospectus, trying to tally up the tangle of fees or making sure I understand the differences and the connections between the account value and “income base,” a sort of hypothetical account value on which guaranteed withdrawals are typically based. My father taught me that people are always going to present things in the light that best suits them. That’s human nature. Your job is to take the time and effort to look behind the sweet-sounding words and glossy images and get the real story.

Check Out: Confused About Annuities? Here’s a Plain-English Explanation of How They Work

2. Be wary of projections. I was probably 11 or so when my father introduced me to the concept of “post-dated” checks. For those of you not familiar with this time-honored technique for paying people without actually quite paying them, let me explain. My father’s men’s store was a small operation with no bank credit lines, so it was sometimes difficult for him to stock the shelves. So when he needed, say, to load up on summer merchandise, he and I would go to a “jobber,” a sort of intermediary who bought from wholesalers and sold to small retailers like my Dad, and pick out short-sleeve Banlon shirts, plaid Bermuda shorts and straw hats (Panamas were still big in 1963, at least in North Philly). Then, my father and the jobber would engage in a little dance that ended with my father paying a small amount upfront and leaving the jobber with a series of, say, 10 or 15 checks each dated one week later than the other (May 1, May 8, May 15, etc.) extending months in the future. The idea was that the jobber would cash each check on the appropriate date and the merchandise would be paid off over time.

And I’m sure that’s how my father hoped it would work. But often it didn’t. Invariably, I would hear my father on the telephone in his office at the back of the store imploring one jobber or another, “Jack, can I ask you to hold off a week on the check for the 15th?” Or, “Max, have you deposited my check for this week yet? No, well don’t. The funds won’t be there for it.”

Check Out: Retired And Soon-To-Be Broke—What Can I Do?

Granted, this isn’t a lesson my father imparted to me, so much as one I picked up from watching him tap dance to keep that long series of outstanding checks from imploding. Nonetheless, it taught me to take all projections and forecasts, even ones using impressive statistical techniques and backed by tons of historical data, with a huge grain of salt—a block of salt if someone’s using such info in a sales pitch. That’s not to say forecasts and projections can’t be useful. I think recent forecasts of lower expected returns are worth heeding as they make sense given today’s anemic yields and relatively high asset values. And I believe it’s worthwhile to use a good retirement income calculator to get a sense of whether you’re heading for a secure retirement. But never lose sight of the fact that forecasts and projections, no matter how sophisticated and fancy, aren’t reality; they suggest a possible future reality. And they’re rarely, if ever, going to get it completely right.

Check Out: Can I Invest My Entire Nest Egg In Stocks If I Consider Social Security A Bond?

3. Price is a flexible concept. When my father was busy doing bookkeeping or whatever, he would allow me, even before I reached my teen years, to wait on customers. As would often happen, after trying on a suit and taking a gander in the mirror, a customer would ask, “So how much is this vine?” The price of the suit was completely visible; you couldn’t miss it. What the person was really asking me was whether he could get the suit for a lower price. My father instructed me that in such cases I should take the question at face value, grab the sleeve with the price tag, look at it and then show it to the customer, as if he hadn’t noticed it. “This suit is $49.95,” I’d say matter-of-factly, as if that settled the issue. If he said ok, I’d ring up the sale for $49.95. If he pressed me again—”Can you do any better?”—I’d kind of shake my head as if to say I’m sympathetic, but it is what it is. If the customer pressed further still or started to leave, I was under strict orders to say, “Let me talk to the boss and see if he can do anything.” Under no circumstances was I to let a customer simply walk. So I’d call in my father, who would then accept a lower price, or not, depending on such factors as how many suits of this style and size he had in stock, how well they were selling and how many post-dated checks he had coming due.

Check Out: The Price of Pre-Retirement Procrastination

From this experience I learned that prices don’t deserve the reverence many people give them. They may look authoritative and official, but they’re not. Prices are fluid, they can shift, change according to conditions. And most importantly, a price shouldn’t simply be accepted as if it’s engraved-in-stone (a process I also saw when my father would haggle with a jobber before moving onto the posted-dated check pas de deux.). Which is why whether you’re dealing with an investment adviser, a real estate agent, an internet service provider, a credit-card company or, for that matter, a 12-year-old kid selling a sharkskin suit, it’s always worth asking for a better deal. Of course, such negotiation isn’t always possible. You can’t negotiate a mutual fund company into charging you a lower management fee. But you can certainly screen for funds with low fees or simply stick to low-cost index funds and ETFs.

Sadly, my father won’t be around on Father’s Day for me to thank him for his influence. But he was never one for displays of sentiment anyway. And I suspect that if I were able to show him a copy this column, he’d probably say something like, “Hey, we’re all influenced by a lot of things in life. So don’t think you can pin your skepticism and crazy notions about prices just on me.” And after I left, he’d probably fold it up and stuff it in his wallet, already bulging with family photos and mementos, the giveaway that he wasn’t quite the curmudgeon he’d have you believe.  (6/17/15)