How Much Retirement Income Will $1 Million Generate? 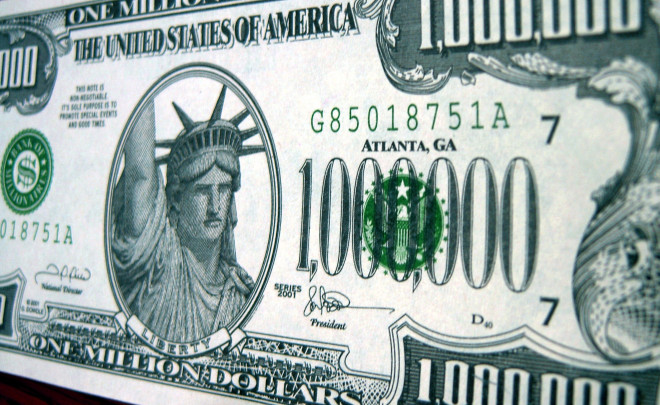 How much retirement income can I get from a $1 million nest egg?

I hate to sound as if I’m equivocating, but the answer depends on a whole bunch of factors, including your age, your sex, the level of interest rates and the investment returns you earn, how long you would like the income to last and how much assurance you want that it will last that long. And I’m doing my best to keep the list short.

Here’s an example. Let’s say that you’re a 65-year-old man and that you’d like to turn your $1 million nest egg into monthly payments that are guaranteed to last the rest of your life. Well, to achieve that goal you could buy an immediate annuity with your $1 million and, based on today’s payout rates, you would get roughly $5,660 a month for the rest of your life. A 65-year-old woman would receive somewhat less, however—about $5,440 a month—because women generally live longer than men. And a 65-year-old couple (man and woman) would receive less still—roughly, $4,800 a month—since at least one member of a couple is likely to be around longer than just the man or woman alone.

But age matters too. A younger person, say, a 60-year-old man who puts $1 million into an immediate annuity would receive less than his 65-year-old counterpart—$4,990 vs. $5,660—while a 70-year-old man would collect more, about $6,420 a month. And remember that I mentioned interest rates were a factor? Well, all else equal, annuity payouts are fatter when interest rates are higher. So back in late 2008 when high-quality bond rates were a good two percentage points or more higher than today, a 65-year-old man who put $1 million into an immediate annuity would have received about $6,750 a month for life vs. $5,660 today. You can see how much guaranteed lifetime income you might receive for $1 million—or any other amount—for singles and couples at various ages by going to this annuity payment calculator.

Just to be clear, I’m not suggesting you or anyone else should put his entire $1 million nest egg into an immediate annuity. That probably wouldn’t make sense, as you would no longer have access to your $1 million for emergencies and such (although in return for a smaller payout some annuities do provide at least some access to principal or allow for payments to continue after death). And even if you had enough extra dough set aside so that you did want to put $1 million into an annuity, I’d recommend that you buy in stages rather than all at once and spread your money among annuities from several insurers just on the off chance one of them ran into financial difficulties in the years ahead.

Check Out: 2 Ways To Get Guaranteed Retirement Income For Life

Of course, despite research showing that immediate annuities are an excellent way of generating lifetime income, many people want nothing to do with them. If you’re in that group, the question becomes how much annual income can you draw from $1 million invested in a diversified portfolio of stock and bond funds without running out of money before you run out of time? Again, it depends.

For years many retirees followed the 4% rule—that is, they withdrew 4% of their savings the first year retirement and then increased that initial dollar draw by the inflation rate to maintain spending power. So assuming annual inflation of, say, 2%, someone with a $1 million nest egg following that rule of thumb would draw $40,000 ($3,333 a month) the first year of retirement, and then increase that amount by 2% to $40,800 ($3,400 a month) the second year of retirement, $41,600 ($3,470 a month) the third, and so on. Historically, if you followed this regimen, you had a high likelihood—roughly a 90% chance—that your money would last at least 30 years, long enough to carry most people through retirement.

But with many market watchers forecasting lower investment returns in the years ahead, a number of retirement-income experts have suggested that retirees who want a 90% or so probability of their savings lasting 30 or more years ought to scale back to an initial withdrawal rate of 3% or so. That would reduce the initial withdrawal on a $1 million nest egg by 25% from $40,000 a year to $30,000, or from $3,333 a month to $2,500. That’s not to say you can’t withdraw more—4%, 4.5%, 5% or whatever. It’s just that as your withdrawal rate rises, the chances of your money lasting 30 or more years can decline sharply.

Of course, you could always hope to earn more on your investments and, if you’re successful, your money might still last 30 years or longer even at a higher withdrawal rate. Or you could assume that, given your life expectancy, you’ll need your savings to last only 20 or 25 years instead of 30, in which case a higher withdrawal rate might work out fine (although if your assumption is wrong, your final retirement years could be grim). You can see how your chances of running out of money go up or down for different withdrawal rates and varying spans of time in retirement by going to this retirement income calculator.

Check Out: Can I Create My Own Pension Annuity?

Perhaps the question you should really be asking, however, isn’t how much income can you get from $1 million, but how much retirement income you need and what’s the best way to get it from all your retirement resources—your savings, any pensions, Social Security, etc. That turns a theoretical question with an almost endless variety of answers into a more practical one that you can try to answer for your particular circumstances.

To do that, you’ll want to go through a rigorous retirement-income planning process that starts with thinking seriously about how you’ll live in retirement and then moves on to such tasks as making a retirement budget; assessing different strategies for claiming Social Security benefits; considering whether you want more guaranteed income than Social Security alone offers (which is where an annuity might play a role); and, settling on a withdrawal rate that has a reasonable shot at making your savings last as long as you do.

Bottom line: Whatever size nest egg you’re dealing with, you’ve got lots of options for converting it into income. The key is to settle on one or more of those options that has a solid shot at getting you the retirement income you require with a reasonable assurance that it won’t run out.  (7/21/15)