How Much Income Will I Need To Live Comfortably In Retirement? 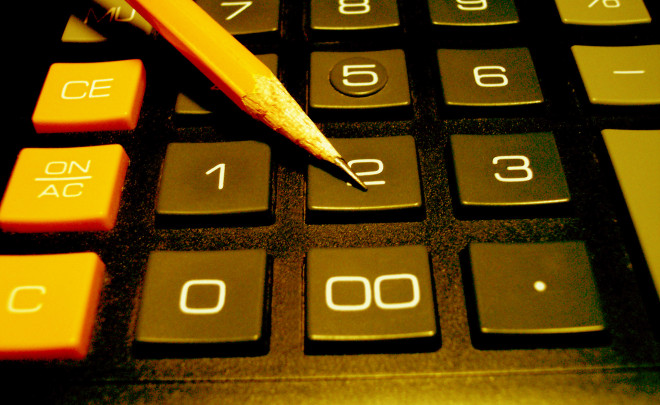 My wife and I are 55 and contribute roughly 20% of our income to our 401(k)s. So does that mean we’ll need only 80% of our current income to live in retirement?

A widely accepted tenet of retirement planning is that you need to replace just 70% to 80% of your pre-retirement income to maintain your standard of living after you call it a career. And on the face of it, this rule of thumb seems to make sense. After all, since you’ll no longer have to funnel money into 401(k)s and other retirement savings accounts and many of your expenses are likely to drop after you retire, you should be able to live as well, if not better, on considerably less income than you earned during your career.

But while “replacement ratios” may be useful for gauging how much you need to save each year to build an adequate nest egg when retirement is decades away, they’re less helpful once you’re within 10 or so years of retiring. At that point, you really want to base your planning on something more concrete—namely, how much dough you’ll actually have to come up with to cover your expenses and maintain an acceptable post-career lifestyle.

Fact is, retirement spending can vary tremendously based on one’s personal circumstances. For example, a new study from the Employee Benefit Research Institute shows that even though spending by retirees dropped roughly 6% in the first two years after retirement and continued to decline the next few years, there was considerable variation around that trend. Outlays fell by a lot more for some retirees—roughly four in 10 saw their spending drop 20% or more—while nearly half (45.9%) of retired households actually spent more in the years immediately following retirement, with many boosting expenditures by more than 20%.

And contrary to what you might expect, it wasn’t just the wealthiest whose spending climbed. Those who spent more freely spanned the very bottom to the very top of the income scale.

This isn’t the first research to challenge the conventional wisdom about spending in retirement. For example, contrary to the accepted notion that retirees increase spending throughout retirement to maintain purchasing power in the face of rising prices, a 2013 study by Morningstar head of retirement research David Blanchett titled “Estimating The True Cost of Retirement” found that inflation-adjusted spending declines slightly at first, falls off more in the middle years of retirement and then picks up a bit in the final stages, tracing a pattern that Blanchett calls a “retirement spending smile.”

In short, like much else in life, retirement spending doesn’t always adhere to simple rules or patterns. Which is why if you really want to know how much you’re likely to spend and how much income you’ll need—and whether you have the resources to generate that spending—you’ve got to do a retirement budget.

You can create such a budget the old-school way—i.e., using a pencil and pad. But you’ll find it easier to track and periodically update your spending—and you’ll be less likely to overlook expenses—if you use one of the free retirement budgeting tools available online. Two in particular are worth mentioning. BlackRock offers a Retirement Expense Worksheet with eight major categories of expenditures that allows you to enter more than 50 expense items ranging from housing and utility costs to medical and dental expenses to financial support for parents, adult children or other family members. Fidelity’s budgeting worksheet, which you’ll find within its Retirement Income Planner tool, not only has spaces to enter dozens of expenses, it also lets you tag expenditures you consider essential as opposed to discretionary, a nice feature that can come in handy for estimating how much leeway you’ll have for paring your spending down the road if necessary.

Check Out: 25 Quick Tips That Can Help You Improve Your Retirement Planning

Don’t get too concerned about whether your estimates are 100% accurate. They won’t be; emergencies and unanticipated expenses will always pop up. The important thing is to establish a reasonable baseline for planning, and then refine your budget periodically based on your experience once you retire. Speaking of accuracy, the more your budget reflects the way you actually live, the more on the money it will be. So as you go through the budgeting process, do a little “lifestyle planning” and give some thought to such issues as whether you’ll continue to work in some way in retirement and whether you’ll stay in your current home or downsize to a smaller place (or perhaps even relocate to an area with lower living costs).

Once you’ve created a budget, you want to see how well it squares with the reality of your retirement resources. You can do that by plugging your estimated spending, along with such information as the value of your nest egg, how your savings are invested and, if you’re still working, how much expect to save annually between now and the time your retire, into a retirement income calculator that can assess the probability that you’ll be able to sustain your projected spending throughout retirement. If the chances of your resources supporting you throughout retirement are uncomfortably low, you can see how changes such as living a more modest lifestyle or simply postponing retirement a couple of years might improve your retirement outlook.

Finally, remember too that your spending may also change over time to reflect your changing needs (think more outlays for medical care as you age). So you’ll want to repeat this process every year or so to be sure you’re not going through your nest egg too quickly—or too slowly for that matter, as you don’t want to end up late in life with a big pile of savings and regrets that you didn’t spend more freely early in retirement when you might have enjoyed it more.

There’s no doubt that rules of thumb—or “heuristics,” as economists call them—can be an inviting shortcut for people overwhelmed by the complexity of retirement planning. But when retirement is looming and you need to know whether you’ll be able to maintain your standard of living after the paychecks stop, a retirement budget is the better way to go.  (12/3/15)