How Much Can You Take From Savings Without Running Out of Money? 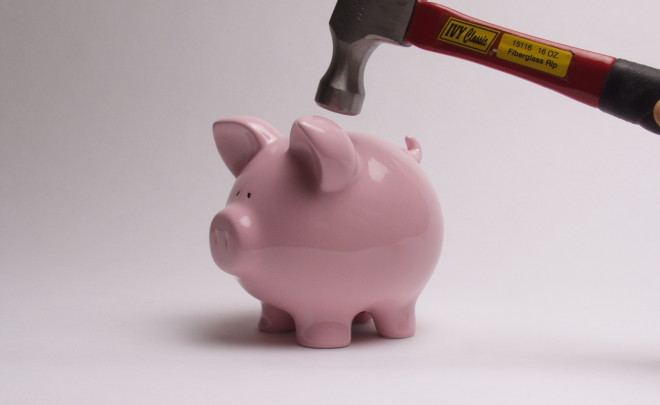 I’m in my mid-60s and plan to retire this year. I’ve heard that if you want your money to last 30 years you should follow the 4% rule. But how much can I safely withdraw if I need my money to last only 20 years?

The 4% rule—initially withdrawing 4% of retirement savings and then increasing that dollar amount annually by the inflation rate—has long been touted as the go-to strategy if you want a high level of assurance your nest egg will last at least 30 years. So it seems reasonable that if you need your savings to support you only 20 years, you should be able to start with a higher withdrawal rate—say, 5% to 6%—and have a comparable chance of your dough not running out.

But before you embark on any withdrawal strategy, you need to understand a couple of important caveats. First, unless you’re really sure you’re going to die within the next 20 years—say, due to an already diagnosed fatal condition or life-shortening disease—I don’t think it makes sense to create a retirement income plan that assumes you’ll live only into your mid-80s.

According to the most recent longevity figures from the Society of Actuaries, a 65-year-old man is expected to live on average another 21 to 22 years, and a 65-year-old woman is projected to live another 23 to 24 years. But that’s on average. Roughly half will live longer than that, and many 65-year-olds will live much longer, well into their 90s. If you spend down your savings by your mid-80s but live into your late 80s or 90s (or longer), those extra years of life you didn’t expect to have may not be very happy or rewarding. Which is why I think it makes more sense, initially at least, for people to plan as if they’ll live into their early-to-mid 90s—or, in your case, about 30 years.

The second caveat you need to be aware of is that even if you plan as if you’ll live into your 90s, that doesn’t necessarily mean the 4% rule is the way to go. Why? Well, for one thing if the market goes into a deep and prolonged slump or you run into a period of truly subpar returns—especially early in retirement—the chances of your money lasting 30 years following the 4% rule can drop dramatically. Some research even suggests that, given today’s low yields and the potential for low stock returns in the future, an initial withdrawal rate of 3% might be more appropriate if you want your savings to last three decades or more.

But there’s also a risk to being too conservative—namely, if you stint on withdrawals early in retirement and the markets perform decently, you could end up with a big pile of savings late in retirement, maybe even more than you started with. In a post earlier this year on his Nerd’s Eye View blog, financial planner Michael Kitces noted that going all the way back to the 1870s retirees who followed the 4% rule with a 60% stocks-40% bonds portfolio would have finished with more than double their starting principal after 30 years more than two-thirds of the time. Ending up with a sizable nest egg may not seem like much of a downside. But it means that you could have spent more freely and enjoyed yourself more earlier in retirement.

Check Out: How Much Retirement Income Can $1 Million Generate?

So given this wide range of possibilities, how can you settle on a withdrawal strategy that’s conservative enough to provide decent assurance your nest egg will support you throughout retirement but not so conservative that you live more frugally than you have to?

The key is starting with a reasonable withdrawal rate and then adjusting it every year or so to your changing needs and market conditions. Reasonable is a term of art, but I’d say that somewhere around 3% to 4% is a good starting point. You might start at the lower end of that range if you’re very concerned about running through your money too soon or if most of your retirement income will go to essential expenses, leaving you with little leeway for trimming withdrawals. Similarly, you’ll probably want to err on the side of smaller withdrawals if you have few resources to fall back on outside of your savings.

If, on the other hand, you’ve got plenty of other resources to draw on (home equity, cash value life insurance, a pension in addition to Social Security, etc.) or much of your retirement income goes to discretionary outlays (travel, entertainment, whatever) that you can cut back on while maintaining an acceptable standard of living, you may want to start at something closer to a 4% initial withdrawal. You might even consider withdrawing a bit more if you want to enjoy yourself more in the early years of retirement, even if doing so means scaling back later on.

And, of course, you’ve got to consider just what kind of lifestyle you can live at a given withdrawal rate. If your nest egg is large enough that a relatively low withdrawal leaves plenty of room for covering the necessities plus some extras, then you can afford not to push it. But if you have a tough time scraping by with the combination of Social Security and a 3% withdrawal rate, then you may want to pull a bit more from savings even if it means a somewhat higher chance of having to conserve assets down the road.

Check Out: 3 Ways To Boost The Odds Your Savings Will Last In Retirement

But a withdrawal rate isn’t something you should set and then adhere to rigidly come what may. Rather, each year you should be prepared to make adjustments based both on your spending requirements and how much your saving are growing or shrinking. So, for example, if a market setback has depleted your savings, you may want to trim your withdrawals a bit or forgo inflation increases to give your nest egg a chance to recover.

Conversely, if a thriving market has pushed the value of your savings upward, you may be able to boost withdrawals or use the extra gains as an opportunity to indulge yourself a bit. You can gauge whether you need to adjust your withdrawals—and if so, by how much—by plugging your savings balance, your age and a few other details into a retirement income calculator that can estimate how long your savings are likely last if you continue to spend at your current pace. Based on what you find, you can pare withdrawals to avoid running through your nest egg prematurely or withdraw more to avoid ending up with a big savings balance late in life and regrets you hadn’t lived larger early on.

Other steps may also be able to help. Investing a portion of your assets in an immediate annuity can provide additional guaranteed lifetime income, giving you more flexibility for making withdrawals from savings. Similarly, devoting a portion of assets to a longevity annuity that doesn’t begin making payments until late in life can provide assurance that income will be there down the road even if you overspend early on.

But don’t assume that there’s some magic formula or withdrawal rate that can generate the income you need while guaranteeing you won’t run short on savings or end up with more assets than you need at the end of your life. Like it or not, in retirement you have to roll with the punches and make occasional adjustments, just as you did during your working life.  (11/8/15)