How Can I Find An Honest Financial Adviser? 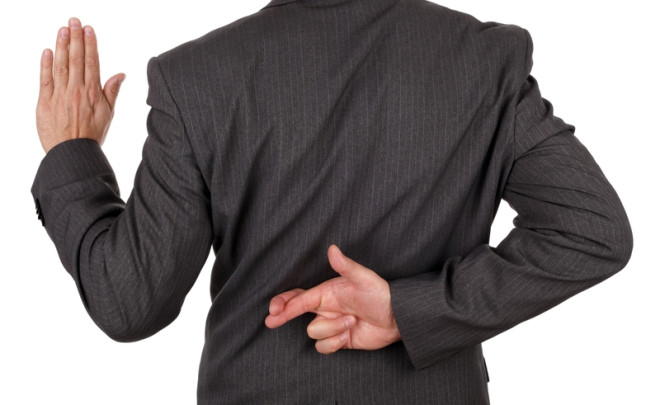 My husband and I would like to retire in the next few years. We have substantial savings, but we’re still not sure whether we’ll have enough to live on. Where can we find an adviser who can sit down with us, advise us but not give us a sales pitch and try to sell us a lot of things we don’t need?

You’ve probably heard that after years of talking about it, the Department of Labor last week finally proposed rules requiring all financial advisers to act as a fiduciary—essentially, avoid conflicts of interest and act in your best interest—when giving people retirement advice. Previously, only registered investment advisers have had to meet a fiduciary standard.

I would like to be able to tell you that this solves your problem of finding an honest (and competent) financial adviser who will put your financial well-being ahead of his. But I can’t. For one thing, the new rules won’t start to go into effect until April, 2017. And even when they do, they’ll cover only assets in retirement accounts like 401(k)s and IRAs. Savings held in regular taxable brokerage, mutual fund or savings accounts won’t be covered by the new rules. [Editor’s note: Due to several unforeseen twists, as of mid-2018, it’s still unclear whether the Department of Labor’s fiduciary rule will go into effect.]

Most importantly, though, I don’t believe any rule or regulation can guarantee integrity, competence or, for that matter, assure that you’ll get your money’s worth when paying a financial pro for assistance. For example, as a registered investment adviser, Ponzi scheme king Bernie Madoff owed a fiduciary duty to his clients. That didn’t prevent him from stealing their dough.

5 Questions To Ask Before Hiring A Financial Adviser

I hope that this new rule will stem the peddling of inappropriate and egregiously expensive investments, rein in conflicts of interest and perhaps even save consumers money. But I think it would be Pollyana-ish to assume that will be the case, or to believe you should be any less vigilant when choosing a financial adviser because of this rule. Fiduciary rule or no, and whether you work with an adviser or not it’s ultimately on you to safeguard your retirement nest egg.

So how do I recommend you proceed?

Start by thinking hard about exactly what sort of help you want, as that can narrow down the type of adviser you need and also prevent you from getting sidetracked by a sales pitch for products or services you don’t want. It sounds like you already know that you’re primarily interested in having someone help you determine whether you’re on track toward a secure retirement, and how much longer you might have to work before you can call it a career.

That’s fine, but you might want to come up with a list of specific questions or issues you can go over in an initial consultation or interview with an adviser so that there’s no mistake about the kind of advice and guidance you seek. So in your case, some questions might be: If my husband and I retire in the next few years, will we have enough saved to be able to maintain our current lifestyle throughout a retirement that might last 30 or more years? If not, how many more years will we have to work to achieve that goal? Will we be able to weather a market setback—or a large unexpected expense without jeopardizing our financial security? When should each of us claim Social Benefits?

In dealing with these questions, other issues might very well come up, such as whether your savings are invested appropriately to generate the retirement income you’ll need. But by outlining ahead of time the areas you’re most concerned about, you’ll have a better chance at evaluating whether different advisers are responding to your needs or pushing their own agenda.

There are plenty of advisers out there who can talk a good game about retirement planning and creating a retirement income plan. But if you really want to know whether or not you’re on track to call it a career, you don’t want a glib talker or sales type. You want an adviser who’s capable of doing the nitty-gritty analysis and number-crunching necessary to make such an assessment. For the most part, that probably means dealing with a financial planner who holds a Certified Financial Planner (CFP) or Chartered Financial Consultant (ChFc) designation, both of which require an adviser to meet rigorous professional standards.

Am I Paying My Adviser Too Much?

That said, you shouldn’t make a decision based on credentials alone (or let yourself be awed by a long string of impressive-sounding designations). I’d ask to see the sort of analysis the adviser has done for clients in similar situations to get a better idea of how comprehensive his plans are and what sort of recommendations they involve. Inquire too about follow-up. How will you know his advice is working? How will you measure progress? While you’re at it, get a few references from current clients who have worked with the adviser on the types of issues you and your husband are facing.

You’ll also want to vet the adviser to see whether he’s had run-ins with financial regulators and/or left a trail of disgruntled customers. A recent study titled “The Market For Financial Adviser Misconduct” shows not only that such problems occur frequently enough to merit concern, but that some advisers are serial offenders, moving from firm to firm. You can find plenty of helpful resources on how to examine an adviser’s background, including links to regulators’ websites, by going to the Check Out A Broker or Adviser section of the SEC’s site.

Of course, you’ll also want to know how much the adviser’s advice is going to cost you. Advisers can be compensated in a variety of ways. Some charge a fee for their advice (typically a percentage of assets under management), others get a sales commissions for the products they sell and some receive a combination of fees and commissions. A minority of advisers are willing to work for an hourly fee. Generally, I think the fee-for-advice arrangement has less potential for abuse and conflicts of interest (and I expect will become more prevalent as the DOL’s fiduciary rule kicks in).

Should You Let A Young Adviser Handle Your Retirement Savings?

You can find planners willing to work for a fee, commissions or a combination of the two at the Financial Planning Association site. The National Association of Personal Financial Advisors can direct you to fee-only planners, and the Garrett Planning Network has a roster of planners you can hire on an hourly basis.

Whatever compensation method you go with, I recommend getting a detailed estimate of all charges in writing. By comparing costs from one adviser to another, you can make a more informed decision about which adviser offers the best value. And having such information may even help you negotiate for a better deal.

Finally, you need to broach the subject of conflicts of interest with any adviser you’re considering. The primary goal of the new fiduciary rule is to require advisers to put their clients’ interests first. And I fully expect that many advisers use the new rule as a way to market themselves: “I’m a fiduciary. I’m the good guy. You don’t have to worry getting ripped off. The law requires that I put your interests ahead of mine.”

At the risk of sounding cynical, I don’t believe any adviser can totally put a client’s interests first. For example, a fiduciary adviser who eschews sales commissions in favor of charging an annual percentage-of-assets fee to manage your investment portfolio might rightly note that he’s eliminated an inherent conflict of interest associated with commissions—namely, that the adviser might steer you to high-commission products that are better for his bottom line than yours.

5 Retirement Pitches You Should Ignore

But the fee-for-advice model also has inherent conflicts. The adviser has an incentive to charge that same percentage fee year after year, increasing the adviser’s income as your portfolio’s value rises even if the services provided remain largely the same. Or the adviser might be reluctant to recommend products, such as bank CDs or an immediate annuity, or engage in strategies, such as paying off mortgage debt, that reduce the value of assets under his management and thus lower his annual fee.

So before hiring an adviser, ask him to detail the potential conflicts in your relationship and have him explain how he’ll manage them to your benefit. And never assume that just because an adviser is a fiduciary that you’re getting the best deal. Fiduciary advisers’ fees can vary widely, so it’s still up to you to shop around to ensure you’re not paying more than necessary for the advice you seek.

Clearly, you’ll have to allow some time to think about these issues, identify potential advisers and then do your due diligence on them. But given that the retirement stash it took you an entire career to accumulate is at stake, this is definitely a process you don’t want to rush.   (4/11/16)