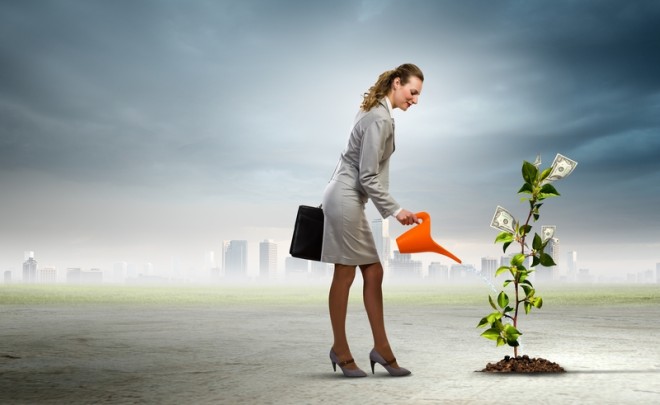 Interested in a no-gimmicks way to maximize the size of your nest egg and boost your chances of achieving a financially secure retirement? Start on your retirement savings regimen as early in your career as you can. To see how getting a leg up on your savings effort can mean the difference between truly enjoying retirement and scraping by, read on.

Let’s say you’re 25 years old,  just starting a job that pays $30,000 a year and that over the course of your career your salary will rise by 2% annually. Let’s also assume that you’ll faithfully contribute 10% of your pay each year to a 401(k) or similar retirement account and that you’ll invest your savings in a diversified portfolio of investments that, after deducting expenses of 1% a year, generates a net annual return of 6%.

So how big a difference might you see in the value of your nest egg come retirement time by starting this regimen sooner rather than later?

Check Out: 4 Simple Rules For Juicing Your Retirement Fund

Well, if you start funding your retirement account right from the get-go, you would have a nest egg at age 65 worth just over $622,000 based on the scenario I just outlined. You could easily do better if your employer kicks in matching funds to complement your savings effort or if you boost the return on your savings by, say, focusing on low-cost investment options. Or you could fall short of that amount for any number of reasons. But $622,000 is a reasonable estimate of  how much you might wind up with by starting to save for retirement right out of the gate.

Of course, we don’t all do that. We procrastinate. We justify not saving because we have other more immediate needs (although, in many cases, “wants” may be a better word than “needs”). And let’s face it, at the beginning of your career, making sure you have enough saved so you don’t outlive your nest egg in retirement isn’t exactly at the top of your priority list.

So let’s assume that, for whatever reason, instead of setting aside that 10% of pay at starting at age 25, you don’t get going until you’re 35. How would that affect the eventual value of your nest egg? Probably more than you’d think. In fact, by delaying your savings effort until your mid-30s instead of your mid-20s, the value of your age-65 nest egg would total about $369,000. In short, you would have $253,000 less stashed away than had you gotten the earlier start.

You can call that $253,000 the Advantage of An Early Start. Or, viewed another way, it’s the Price of Procrastination.

Check Out: What’s Your Number? Who Cares?

And what if wait even longer to launch your savings regimen? Well, if you start saving at age 40, your nest egg would be worth roughly $275,000 come retirement time. Wait another five years to age 45, and you’re looking at an age-65 balance of just under $200,000.

Clearly, we’re talking about major differences in the lifestyle you would be able to afford in retirement.

If  you start saving at 35, you would have to contribute just under 17% of pay each year for the next 30 years to end up with the same $622,000 nest egg you would have by contributing 10% of pay beginning at age 25. Doable, I suppose, but it would be tough. Wait until age 40, and the required percent of pay jumps to almost 23%, and climbs to nearly 32% at age 45. I think even the most resourceful, creative and tenacious savers would find those figures a stretch.

Check Out: 10 Tips To Supercharge Your Savings

What about investing smarter or more aggressively? If you tried to make up for a late start with higher investment returns, you would need to earn 9% a year after expenses, assuming you begin saving at age 35, almost 12% annually at age 40 and 16% a year at 45. I don’t care how savvy an investor you are, it’s just not realistic to expect to earn those size returns after expenses on an ongoing basis.

And even if you thought you could, doing so would require you to take on significant investment risk, which means your nest egg would get hammered during market setbacks. And if your higher-risk investments fizzled rather than sizzled, you could end up with a smaller nest egg than had you stuck with a more conservative portfolio all along.

Check Out: Why Saving Trumps Investing When It Comes To Retirement

In short, the sooner you start your savings effort, the smaller the percentage of your pay you’ll have to stash away each year, the less investment risk you’ll have to take and the bigger the nest egg you’re likely to end up with at retirement. But don’t just take my word for it. Plug in different starting ages into one or two of the calculators in the Saving For Retirement section of my Real Deal Retirement Toolbox and see for yourself.

One final note: The last lesson I would want anyone to take away from this story is that you’re doomed if, for whatever reason, you’re getting a later start on retirement than you would like. Or, even worse, that having missed an early start, it’s futile to start saving now.

No matter how far behind in your saving effort you may be, you’re always better off doing something rather than nothing. And even if you can’t totally make up for lost ground, you can certainly improve your retirement prospects by embarking on a concerted effort to save—and the sooner you start that comeback, the more secure and enjoyable your retirement will be.   (8/4/14)