How A Roth IRA Can Jump Start Your Retirement Plan 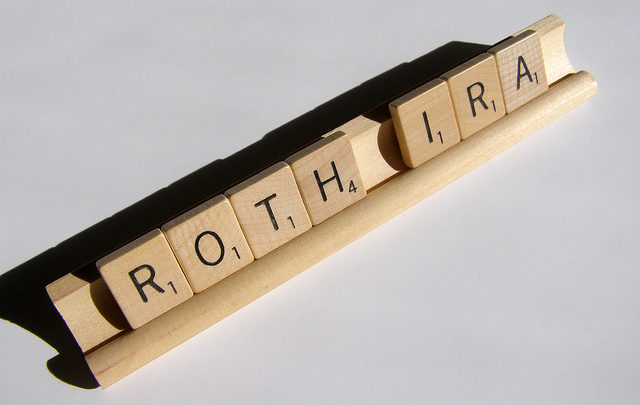 My 23-year-old daughter works part-time and plans to go to graduate school in the near future. I want her to get an early start on saving for retirement, so I’m suggesting she open a Roth IRA account. Is this a good idea? And if she opens a Roth, how should she invest the money?      —M.L.

I’ve said it before and I’ll say it again: When it comes to financial matters, moms tend to offer good advice.

And that appears to be true in this case. Let’s start with your wish that your daughter get an early start on saving for retirement. That makes perfect sense, as the sooner she starts putting money away, the more time it will have to benefit from the power of compounding investment returns and the larger her nest egg will be at retirement. Indeed, starting to save in one’s 20s instead of 30s can translate to hundreds of thousands of dollars more in savings over the course of a long career.

How Much Do You Really Need To Save For A Secure Retirement?

As for your suggestion that your daughter open a Roth IRA, one can certainly argue whether someone is better off doing a Roth or traditional deductible IRA. But given your daughter’s situation, a Roth IRA would seem a reasonable way to go.

Why? Well, traditional IRAs and Roth IRAs are essentially mirror images of each other. When you contribute to a traditional deductible IRA, you get a tax deduction today, but you’ll owe income tax on your contributions and investment earnings when you withdraw the money. Contribute to a Roth IRA, on the other hand, and you forgo a deduction, but withdrawals from your account are income-tax free. (This assumes you meet the rules for contributing to and withdrawing funds from a traditional IRA or Roth IRA, which are laid out in IRS Publication 590-A and 590-B.)

The difference in the timing of these tax benefits means that you’re generally better off doing a Roth IRA if you think you’ll face a higher tax rate when you withdraw your money than when you put it in, as you’ll have paid tax at lower rate when you contributed your dough and avoided a higher rate when you pulled it out. If, on the other hand, you expect you’ll pay tax at a lower rate at withdrawal than when you contribute the funds, the traditional deductible IRA can be the better deal, as you’ll be avoiding a higher tax rate today and paying tax at the lower future rate. (That said, there are some nuances that can make the traditional IRA vs. Roth IRA decision more complicated than I’ve described here.)

Of course, predicting future tax rates is an iffy business. Still, the fact that your daughter is just starting out and working only part-time suggests she’ll probably be in a lower tax bracket today than in the future, which argues in favor of the Roth IRA.

This much is certain, though: If your daughter follows your advice and sticks with it over the years, she should be able to build an impressive retirement savings stash. For example, if she contributes the current IRA maximum of $5,500 a year starting now and continues to sock away that amount annually, she would end up with an income tax-free Roth IRA balance of roughly $1 million at age 65, assuming a 6% annual return. In fact, even if she contributes $5,500 a year to a Roth IRA for just the next 10 years and doesn’t add another cent after that, she would still end up with an account worth almost $500,000 at 65.

It’s also worth noting that, unlike with a traditional IRA, you can withdraw your Roth IRA contributions (although not investment earnings) at any time without tax or penalties. Not that I recommend your daughter think of her Roth IRA stash as money she should tap before retirement—she shouldn’t. Rather, she should have a few months’ living expenses in a savings account for emergencies and such. Nonetheless, her original Roth contributions would be available to her in a real pinch.

25 Quick Tips That Can Improve Your Retirement Prospects

Chances are, however, that a Roth IRA won’t be your daughter’s primary retirement savings vehicle. Once she gets out of school and launches her career, she’ll probably end up doing most of her retirement savings in a 401(k) or similar workplace retirement plan. Still, any money she manages to put in her Roth IRA in the meantime—or contribute on top of what she saves in her 401(k)—can end up being a significant part of her eventual nest egg and make for a more comfortable and secure retirement.

As for how your daughter should invest her Roth funds, I’d recommend keeping it simple. For example, by divvying up her money between just two low-cost index funds—a total U.S. stock market index fund and the rest in a total bond market index fund—your daughter can have a broadly diversified portfolio that will allow her to participate in the long-term growth of the U.S. economy and financial markets.

Or she can make things even easier on herself and invest in a target-date retirement fund, a type of fund that starts with mix of stocks and bonds appropriate for your age and gradually becomes more conservative as you near retirement. For more on where to find low-cost index funds and target-date portfolios, check out this article on how to build a simple-but-effective retirement portfolio.

How To Balance Risk Vs. Safety When Investing For Retirement

One final nutsy-boltsy issue: Although IRA rules allow for a maximum contribution this year of $5,500, your daughter must have earned income of at least $5,500 to contribute that amount. If her part-time gig pays her, say, only $4,000 for the year, then the most she can contribute is four grand. That said, as long as your daughter earns enough to contribute to the account, the actual money going into the IRA doesn’t necessarily have to come from her. For example, if your daughter earns enough to make a contribution, but doesn’t have enough cash left after living expenses to fund the account, you could always give (or lend) her the money she needs to do so.

So, all things considered, I think you encourage, entice, cajole, sweet-talk…do whatever it takes to get your daughter to begin saving for her retirement But whether she does that with a Roth IRA or traditional deductible one, an early start will significantly improve her prospects for a secure post-career life. (7/1/17)