Hoping You Won’t Outlive Your Savings? Tilt the Odds In Your Favor 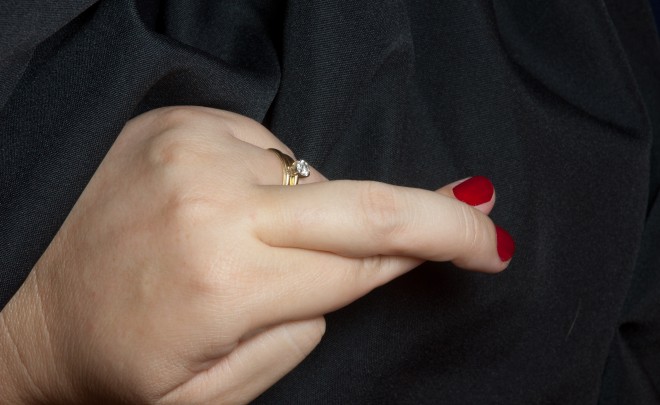 If you’re like most people in or nearing retirement, you’re probably at least a bit worried about running through your savings too quickly. There’s an investment that may be able to help you: an immediate annuity.

Ah, annuities. Some people hate them, in part because many come with onerous fees. Economists tend to like them, mostly because the right type can provide an efficient way to maximize the spending income you can draw from your retirement savings while also assuring you won’t outlive your nest egg.

I think it’s fair to say, though, that most people are simply confused by annuities. They just don’t understand how they work. So even though many retirees like the idea of reliable lifetime in theory, they’re leery of putting any of their savings into an investment they consider a bit of a mystery (and may have heard bad things about).

Well, a bit of skepticism is a good thing when it comes to any investment. And annuities certainly aren’t for everyone. That said, there’s one type of annuity that I believe can sometimes play a role in generating steady and reliable income during retirement: an immediate annuity.

But before you can make an informed decision about whether such annuity is right for you, you need to know how this type of annuity works. Here’s a hypothetical scenario that should shed some light.

Let’s say that you and a bunch of your friends, all age 65, would like at least some of your savings to generate steady income you can count on throughout retirement. So you decide that each of you will kick in the same amount of money—let’s say, $100,000, although the amount could be higher or lower—to an investment account. For monthly income, you then divide among the group whatever money your pooled funds earn.

You also agree to return a portion of each group member’s original principal every month so that you have more than just investment earnings to spend. You take care not to tap into the principal too deeply, however, as you want to be able to rely on it well into your dotage.

And then you and your fellow retirees make one more stipulation: Each time someone in your little group dies, the investment gains and the principal distribution that would have gone to that person is split among the other members. In effect, this is a little extra bit of income no one in the group would have been able to get investing on his or her own.

The scenario I’ve described pretty much explains how an immediate annuity—or an income or payout annuity as it’s sometimes known—works, with some significant differences.

To begin with, people don’t create immediate annuities on their own. Insurance companies do (although you may actually buy the annuity from a broker, financial planner or other adviser, or even from your bank.) And while the example above involved a small group of people of the same age investing the same amount of money, insurers’ annuities are bought by thousands of people of different ages (although they tend to be older) investing a range of sums.

And while the monthly payments the group received in our example could vary from month to month based on investment earnings and whether or not someone died, you know in advance how much you’ll receive each month with an immediate annuity (although some immediate annuities may increase their payments based on the inflation rate or other factors). Insurers are able to tell you how much you’ll receive because they hire actuaries to project how many annuity owners will die each year, and the companies’ investment analysts forecast investment returns.

What really separates an immediate annuity from the scenario I described above is that no group of people pooling their assets can guarantee that they’ll get payments as long as they live. Investment returns could plummet. The group members could distribute too much principal early, requiring a reduction in payments later on. Or maybe enough hardy members live so long that the pool of assets runs dry while they’re still alive.

That’s not to say that an insurer couldn’t fail. But such failures are rare. And you can largely protect yourself against that small possibility by diversifying—i.e., spreading your money among annuities from several insurers—and limiting the amount you invest with any single insurance company to the maximum coverage provided by your state’s insurance guaranty association.

In short, an immediate, or payout, annuity gives you something that you can’t duplicate on your own with other investments: an attractive level of current income combined with a very high level of assurance that those payments will continue as long as you live. (You can also structure payments to continue as long as either you or your spouse is alive.)

That assurance comes with a condition: You give up access to the money you invest in an immediate annuity. (Some annuities allow you to get at least some of your investment but you’ll receive a lower payment and erode the benefit of buying an annuity in the first place.) There’s simple way to deal with that condition, though—namely, invest only a portion of your assets in an immediate annuity and leave the rest in a portfolio of stocks, bonds and cash.

Bottom line: If you would like to have a reliable source of lifetime income beyond what you’ll get from Social Security, I think it makes sense to at least consider putting some (but not all) of your savings in an immediate annuity. You can go to a calculator like the one in my ToolKit section  to see how much income you might receive given your age, gender and the amount you’re willing to invest.

I realize this explanation may be more than any sane individual wants to read about annuities. But if you for whatever reason have an appetite to delve even deeper into the world of annuities, I suggest you take a look at this paper by Wharton professor David Babbel and BYU prof Craig Merrill. As annuity literature goes—and by the way, annuities do find their way into actual literature, to wit Jane Austen’s work —it’s a pretty easy, and worthwhile, read.  (6/30/14)