Drink That Latte! Or 3 Ways To Save And Still Enjoy Life 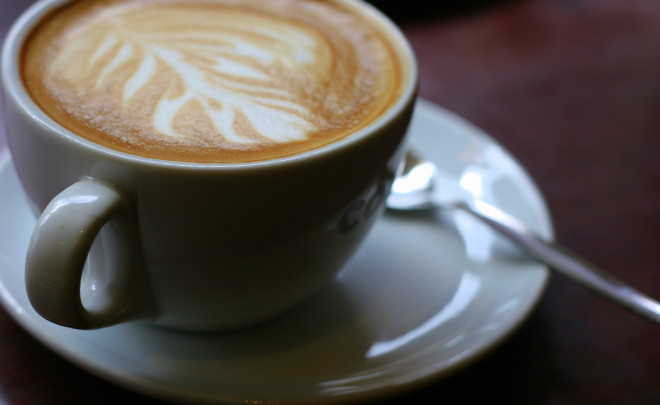 You’ve heard of the Latte Factor approach to saving: Eliminate small nonessential outlays—like the $5 you spend daily on lattes or other treats—and you can end up with an extra $150,000 or so over the course of  30 years. Well, I have a better idea: Enjoy life’s little pleasures—your latte, Dunkin’ or other indulgences—and focus instead on more realistic ways to build a retirement nest egg.

I’m all for being careful about spending. But the idea that you’re going to end up with a big fat sum by forgoing small treats—in my case, Boston Creme donuts—and investing the money you would have spent on them strikes me as, shall we say, impractical.

For one thing, to get that $150,000, you would have to invest $35 a week and earn a 6% return every year for 30 years. But come on, who has the discipline to sacrifice life’s little pleasures day in and day out for decades—and then follow through by setting aside that $5 every day and investing $35 at the end of each week? Even if you were able to pull it off, do you really want to live like you’re on a perpetual diet?

Check Out: 10 Smart Ways To Boost Your Investment Returns

Fortunately, you don’t have to live like an ascetic to build a retirement nest egg. Besides, it turns out savoring rather than denying yourself little treats is the better way to go anyway. In a paper titled “If Money Doesn’t Make You Happy, You Probably Aren’t Spending It Right,” researchers conclude that many small delights make us happier than a few large ones, noting that “it may be better to indulge in a variety of frequent, small pleasures—double lattes, uptown pedicures, and high thread-count socks— rather than pouring money into large purchases, such as sports cars, dream vacations, and front-row concert tickets.”

So how can you drink your lattes—or double lattes—and have your retirement nest egg too? Here are three tips:

1. Focus on big-ticket items. Asked why he robbed banks, career criminal Willie Sutton supposedly answered “because that’s where the money is.” In fact, a reporter made up the quote, but no matter. You should apply that reasoning to saving—that is, target your efforts where you’ll get the biggest payoff.

A quick look at the Department of Labor’s Consumer Expenditure Survey shows the single biggest items in the typical American’s budget is housing. So if instead of buying a $250,000 house, you go with a more modest $200,000 number, you might lower your mortgage, property taxes and insurance costs by roughly $250 a month. Assuming a 6% annual return from a low-cost diversified portfolio over 30 years, you’re talking an extra $245,000.

Check Out: 3 Easy Moves That Can Boost Your Nest Egg By 60%

Other areas that can prove fertile hunting grounds for big savings, include cars, vacations, electronics, college expenses and, of course, investment fees. The actual savings you reap will depend on the particulars of your situation. In the housing example above, I assumed a 20% down payment, 4.2% 30-year fixed mortgage, property taxes and insurance equal to 1.5% of the sales price and ignored income taxes to keep things simple. But the precise number isn’t important. The idea is what matters—namely, that by cutting back on a big expense, especially one you incur regularly like a house or car payment, you can boost the eventual size of your retirement nest egg.

2. Make it automatic. Merely cutting expenses doesn’t guarantee more savings. You also need to make sure that the money you free up by buying a less expensive home or car isn’t simply diverted to new spending. The best way to do that: Lock in your savings by enrolling in your 401(k) or other company payroll deduction plan and contributing at least enough to get the full employer match. If you don’t have a 401(k) or you can also afford to save money outside your employer’s plan, sign up for an automatic investing plan that transfers money from your checking account to a mutual fund every month.

By arranging to have money go from your paycheck or your checking account every month without you having to make a conscious decision to move money to your savings or investment accounts via a phone app, an online transfer  or even by writing out a check, it’s more likely that the dough no longer going to expenses will be saved rather than spent on other things.

Check Out: How To Double Your Nest Egg In 10 Years

3. Overcome your fear of commitment. One reason it’s more difficult to save than spend is that spending provides immediate gratification, while saving pays off in the distant future. But there are a number of ways to effectively trick yourself into saving.

One such technique known is a “commitment device,” which is a fancy term for getting yourself to do something you know you should but lack the discipline to pull off on your own. Go to Stickk.com, for example, and you can choose, or commit to, a savings goal of your choice—say, accumulating $500 a month, or $6,000 over the course of a year. If you fail to hit that target, you agree that you’ll pay a penalty—perhaps $100—to a person or organization you’re not especially fond of. If you’re a Republican, for example, that might mean making a contribution to a  Democratic candidate. That provides the incentive for you to meet your goal. Or, you can use a carrot instead of a stick. For example, you might reward yourself with a new tablet or smartphone, if you manage to save a certain amount over the course of a year.

Ultimately, you have to find a way to save that makes the most sense for you. But you’ll increase your odds of success, by devising a strategy you’ll actually be able to stick to and thus more likely to lead to a larger nest egg down the road.   (3/10/15)