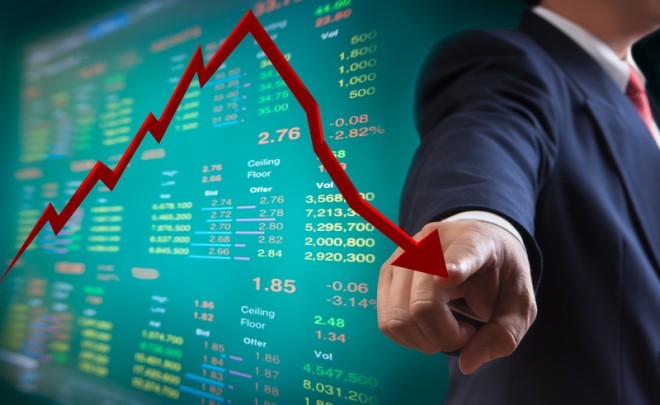 At some point the volatility that’s been roiling the stock market this year will culminate in a good old-fashioned market meltdown. But no one knows when that will happen. So you don’t want to do anything beforehand to protect yourself that may turn out to be ineffective or even hurt your portfolio’s performance in the long run. Here are three common strategies investors employ to insulate themselves from market setbacks that you should avoid.

Flawed Strategy #1: Going to cash. On the face of it, this may seem like a savvy move. After all, we know with the benefit of 20/20 hindsight that if investors had exited stocks just as the market hit its pre-financial crisis high back in October, 2007 and then re-entered the market in March, 2009 when prices troughed, they would have avoided a near-60% drop in stock prices and caught the subsequent sharp rebound.

But is pulling off such a nimble move likely in real time? I think not. After peaking in October 2007, stock prices fell nearly 20% until early March 2008, and then reversed course and rose 12% through mid-May—a turnaround that at the time could easily have been viewed as a recovery rather than a brief respite from what we now know was a prolonged slide. Similarly, even even after stock prices hit bottom in 2009 and began to surge, the recovery didn’t proceed in a straight upward line. Indeed, stock prices slid back by more than 15% in 2010 and by nearly 20% in 2011. So even if an investor had been sitting in cash back in 2009 waiting to profit from a rebound, he couldn’t really know that prices had actually bottomed out and that a strong bull market was underway.

The notion that investors will be able to predict when stocks will plummet, when they’ve hot bottom and when the recovery will begin is a fantasy, and attempting to time the market’s gyrations is more likely to lead to bailing out of stocks too early (and potentially missing gains) and getting back in too late (and missing out on more gains).

Check Out: How To Prepare For the Next Market Downturn

Flawed Strategy #2: Dollar-cost averaging. The technique of moving your money from cash into stocks and bonds gradually over the course of a year or so rather than investing it all at once is often trotted out when the markets get volatile and investors are worried about an imminent downturn. But while this strategy may be emotionally appealing, it doesn’t make a lot of financial sense. You’re better off determining an asset allocation that jibes with your tolerance for risk and investing your money in accordance with that mix rather than tiptoeing in a bit at a time.

Here’s an example. Let’s say you have $60,000 in cash that you want to invest and you’ve decided that a mix of 50% stocks and 50% bonds represents the right balance of risk vs. return for you. You could simply invest your sixty grand all at once, immediately putting $30,000 into stocks and $30,000 into bonds. Or, if you buy into the dollar-cost averaging idea, you could move it in gradually, say over the course of a year, investing $5,000 each month ($2,500 in stocks, $2,500 in bonds). If you go the dollar-cost averaging route, what you’re really doing is taking a year to get to the 50% stocks-50% bonds asset allocation you set, during which time your money will be invested too conservatively. After three months, for example, 75% of your $60,000 would be in cash, 12.5% in stocks and 12.5% in bonds. (To keep things simple, I’ve excluded the effect of returns, if any.) In short, you’re undermining the 50% stocks-50% bonds mix you set.

If you’re so fearful of a market setback that dollar-cost averaging is the only way you’ll get your money invested, fine. But if that’s the case what you really need to do is re-examine whether your current asset allocation strategy is right for you.

Flawed Strategy #3: Shifting your money into “defensive” sectors. Here, the idea is that rather than abandoning stocks entirely and going to cash in anticipation of a downturn, you instead shift assets into sectors such as utilities or consumer goods companies that have a reputation for holding up better during market setbacks and periods of economic stress. Sounds good, but in a full-blown market meltdown, even defensive sectors may not offer much shelter.

For example, during the market downturn that lasted from October 2007 through March 2009, the funds that make up Morningstar’s utility sector lost 47%, while the consumer defensive category fell roughly 40%. Granted, those setbacks weren’t as bad as the 55% hit the broad stock market took during that period. But I doubt that losses of 40% or more qualify in most investors’ minds as protection.

Check Out: 10 Savvy Ways To Boost Your Investing Results

Bottom line: It would be nice if there were some way to predict the market’s ups and downs and shift your investments accordingly. But until some 19-year-old college dropout comes up with an app to do that, the best way to prepare for market setbacks is to go to a good asset allocation-risk tolerance tool and settle on a stocks-bonds mix that can generate the returns you need to build a retirement nest egg and live off it in retirement while offering enough protection so you won’t bail out of stocks in a panic during severe slumps.   (10/20/15)