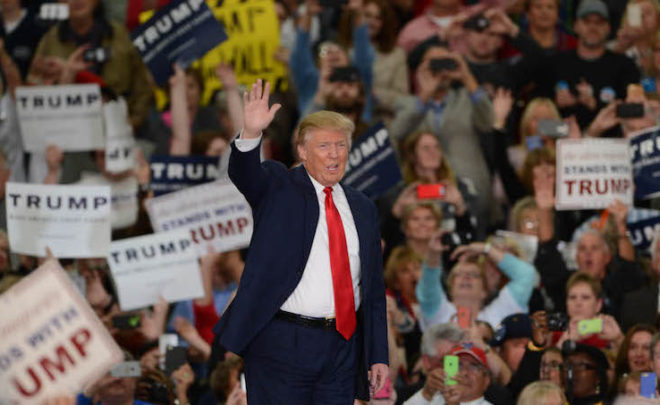 Trump, Trump, Trump, Trump. Trump. Everywhere you turn these days people are hypothesizing about ways a Trump administration might affect your retirement prospects. But while this unrelenting focus may be understandable (and even possibly helpful), it can also be a bothersome distraction perhaps even enticing you to make moves you may later regret. Here’s how to put “Trump-o-mania” in perspective and keep your focus on preparing sensibly for retirement.

I suppose that following president Trump’s every tweet and public pronouncement and then trying to tweak your retirement strategy in response might make sense if we had a better sense of what his various retirement-related policies will actually be and knew what effect they’ll ultimately have. But for now at least, neither of those two things is completely clear.


Thus, when brokerage firm Edward Jones surveyed 1,015 people in late January and asked them about the impact the new administration would have on their retirement savings and income strategy, 30% said they thought the impact would be positive, 27% believed it would be negative and the remaining 43% didn’t know, refused to answer or didn’t envision any impact at all.

Do You Have Enough Retirement Savings For Your Age?

And that’s the point. While there’s a lot of speculation about what the new administration’s policies might affect everything from the economy and the financial markets to specific retirement programs like Social Security and Medicare, no one really knows how things are going to play out. Even in the case where we do have something a bit more concrete to go on—i.e., last week’s executive order directing the Department of Labor to re-assess the fiduciary rule that was scheduled to take effect in April—the extent to which this action will affect your ability to effectively plan for retirement remains unclear.

How, then, should you prepare for retirement given such uncertainty?

Well, the first thing to do is remind yourself that planning in the face of uncertainty is hardly new. Investors have long had to deal with the possibility of unexpected economic setbacks, shifts in tax rates, disruptions in stock prices, fluctuations in interest rates, not to mention other disruptions (the 2008 financial crisis, the overhaul of the health insurance system with Obamacare, last summer’s Brexit vote, to name a few). It’s not as if prior to the Trump ascendancy to the presidency the financial world was a placid and predictable place.

Is Now The Right Time To Invest Your Savings In The Stock Market?

Which means that your long-term retirement strategy should remain fundamentally the same. If you’re preparing for a retirement that’s a decade or more away, saving enough to build an adequate nest egg should be your primary aim. That was true before Donald Trump occupied the Oval Office and it will remain the case long after he leaves. If, on the other hand, you’re retired or nearing retirement, then managing withdrawals from your nest egg so that you don’t deplete it prematurely should be your main focus.

There’s no single savings or withdrawal rate that’s right for everyone, but you can get an idea of what makes sense for you by going to a good online tool like T. Rowe Price’s Retirement Income Calculator, which you’ll find in the Tools & Calculator’s section of RealDealRetirement.com. By checking back periodically, you can see whether you’re still on track and, if not, fine-tune your planning.

When it comes to investing your retirement savings, you’ll find a steady stream of conjecture and opinion about how the market as well as different types of investments might fare under a Trump regime. Last week, for example, J.P. Morgan took a cautious view of small and midsize stocks due to concerns about a potentially protectionist trade policy. Meantime, investors bid up the price of bank stocks on news that president Trump plans to roll back the 2010 Dodd-Frank financial reform legislation.

If you want to invest based on what new administration’s policies may or may not mean for stocks overall or specific market sectors, feel free. But why engage in what amounts to a fruitless guessing game? You’re better off using a tool like Vanguard’s risk tolerance-asset allocation questionnaire to create a low-cost diversified blend of stocks and bonds that makes sense given your time horizon and tolerance for risk. Then stick with that mix regardless of what’s happening in the market (or what prognosticators think will happen). In other words, go with what worked before the Trump administration came into power and will continue to work when its successor arrives in DC.

As for the retirement-related issue that’s been getting the most attention lately, the president’s executive order on the fiduciary rule, it’s hard to know what the eventual outcome, let alone the effect, will be. In a presidential memorandum, the president requires the Department of Labor to conduct an analysis to determine whether the rule “may adversely affect the ability of Americans to gain access to retirement information and financial advice” and gives DOL the option, if necessary, to issue a proposal to rescind or revise the rule.

How To Turn Your 401(k) Into Reliable Retirement Income

People can and do argue about the extent to which individuals planning for retirement will be disadvantaged if the rule ends up being gutted or tossed out. My take is that no rule or system of adviser compensation can eliminate all conflicts of interests or guarantee an adviser will act with honesty and integrity. So whether the fiduciary rule ends up going into effect as originally planned or not, you still need to do what prudent investors and planners should always do—i.e., check the background of any firm or adviser you’re considering dealing with, get details in writing of all fees you’ll pay and ask outright how the adviser will handle the conflicts when your interests and his don’t align. If the adviser claims he has no conflicts, I’d take that as a sign to launch a search for another.

It’s always possible, of course, that at some point you might have to revise your strategy to deal with the effects of some new policy or, for that matter, just the usual ups and downs of the economy and the markets. So you want to stay abreast of any developments that may affect your retirement prospects and make adjustments if needed.

But the general rule about retirement planning that applies during the Trump administration is the same one that applied during previous administrations and that will apply to those in the future: Unless you can be reasonably sure that making a change will lead to a better result, you’re better off just staying the course.  (2/8/17)