Doing An IRA Rollover? Ask These 3 Questions To Avoid Getting Fleeced 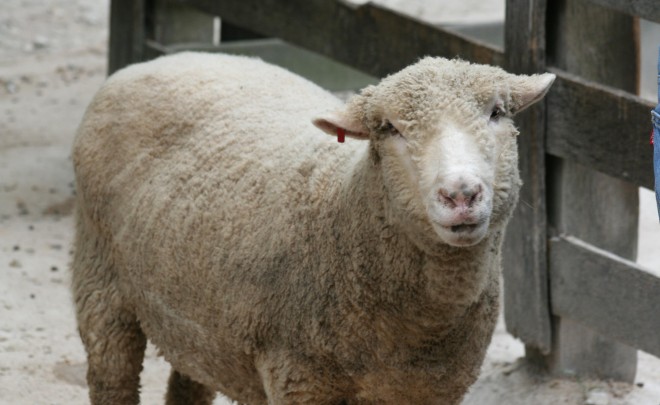 To you, the money you’re thinking of rolling over into an IRA represents a lifetime of saving you’re counting on to sustain you in retirement. But to some financial advisers, it’s a commission honey pot. So before you move it anywhere, be sure to ask yourself these three questions.

If you’re like most people, the savings you’ve accumulated over the course of a career in your 401(k) or IRA is probably the largest sum of money you’ll ever see. The average balance for 401(k) investors in their 60s who’ve been in their plan the longest is $224,287, according to the Employee Benefit Research Institute. The average balance for IRA owners in their early 60s: $147,739. Those are the kinds of sums that get a lot of attention from people touting all sorts of dubious investments.

To avoid ending up in expensive or inappropriate investments—or getting outright fleeced—when you move or reinvest this money, ask yourself the following three questions first.

1. How did you end up with this recommendation in the first place?  If you came up with an investment or a strategy on your own after researching it—or you’re working with an adviser you’re familiar with and whose qualifications you’ve already vetted—fine. Proceed as planned. But many people who are rolling over money from a 401(k) to an IRA—or reinvesting money that’s already sitting in another IRA—are doing so because they’ve been solicited by someone who claims to have planning or investing expertise. Sometimes the approach takes place at an “educational seminar” or a “free lunch.” Other times people hear from co-workers about an adviser who has worked with colleagues at the same firm.

I’m not suggesting that every adviser who drums up business through seminars is doing something illicit. And referrals can be helpful in evaluating different options. Nonetheless, financial regulators were concerned enough about sales practices at lunch seminars several years ago that they issued a special alert about them. A 2013 Government Accountability Office report also warned that the investment firms that manage 401(k) plans may see an IRA rollover as an opportunity to steer plan participants into the firm’s own investment products, even if those investments aren’t in the participants’ best interests.

And, unfortunately, there’s a long and sordid history of advisers gaining the confidence of a few workers at a company and then essentially milking that connection to peddle questionable investments.

Fact is, anytime an adviser you don’t really know approaches you instead of the other way around, skepticism is warranted. Before rolling a substantial amount of money from a 401(k) into an IRA or reinvesting funds already in an IRA, make it a point first to talk to several advisers. You can find the names of financial planners in your area from the Financial Planning Association, the National Association of Personal Financial Advisors and the Garrett Planning Network, a group of planners who are willing to work for an hourly rate or a flat-fee per project basis.

Check Out: 3 Steps Retirement Investors Must Take Now To Survive This Market

By asking questions, listening to their answers and comparing their advice, you’ll be better in a better position to evaluate which makes the most sense for you. And before you sign with anyone, be sure to ask for the professional credentials of the adviser and check to make sure he hasn’t run afoul of regulators such as the SEC, FINRA, and state securities and state insurance regulators.

2. What’s the rationale for the investment? Virtually any investment an adviser recommends is going to sound attractive on the face of it. That’s the nature of a sales pitch. But you need to dig deeper. Why this particular investment? What does it do that others can’t? Every investment has a downside—what’s this one’s? What are the alternatives—and why is the investment you’re suggesting better than alternatives?

In many cases, advisers targeting 401(k) rollovers and hefty sums in IRAs aren’t offering a comprehensive investment strategy, but a particular product. It may be some type of annuity, a specific mutual fund, a managed account, a non-traded Real Estate Investment Trust that pays alluring dividends—or even something offbeat: fishing rights, boat slips, parking spaces, whatever. And therein lies the rub. If you’re investing a lifetime of savings that you’ll be relying on to carry you through a long retirement, you should be getting real advice which involves the adviser evaluating your specific finances and needs, weighing a variety of possible solutions and coming up with a specific strategy that includes a diversified portfolio. You shouldn’t settle for a glorified sales pitch that’s geared toward getting all or most of your money into whatever product the adviser happens to be selling.

3.  Can you show exactly what the recommendation will cost me, in writing? When you turn to a financial adviser for help, one way or another you’re going to pay for his or her services. It could be in the form of a sales commission, a “trail” commission that’s collected over time, a markup on the price of the investment, an annual percentage of assets, an hourly rate or flat fee—or some combination of these.

People can argue about the pros and cons of different compensation systems. I think paying an explicit fee for advice, as opposed to paying for that advice via commissions, is cleaner and clearer. But no system can eliminate all the conflicts of interest that naturally arise between you and an adviser.

Which is why it’s so important that you get the adviser to disclose, in writing, what you’ll be paying for a recommendation and what he’ll be earning from it. Once you get that disclosure, you’ll not only know exactly how much of your savings is going toward fees and other costs that, you’ll also be in a better position to evaluate where conflicts might arise. If all or most of an adviser’s compensation is coming in the form of a large upfront commission from the sale of a particular investment, you have to wonder two things: Is the adviser even considering other investments that don’t pay him as much? And, once he gets the commission, what’s his incentive to follow up to see how you’re doing? (If there is follow-up, will it actually be an excuse to sell another product that earns a new commission?)

If an adviser charges a fee for advice—say 1% of the assets he’s overseeing for you—that may eliminate the conflicts associated with a commission, but not all conflicts. Will the adviser suggest to you that at some point perhaps your investments don’t need monitoring every single year—or admit that after the first year maybe they don’t require as much of his time and thus deserve a reduced rate? Or will he have an incentive to collect that 1%-a-year as long as he possibly can?

Ultimately, there’s no way to guarantee that you’ll end up with a competent and trustworthy adviser when rolling over money from a 401(k) to an IRA or reinvesting funds already in an IRA (or, for that matter, any other time you seek financial help). But if you take plenty of time to do some research, talk to several candidates, apply some common sense and refrain from making a move until you’ve asked and gotten adequate answers to the three questions above, you’ll greatly improve your chances of getting advice you can trust.   (11/8/14)