Confused About Annuities? (And Who Isn’t?) Here’s How Annuities Work 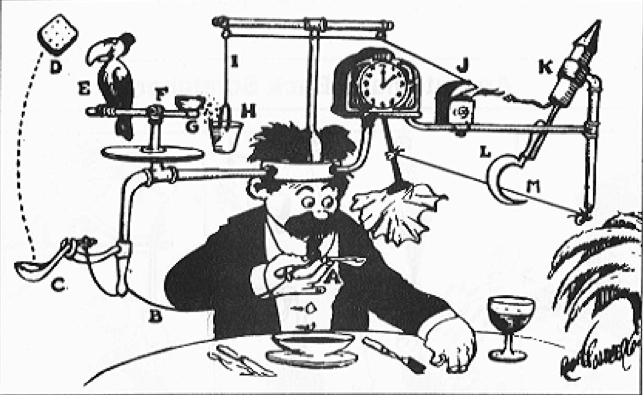 A recent TIAA-CREF survey found that 84% of Americans want guaranteed monthly income in retirement, yet only 14% have actually bought an annuity. One reason may be that most people don’t really understand how the damn things work. Here’s a plain-English explanation.

People preparing for retirement like the concept of an annuity: an investment that generates income you can count on as long as you live no matter how badly the financial markets are misbehaving. But they’re less than enthusiastic when it comes to purchasing them. Economists call this disconnect “the annuity puzzle.”

There are any number of possible explanations for this puzzle. Some people are turned off by the lofty fees some annuities charge. Others may simply prefer following the 4% rule or withdrawing money from their savings on an “as needed” basis. But I can’t help but think that some of the reluctance to “annuitize” is because many people don’t have a clue about how annuities work.

If you think you might want more assured income than Social Security alone will provide, but the blue fog that surrounds annuities is holding you back, here’s a (relatively) simple, (mostly) non-technical explanation of what goes on under the hood of an immediate annuity.

Imagine for a moment that you and a bunch of your friends, all age 65, would like at least some of your savings to generate steady income that you can rely on throughout retirement. So you all decide to kick in the same amount of money—say, $100,000—to an investment account. For monthly income, you then divide among the group whatever money your pooled funds earn that month.

You also agree, however, to return a portion of each group member’s original principal every month so that you have more than just investment earnings to spend. Since you want to be sure this money lasts even if you live beyond life expectancy, however, you’re careful not to tap into the principal too deeply each month.

Check Out: Why You Should Think Twice Before Doing a Roth IRA or 401(k)

Then you and your fellow retirees set one more condition: Each time someone in your little group dies, the monthly investment gains and share of principal that would have gone to that person is split among the remaining members. This amounts to an extra bit of income that no one in the group would have been able to get by investing on his or her own.

The scenario I’ve described pretty much explains how an immediate annuity—or an income or payout annuity as it’s sometimes known—works, with some important differences.

To begin with, people can’t create immediate annuities on their own. You need an insurance company to create an annuity (although you may end up buying the annuity from a broker, financial planner or other adviser, or from your bank.) Another difference: the example above involved a small group of people of the same age investing the same amount of money. In fact, insurers’ annuities are purchased by thousands of people of different ages (although they tend to be older) investing a range of sums.

And while the monthly payments the group received in the scenarios above could vary from month to month based on investment earnings and whether or not someone died, an insurer’s immediate annuity states in advance how much you’ll receive each month (although some immediate annuities may increase their payments based on the inflation rate or other factors). Insurers are able to tell you how much you’ll receive because they hire actuaries to project how many annuity owners will die each year, and the companies’ investment analysts forecast investment returns.

But what really differentiates an immediate annuity from the example above is that no group of people pooling their assets can guarantee that they’ll receive a scheduled payment as long as they live. Investment returns could plummet. The group members could distribute too much principal early on, requiring a reduction in payments later to avoid running out of money. Or maybe enough hardy members live so long that the pool of assets simply runs dry while they’re still alive.

That’s not to say that an insurer can’t fail. But such failures are rare. And you can largely protect yourself against that small possibility by diversifying—i.e., spreading your money among annuities from several insurers—sticking to insurers with high financial-strength ratings and limiting the amount you invest with any single insurance company to the maximum coverage provided by your state’s insurance guaranty association.

In short, an immediate, or payout, annuity gives you more current income than you could generate on your own taking comparable investing risk plus a very high level of assurance that the incomewill continue as long as you live. (You can also opt for payments to continue as long as either you or your spouse is alive.)

That assurance comes with a condition: You give up access to the money you invest in an immediate annuity. (Some annuities allow you to get at least some of your investment but you’ll receive a lower payment and erode the benefit of buying an annuity in the first place.) There’s simple way to deal with that condition, though: invest only a portion of your assets in an immediate annuity and leave the rest in a portfolio of stocks, bonds and cash.

Check Out: 5 Questions To Ask Before Hiring A Financial Adviser

Bottom line: If you would like to have a reliable source of lifetime income beyond what you’ll get from Social Security, it makes sense to at least think about putting some (but not all) of your savings in an immediate annuity. You can go to an annuity calculator like the one in RDR’s Retirement Toolbox to see how much income you might receive given your age, gender and the amount you’re willing to invest.

This explanation is probably more than any sane person wants to know about annuities. But if you for whatever reason have an appetite to delve even deeper into the world of annuities, I suggest you take a look at this paper by Wharton professor David Babbel and BYU prof Craig Merrill. And then consider whether a comprehensive retirement income plan that combines Social Security, an immediate annuity and a portfolio of stock and bond funds is right for you.   (3/21/15)