Can I Create My Own Pension Annuity? 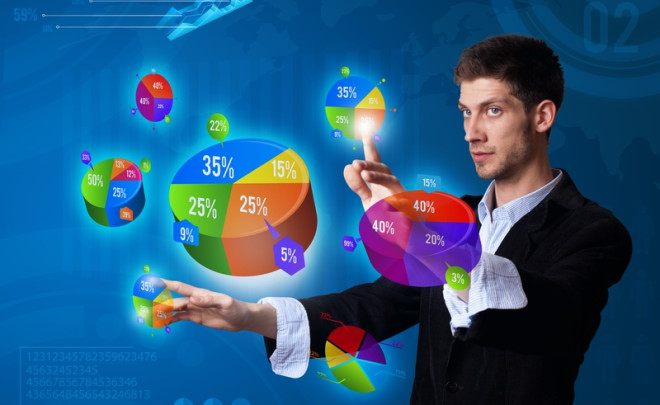 Whenever I read about annuities, I wonder why you can’t create one on your own without an insurance company. Just invest your money conservatively and then watch your expenses so you don’t blow through your savings too soon. Wouldn’t that plan work just as well, if not better, than an annuity?

In theory, at least, it should be pretty simple to do exactly what you describe. And there are plenty of financial advisers more than happy to carry out such a plan for people who don’t like the idea of buying an annuity, but aren’t confident enough about their investing skills to carry out your plan on their own.

But creating income for life that’s as reliable as what you would get from a pension or an annuity isn’t as easy as it may seem. In fact, there are some elements of an immediate annuity—aka an income annuity—that you simply can’t duplicate on your own or for that matter even with the help of an adviser. Which makes it virtually impossible to match an annuity’s lifetime payments investing on your own, unless you take on more investing risk.

Let’s say you’re a 65-old-man who has $100,000 from which you would like to draw a stable and reliable income for the rest of your life. If you go to an immediate annuity calculator, you’ll find that at today’s interest rates forking over $100,000 to an insurer for an immediate annuity would provide guaranteed lifetime payments of about $540 a month for a man that age. (The payments would be a bit lower for a 65-year-old woman, as women generally live longer than men.)

So the question is, could you generate the same or higher monthly income investing on your own? Well, since you don’t want to run the risk of incurring investment losses that could deplete your savings too soon, you’ll want to stick to a pretty secure investment, say, 10-year Treasury bonds, which recently yielded about 2% annually. If you assume that you put that $100,000 into 10-year Treasuries yielding 2% and withdraw $540 each month, your hundred grand would last about 18 years, which means you would go through your savings by age 83.

That’s a problem, since the Society of Actuaries estimates that a 65-year-old man has a life expectancy of 86 to 87, while the life expectancy of a woman the same age is 88 to 89. And many, many people will live well beyond their life expectancy. In short, you have a very good chance of running out of money before you run out of time.

Check Out: 3 Ways To Make Your Money Last A Lifetime

So why not just invest for a higher return? You can try, and assuming you get that higher return, your money would last longer. At a 4% annual return your dough would run out in 24 years, taking you to age 89. At 5%, it would last almost 29 years, taking you to age 94. But the higher the return you shoot for, the more risk you take and the more volatile your returns are likely to be (fluctuating not just year to year but month to month). If you run into a market setback or string of subpar returns, your savings could run out years sooner than projected. You can see the probability that your money will last given different mixes of stocks and bonds by going to the retirement income calculator in RDR’s Retirement Toolbox.

The reason it’s so hard to duplicate an annuity’s payments is that annuities have a unique feature that allows them to pay more income than you can generate by investing on your own. When insurers set the payments annuity investors will receive, they know that some annuity owners will die sooner than others. So in calculating the payments annuity owners will get, insurers can factor in “mortality credits,” which is insurance-speak for the money that’s effectively transferred from those annuity owners who die early to those who live a long life. So an annuity payment includes not just investment gains and the return of your original investment, but this additional “mortality credit” income as well.

Of course, if you die early, you’re the one providing the mortality credit to others. But that doesn’t mean buying an annuity was a lousy deal any more than buying homeowners insurance was a mistake because your house never burned down. Fundamentally, an annuity is an insurance policy, except that instead of insuring against an early death as life insurance does, an annuity is insurance against living so long that you run through your savings.

Like any investment, immediate annuities have drawbacks. Typically you have little or no access to your money once you buy such an annuity. So investing all or even most of your money in one is generally a no-no, as doing so would leave you short of cash to meet emergencies and the like. You’ll also want to have a sizable chunk of your retirement savings invested in stock and bond mutual funds for growth so you can maintain your living standard in the face of rising prices (and, possibly, have something left over to leave to heirs, if you wish). But if you want more assured income than Social Security alone can provide, then putting a portion of your savings into an immediate annuity may make sense.

Confused About Annuities? (And Who Isn’t?) Here’s How They Work

Even if that’s the case, however, take some time to shop around, as payments can easily vary by 10% or so from one insurance company to another. You’ll also want to consider different payment options. For example, by choosing a “joint-and-survivor option,” you can assure that a spouse will continue to collect payments after your death. Stick to annuities issued by insurers with high financial strength ratings from companies like A.M. Best and Standard & Poor’s, and as a further safety precaution, diversify by splitting your investment between two or more highly rated insurers, taking care to limit the amount you invest with any single insurer to the maximum coverage offered by the state insurance guaranty association in your state. Finally, to avoid committing all your funds when interest rates (and annuity payments) are at or near a low point, consider investing smaller amounts over the course of a few years rather than one large sum all at once.

Bottom line: An annuity certainly isn’t for everyone. So if you decide that you’re not a candidate, fine. But don’t come to that conclusion in the mistaken belief that you can replicate an annuity’s benefits on your own.    (3/30/15)