Can A TV Commercial Offer Valuable Investing Insights? Actually, Yes, It Can 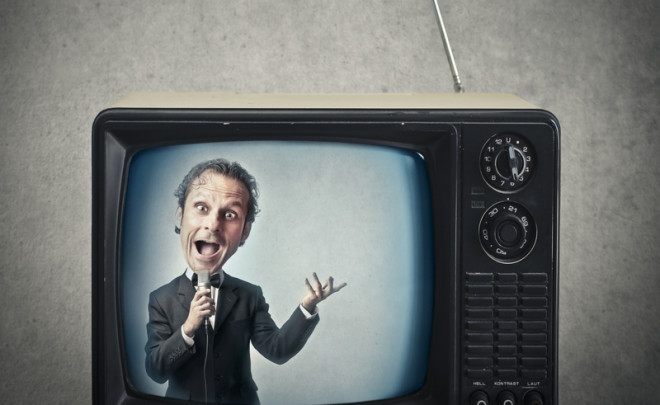 It’s not often that I get worthwhile insights about investing while watching financial programs on TV. And rarer still that I get nuggets of wisdom from a commercial. But that’s exactly the combination I experienced last week. For more about the valuable lesson I picked up from a TV ad spot—and how you might apply what I learned to your own investing and planning—read on.

There I was, plodding along on the treadmill, tuned into a popular investing show, working up a sweat as a series of stock charts flashed before my eyes and a relentless stream of company news, market data and miscellaneous factoids entered one ear and exited the other. Then, the program cut to a commercial and to my surprise I saw something on the screen that was actually worth watching: a commercial titled “Separating Knowledge From Financial Noise.”

This 30-second spot from Invesco begins as a man awakens to a beeping alarm, only to find four financial advisers looming over his bed, jabbering at him all at once. It’s an unintelligible cacophony of investment babble. All you can make out are occasional little snippets: “Is the Fed pushing down stock prices?,” “click here,” “bold value equity investing,” “The best thing to do is..”

The blather continues as the advisers crowd into the shower with him, then surround him on the escalator on his way into his office. He ducks into the men’s room for a respite from the chatter, but the quartet is in there too, still nattering away nonstop. The commercial ends with the poor fellow in a sauna with a towel draped over his lap, the advisers hovering around him, still prattling away.

Maybe this commercial resonated with me because, like the guy being pursued by the blithering advisers, I felt that I too had been subjected to a tsunami of financial information of questionable practical value during my time on the treadmill (although, admittedly self-inflicted in my case; I could have watched re-runs of Bonanza on TV Land). But the commercial’s main message—that financial noise is everywhere and you’ve got to separate knowledge from noise—is an important one that investors need to hear.

Check Out: The Best Way to Invest For Retirement Income

In today’s up-to-the-nanosecond 24/7 news cycle, we’re awash in financial information. It comes not just from advisers, as in the commercial, but websites, social media, TV, radio and other media. And since we hear instantly whether the Chinese stock market is tanking or recovering, which companies are beating or missing their earnings estimates and what the Federal Reserve chief may have mused in the past few minutes about the possibility of interest rate hikes, many investors feel compelled to act on this information. They believe that by moving quickly they can gain an edge over slower-moving fellow investors and capitalize on this information, in effect turn it into superior returns.

That is a dubious assumption to say the least. Just because we know what’s going on now doesn’t mean we can divine the future. Take Google. Two weeks ago it rose 16% in a single day. But investors who saw that jump as an indication that Google was revving up for even bigger gains may have had second thoughts last week when Google appeared on a list possible stocks to “short,” or bet against. Fact is, despite the access to reams of information no one really knows which path a stock or the market or interest rates will take. People who think they do are overconfident.

Check Out: How Much Retirement Income Will $1 Million Generate?

So what’s the best way to deal with this information overload? Well, the Invesco commercial suggests working with an adviser who can bring some perspective to this cascade of data. And I suppose that’s reasonable enough, although it raises the issue of how to pick the right adviser—i.e., one who’s honest and competent and whose services you can afford.

But there’s another approach that you can take on your own (or for that matter follow with the help of an adviser). And that is to basically ignore the noise—or at least don’t act on it—and instead create a broadly diversified mix of low-cost index funds or ETFs that reflects your investing goals and tolerance for risk (which you can gauge by completing this risk tolerance-asset allocation questionnaire). Aside from periodic rebalancing, you should largely stick with that mix whatever the nattering nabobs of the investment world may be rattling on about.

In the meantime, if you haven’t seen the commercial I’m talking about, or a second version that has a couple being hounded by noisy advisers, I recommend you check them out. And then find a nice quiet place where you can decide how best to prevent investment noise from disrupting your investing plan.  (8/4/15)