Are Roth IRAs and 401(k)s Being Oversold? 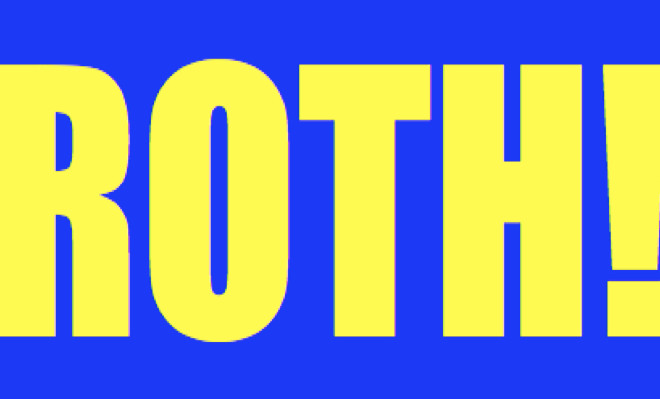 Even assuming a Republican Congress doesn’t go along with the tax hikes president Obama has proposed, the mere fact that talk of higher taxes is in the air could very well make Roth IRAs and Roth 401(k)s even more popular than they already are. But is that necessarily a good thing?

For years, the conventional wisdom held that you were better off saving for retirement in a Roth IRA or Roth 401(k) rather than the traditional versions, provided you expect to face a higher tax rate in retirement than when you make the contribution. This makes sense because you would be paying tax at a lower rate upfront and avoiding a higher tax bill down the road when you withdraw your contribution and earnings tax-free.

Check Out: Can You Afford To Retire Early?

Lately, however, it seems more people are challenging this view, and suggesting that you may still be better off in a Roth even if you end up in a lower tax rate when you withdraw the money in retirement. For example, T. Rowe Price released research last year showing not only that a Roth IRA or Roth 401(k) could generate more income in retirement than a traditional account for people who drop to a lower tax rate; it also showed that even older savers—people in their 50s and early 60s—who fall into a lower marginal tax rate in retirement could come out ahead with a Roth.

But while this can be true—and there may also be other good reasons to fund a Roth—it’s hardly a given. So if you think you may end dropping to a lower marginal tax rate in retirement, you should be aware of a few important caveats before doing a Roth, especially if you’re nearing retirement age.

Check Out: The 4 Biggest Retirement Blunders

For example, according to T. Rowe Price’s analysis a 55-year-old in the 33% tax bracket today who retires at age 65 would receive 9% more retirement income by making a contribution to a Roth 401(k) or Roth IRA instead of a traditional account, even if he slipped into the 28% tax bracket upon retiring.

But the $24,000 he puts into the traditional 401(k) also gets him a tax deduction, which at a 33% pre-retirement tax rate effectively frees up $7,920 he can invest in a separate taxable account. If that account also earns 7% a year, after 10 years the 55-year-old would end up with $2,361 more in the traditional 401(k) plus the taxable account as he would with the Roth.

But wait. He must also pay taxes on gains in the taxable side account. Assuming he pays tax each year at a 33% rate before retiring, that would effectively reduce his after-tax return in the taxable account from 7% to roughly 4.7%, giving him a total after-tax balance in the traditional 401(k) plus side account of $694 less than the Roth.

In short, it’s the drag of taxes on the money invested in the taxable side account that allows the Roth to come out ahead. Or, to put it another way, the Roth wins out in this scenario because it effectively shelters more of your money from taxes than a traditional 401(k) plus the separate taxable account.

But anyone, young or old, hoping to capitalize on this advantage by choosing a Roth IRA or 401(k) over a traditional account needs to be aware of two things.

First, as this example shows, the advantage the Roth gets from this tax-drag effect is relatively small. It can take many years for the Roth to build a meaningful edge in cases where someone slips into a lower marginal tax rate in retirement. In the example above, the Roth account is ahead by only 1.5% after 10 years. And if that 55-year-old were to drop from a 33% tax rate to a 25% rate in retirement, the Roth account would actually still be behind by about 1.5% after 10 years.

So for the 55-year-old to get that extra 9% of retirement income, the T. Rowe Price analysis assumes that the contribution made at age 55 not only stays invested until retirement at 65, but is withdrawn gradually over the course of 30 years (and earns a 6% annual return during that time). Which means at least some of the funds must remain invested in the Roth as long as 40 years.

The second caveat is that to take full advantage of the Roth’s tax-shelter benefits, you must contribute the maximum allowed or something close to it—specifically, enough so that you would be unable to match the aftertax Roth contribution by putting the pretax equivalent into a traditional account.

For example, had the 55-year-old in the scenario above been investing, say, $10,000 in the Roth instead of the maximum $24,000, he could have simply invested the entire pretax equivalent of his Roth contribution ($14,925 in the 33% tax bracket) in the traditional account instead of splitting his money between the traditional account and the separate taxable account. Doing so would eliminate the tax drag of the taxable account as well as the Roth’s 9% income advantage. Indeed the Roth account would provide 7% less after-tax income over 30 years than the traditional 401(k).

The upshot: Unless you’re willing to make the maximum contribution to a Roth IRA or 401(k) or amount approaching that limit, dropping into a lower tax bracket in retirement could do away with much, if not all, of the expected advantage of going with a Roth. (The Roth might still come out ahead over a very long time since you can avoid required minimum distributions from your account and pay tax on them).

Check Out: How To Tell If You’re On Track To A Secure Retirement

There are plenty of compelling reasons to choose a Roth IRA or Roth 401(k), even if you’re unsure what tax rate you’ll face in retirement. For example, I’ve long been an advocate of “tax diversification.” By having money in both Roth and traditional accounts you can diversify your tax exposure, so not every cent of your retirement savings is taxed at whatever tax rate some future Congress sets on ordinary income.

And since (under current law, at least) there are no required distributions from a Roth IRA starting after age 70 ½, money in a Roth IRA can compound tax-free the rest of your life, after which you can pass it on as a tax-free legacy to your heirs. Roth IRA distributions also won’t trigger taxes on your Social Security benefits, as can sometimes happen with withdrawals from a regular IRA or 401(k).

Check Out: The Right Way To Double The Size of Your Nest Egg in 10 Years

Bottom line: Before doing a Roth IRA or Roth 401(k), take the time run a few scenarios on a calculator like those in RDR’s Retirement Toolbox using different pre- and post-retirement tax rates.Visiting a site like Fairmark.com to review the rules for investing in and pulling money from a Roth to be sure you know what you’re getting into ahead of time is also a good idea. Such steps are even more important if you think you might face a lower marginal tax rate in retirement, and are absolutely crucial if you’re nearing retirement age.

But above all, don’t assume that just because Roth withdrawals can be tax-free that they’re are automatically the better deal.  (1/27/15)

[Note: This version has been revised to make it clear that the scenario with the hypothetical 55-year-old compares a Roth 401(k) vs. a traditional 401(k), not a traditional IRA.]